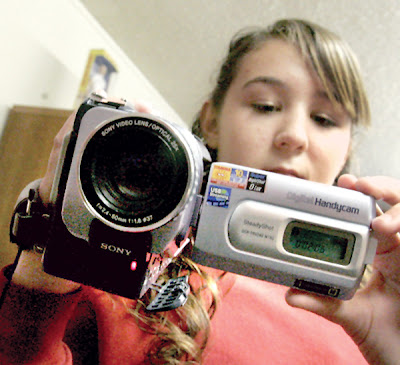 Nothing like finding yourself the center of attention on assignment. While reporting on a school that produces their own television programs I found the cameras turned on us. No pressure, I just switched to autofocus and motored on the camera man. She had enough and then started to film the reporter interviewing classmates. So I photographed the photographer filming a story on a reporter writing a story. That’s pretty simple isn’t it? 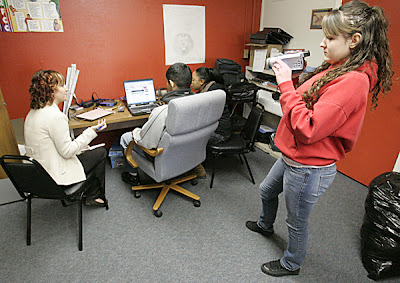 Who is that cute little reporter with the curly rainbow doo?