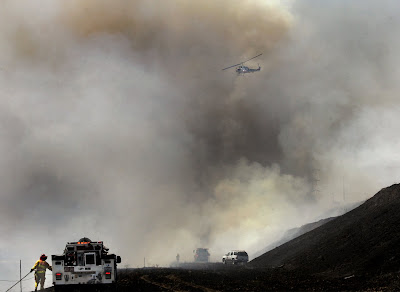 With brown hills around Tracy it was just a matter of time before the first grass fire of the season hit. Wednesday the call came across the scanner of a large grass fire burning off Byron Road toward the pumping plant on Kelso Road. 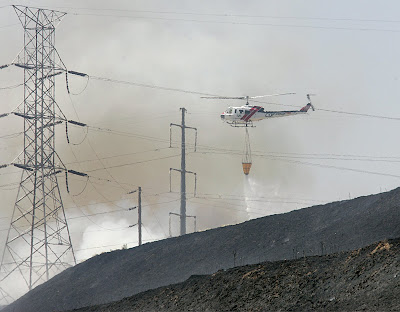 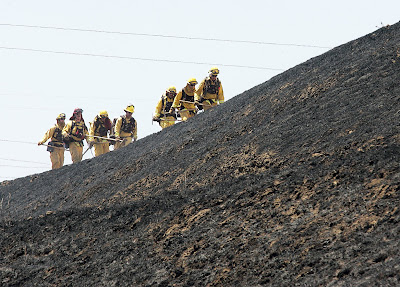 Every summer we see a lot of grassfires and I try to go to the ones that have the most potential for disaster. I try to wait for the first fire crews to get on scene so they can give a description of the fire. They will say the amount of acreage involved the type of fuels involved and the rate of spread of the fire. Little roadside fires may not warrant a photo but the call for this fire included a full response by Cal Fire crews including a helicopter for air attacks on the blaze. 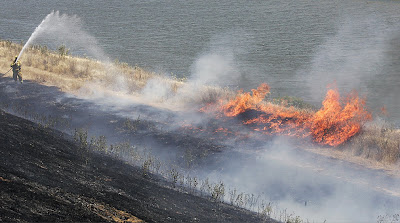 The fire was burning along a levee of the Delta Mendota canal leading to the C.W. Jones Pumping Station and its progress could threaten the station. Some crews raced to the head of the fire to try to knock it down while others worked on squelching the flames along the high and low roads leading to the plant. 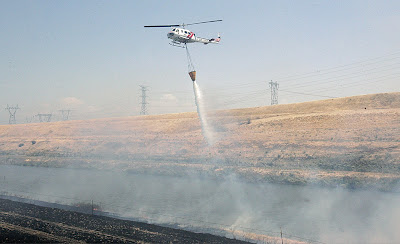 Since this was an active fire scene if I wanted in it was going to be on foot. I began the half mile hike along the burning levee with thick smoke and flames burning blow and to the side of the path I was on. I knew I was close to the fire scene when I could take a picture of the helicopter dropping water on a burning section of roadway and capture the whole scene with my wide-angle lens. 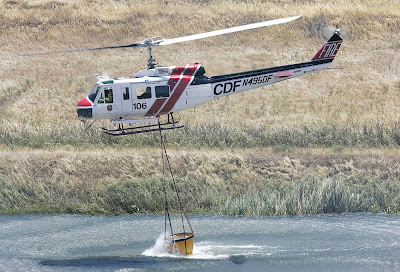 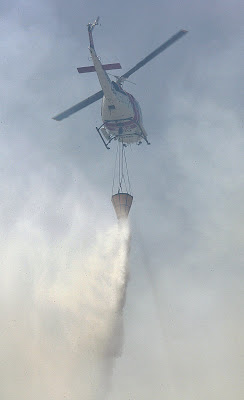 Crews brought the fire under control quickly with help from the helicopter as it grabbed basketful loads of water form the canal next to the fire. The heat coming from the scorched ground and levee embankment made for a tough time walking along the embankment as did the smoke and clouds of ash drifting by. 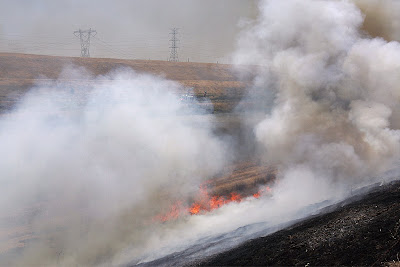 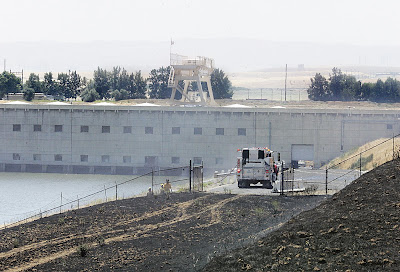 The fire was stopped right at the back gate to the pumping plant with no loss of property and no injuries. With the dry hills and fields surrounding us the blaze was sure to be the first of many this summer.
Posted by Glenn Moore at 2:13 PM