Back to the wild 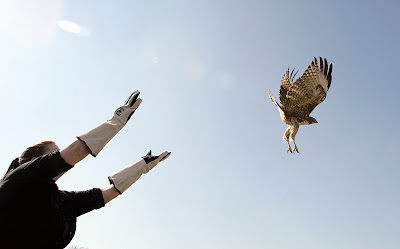 A red tail hawk made a grand exit today leaving Kenner Park during its release back into the wild following a few months of rehab at the Wildlife Center of Silicon Valley. 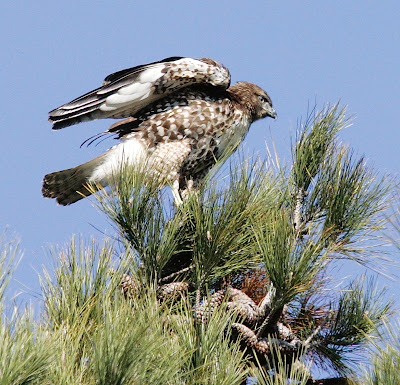 The bird was found on I-205 in November by the side of the road after it had been struck by a passing vehicle.  A motorist stopped and rescued the bird driving it to the wildlife center in San Jose. 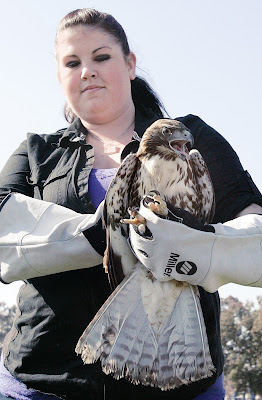 The bird suffered a broken wing and after a successful recuperation was ready to fly once again   The bird had to be released within 3 miles of where it was found so they decided to release the hawk from  kenner park next to Jacobson School.   A large crowd of students watch the hawk fly to a nearby pine tree to survey the situation before flying off to the west. 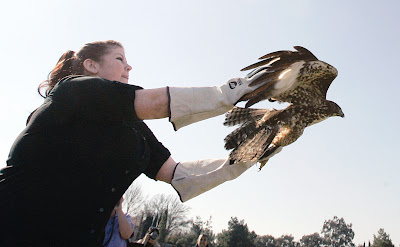