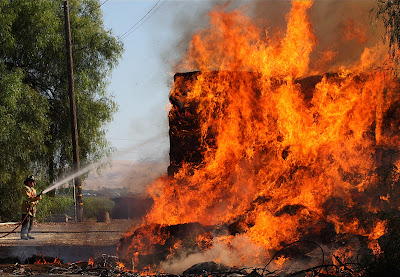 When I heard the call of a haystack fire at a farm just outside of town I grabbed my camera gear and headed out the door.  As bas they are haystack fires can make for some spectacular visuals. 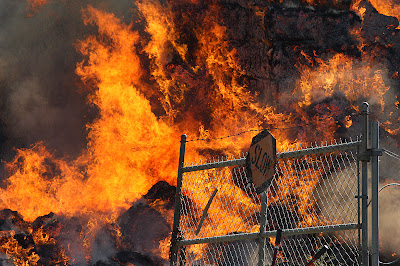 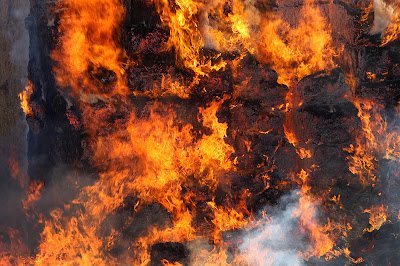 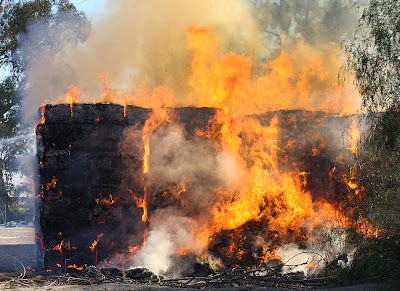 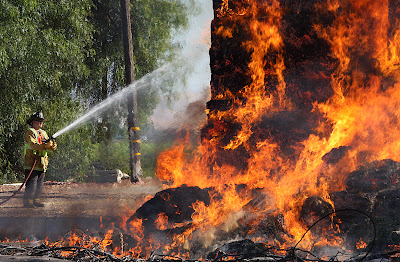 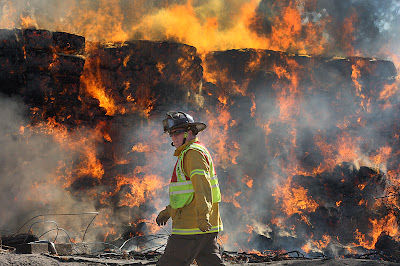 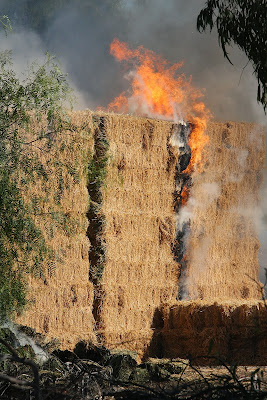 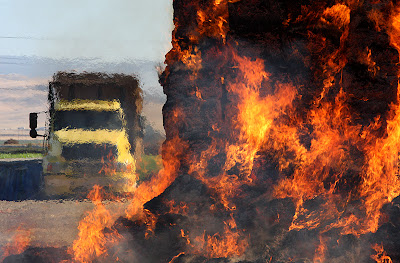 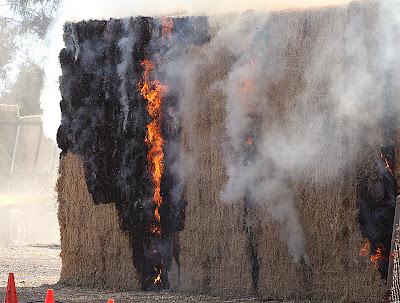 The fire would go on to destroy 110 tons of alfalfa hay and burn for almost three days. A cause was never found as the fire burned so hot it would have destroyed any evidence of the fire's origin. 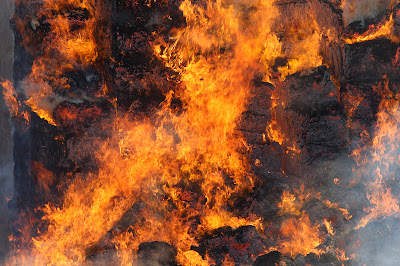 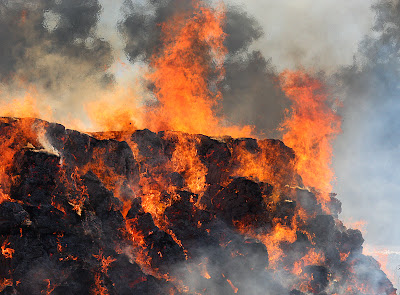 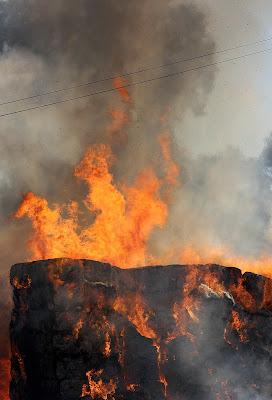 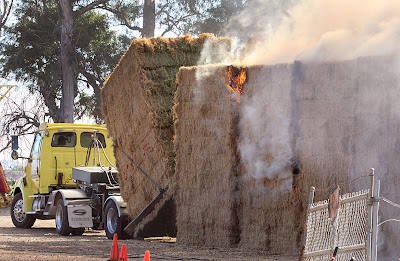 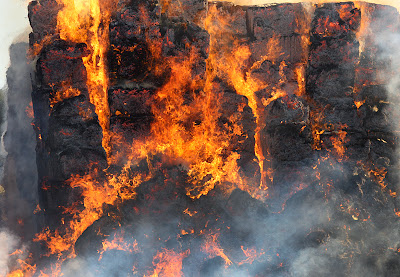 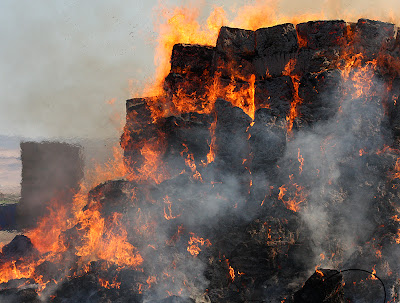 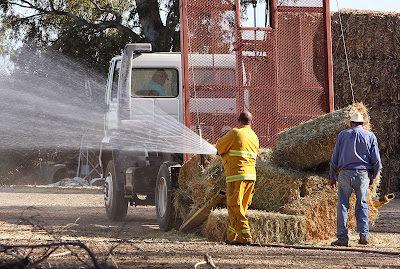 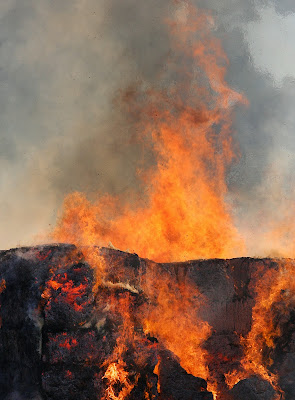 I was also treated to my first power line failure as a service drop above the burning hay melted through in a shower of sparks.  All in all some noteworthy images to be had from this fire. 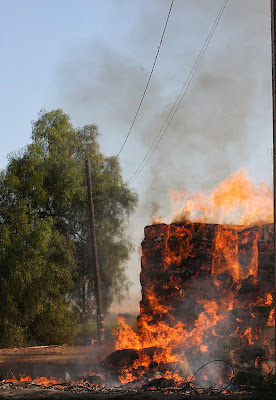 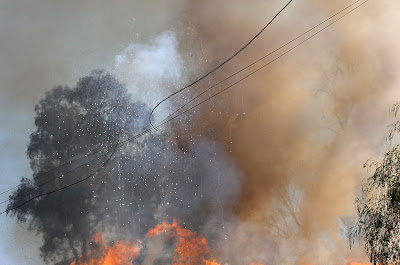 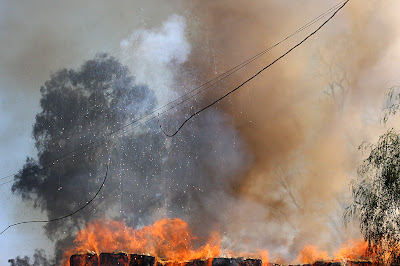 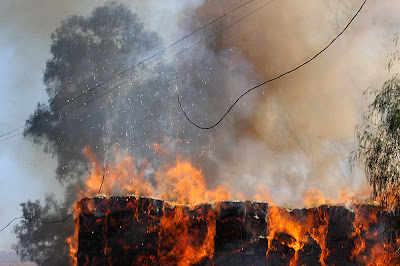 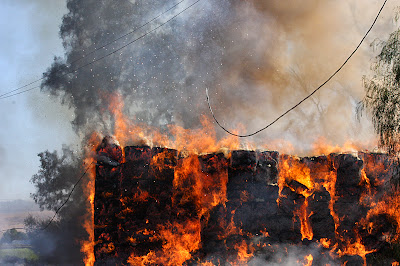 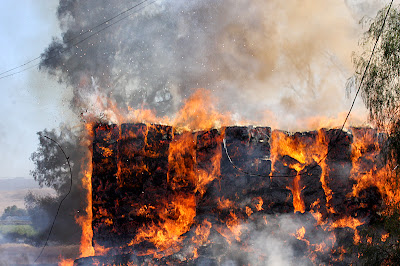 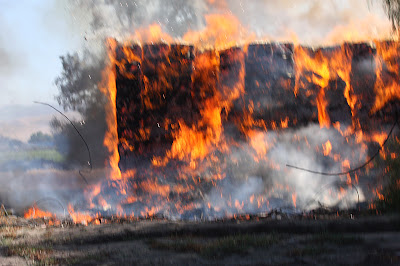