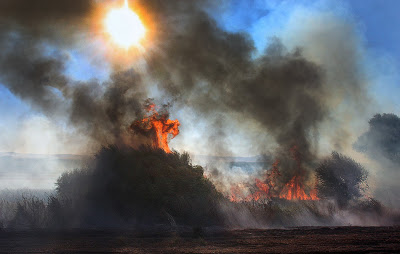 I wasn't going to bother going to this grass fire burning well outside city limits but listening to the scanner they kept sending different fire departments to the scene.  With all the commotion I just had to go take a look. 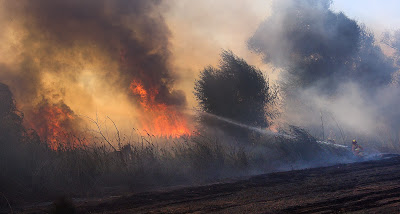 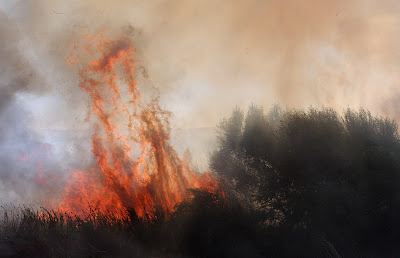 The fire was burning in a irrigation ditch along Tracy Boulevard about 3/4 of a mile from Howard Road.  The California Highway Patrol had set up a roadblock so I had to hoof it in to the scene. The fire was slowly moving through the heavy brush and trees of the ditch, a term i learned was called "skunking around." The 20 mile-per-winds were still driving the fire and smoke a decent clip as crews raced to either end to try and knock it down. 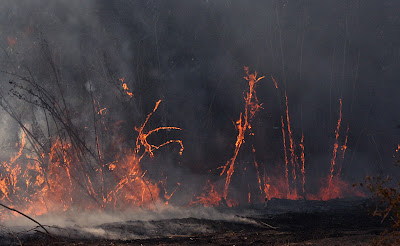 I left my fire resistant wildlands fire gear in the car (a brilliant move on my behalf) so I made my way along the ditch carefully as the flames moved in front of and behind me.  I had a good escape route down the levee to Tracy Boulevard but the smoke was making for difficult times. Between the acrid sting in my eyes and the near zero visibility at times for the blowing smoke I was just content to stand there and wait for an opening to shoot. 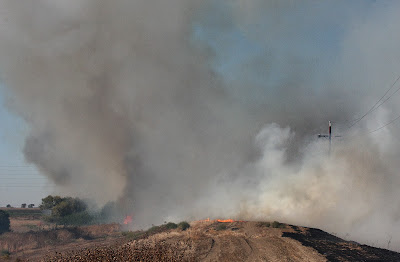 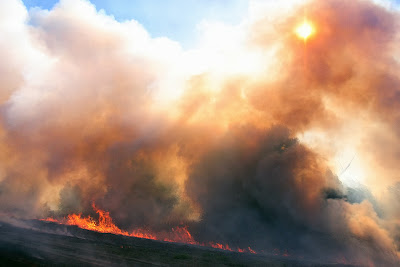 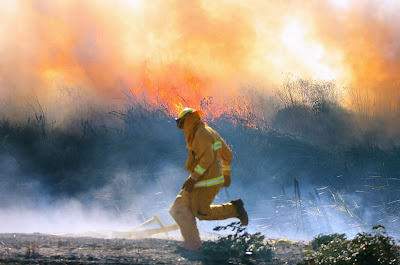 As the wind drive the fire through the ditch tule and trees began to ignite. the popping sound was a might unnerving but what was worse was a call for crowning condition, the fire was racing to the tops of the trees in the ditch. The flames licked outward from the tree tops send columns of smoke billowing into the sky. Exposures were tricky as I was shooting into a partially obscured sun by the rising smoke with the trees and other foliage in deep shadows. 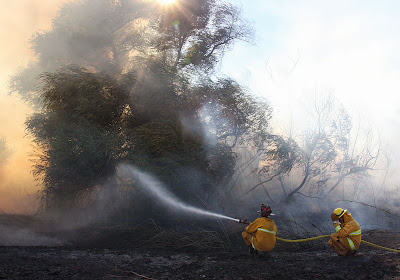 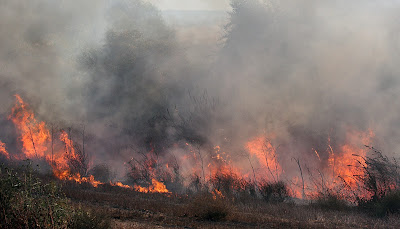 I managed to get a couple of shot that showed the flame height and some that had crews battling the flames before the smoke covered everything too densely again.  Done with the fire I arrived back at the office, streaked with soot and smelling like an old campfire. My one lesson learned form this fire was to pack a bottle of Visine eye drops to ease the burning sensation form the smoke.
Posted by Glenn Moore at 9:55 PM