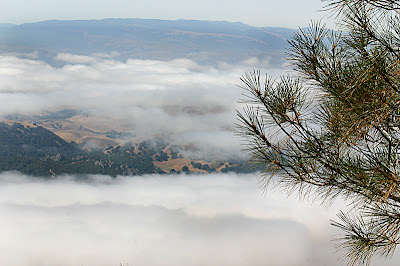 Tracy has been suffering through the recent heat wave to strike the Central Valley. Temperatures have soared over the century mark and we have longed for cool summer breezes to ease our summer time blues. 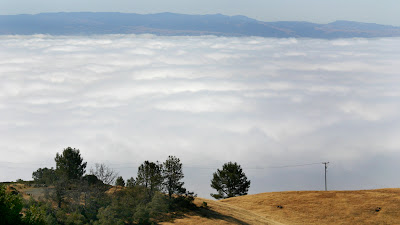 Heading over the Altamont today to hike Mount Diablo we were greeted with a rolling fog bank. Temps dipped into the mid fifties as we began the drive up to our starting destination at the Juniper Trailhead. 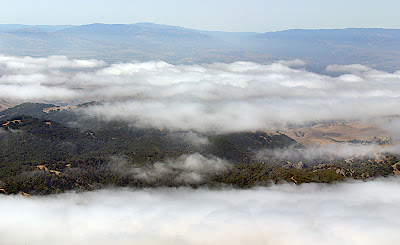 Fog eerily crept down the hills and rolled across the roadway looking like anything but early July. Arriving at the start of the Juniper trail the temperature had already climbed into the seventies. The fog was beginning to dissipate revealing the countryside below. 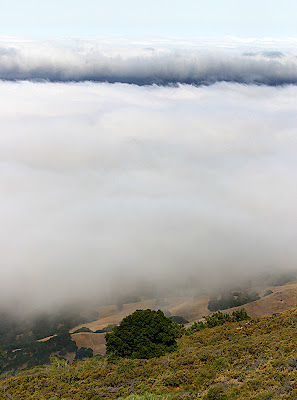 Heading up the trail for a short hike to the summit we watched the sights as the fog ebbed away. Views with the sea of fog and its retreat were both spectacular.