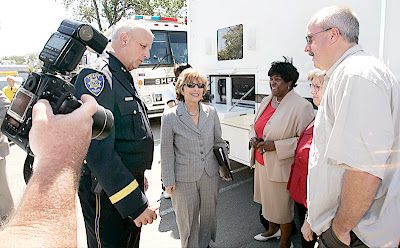 Nothing brings out the worst in a photographer than photographing someone famous. Give us flames, floods or famines and we act like reasonable respectable journalists. Throw someone with some notoriety in front of the lens and watch as even the most polite of photographers circle their prey like a school of sharks on a helpless mackerel. 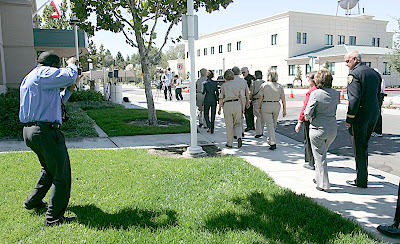 Today found U.S. Senator Barbara Boxer making a grip and grin stop in Tracy. Besides the elbow bumping with the usual gaggle of news photographers I was amazed at the amount of cameras that appeared and circled the senator’s every move. Amateur paparazzi appeared around me running about to try and capture a picture of the senator as she walked about. 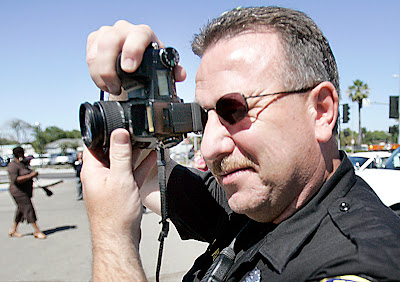