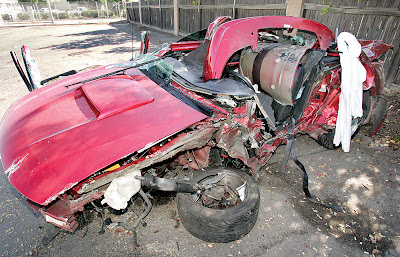 A driver heading southbound on Tracy Blvd lost control of his car as he neared the curve in the road just after Eaton Avenue early Saturday morning. The results were frightening, the Ford Mustang careening out of control into the northbound traffic lanes and then striking a tree injuring all four occupants. The reason for the crash? Speed. 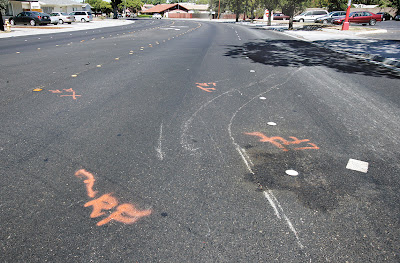 Early police investigations estimate the Mustang was traveling 106 mph as it entered the curve. The driver, a 19-year-old, lost control and the car struck the tree at about 60 mph. The results were devastating, the Mustang ripping apart sending parts into a nearby store parking lot. By some miracle none of the four occupants in the car were killed although all were injured, the driver most seriously as he was airlifted to a Modesto hospital that night. 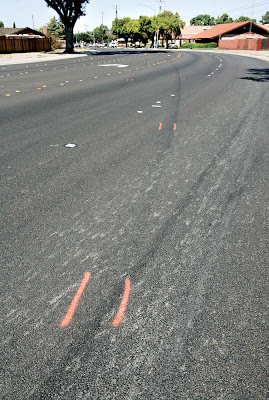 This obsession with speed has been a tragic one for our town. From street racers in the county areas to drivers using Tracy Boulevard as their own private drag strip the speed of drivers is taking a toll on our young people. Hopefully programs such as the “Get Real Behind the Wheel” will make people stop and think before pressing the accelerator down.
Posted by Glenn Moore at 6:50 PM