I shot this during a hike at Half Moon Bay in July of 2009.  It is hard to believe that a wave from 5,000 miles away crashed into the California shoreline this morning causing almost $17 million worth of damage in early estimates. 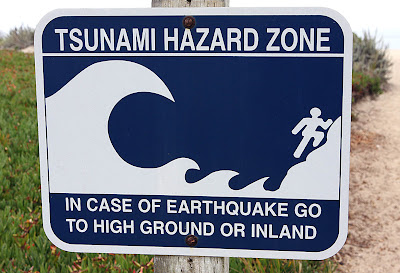 The images from Japan this past day seem unreal.  It was a horrific site watching live on the news as the water swept through the farmlands into the urban zone leaving a path of destruction in its wake.   The 8.9 earthquake will leave a mark on the country for years to come.
Posted by Glenn Moore at 10:23 PM