I was working on a story about the plans to replace the Tracy High football stadium and I was wondering how do I photograph such a big subject?  That's a lot of turf to cover.  My best bet was to go for a composite panorama.  Click on the photo above to get an idea of the size of the image. 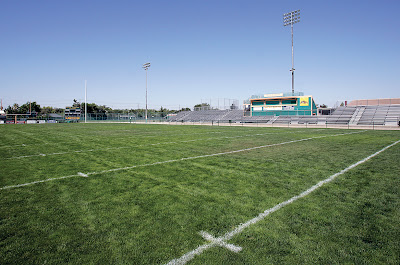 I could have just used individual shots of features of the field but they didn't get the scope of the project.  Not that they wouldn't have worked.  A panorama fills the bill better. 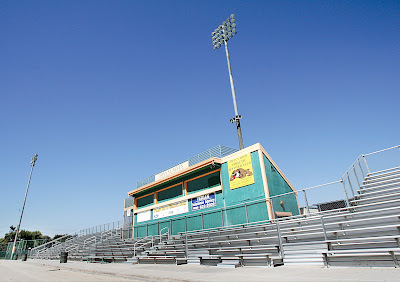 It was pretty easy, pick a midway point on the field and slowly turn while keeping the camera as level as possible.  I squeezed off some frames every now and then and covered the scene from bleacher to bleacher. 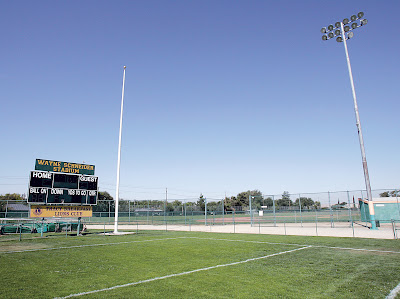 Back at the office I let Photoshop's automate stitch feature join the picture.  About 10 minutes and 210 megs later I had my picture.  I ended up sizing it down to the 25-inch-image at top.  The other three pictures are photos I shot just in case the panorama failed I would have a back up plan.
Posted by Glenn Moore at 5:07 PM