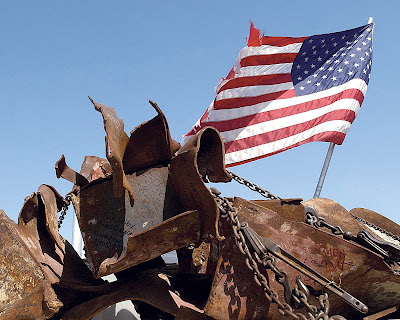 For about 15 to 20 minutes, I guess I was like everyone else across the nation, sitting in front of the television in disbelief.
It took a few minutes for it to sink in what was really happening — it seemed surreal, the video of the airplanes, the buildings burning and the panic and confusion. I remember calling then-Editor Cheri Matthews and asking if she was watching the news, too, and what we should do next. It was a little after 9 a.m. Tuesday morning, Sept. 11, 2001.
Forget that everyone seemed to be in a state of shock and grief. That didn’t matter. Put that all aside for someplace later. I grabbed my camera gear, jumped in my car and headed to work in a world that had suddenly changed. News reports on the car radio were still filling in details of the terrorist attacks: two planes crashing into the World Trade Center towers, a crash at the Pentagon, and some reports of a downed plane in a field somewhere. 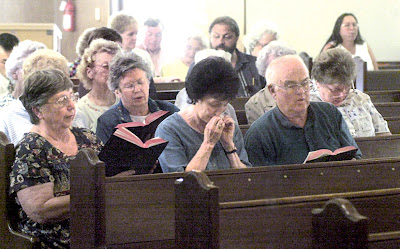 All the attacks were on the East Coast, but the ripple effect was about to strike us.
At the office, I remember we started planning our news coverage — we were already getting calls into the office. West Valley Mall was closed, shopping centers looked deserted and the streets were eerily quiet. I think my first assignment that day was someone who had called about putting an American flag up in front of their house.
There was an impromptu church service at noon, in which people sat in stunned silence. Some wept while they listened as church leaders tried to console them about the morning’s events.
Back at the office, I went over the photographs that were coming across the wire service. The pictures were horrifying — stark images of the destruction and death from the attacks. We did our best to sort through images that might be too graphic to publish as we kept a television on in a corner of the office, playing scenes of the tragedy in New York. 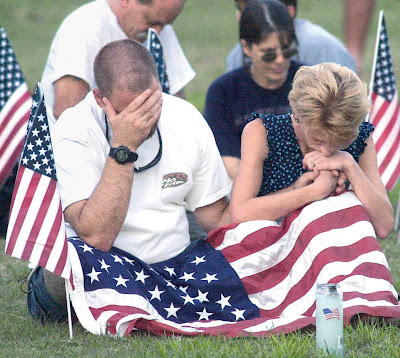 Somewhere in the middle of this, I had to drive to Highway 4 to photograph a fatal accident. Everything I saw that day was about death and destruction — it was getting to me. Somewhere around 10 or 11 p.m., my day ended. As I sat on my couch, the television newscasts kept showing the airplanes crashing into the towers and their collapse. I remember turning the news off — I had seen enough for one day.
But, to me, the worst part was still ahead.
We were thousands of miles from Ground Zero, and yet residents in Tracy could feel the effects in the wake of the attacks. That Friday, the city organized a prayer at City Hall. Hundreds of people gathered hand in hand and prayed for the victims of the attack and for peace.
The saddest moment was when the group sang “God Bless America” to end the prayer vigil. Some cried during the words — others buried their face in their hands. It was just too much for some.
Later that night, at a candlelight vigil at Lincoln Park, Tracy residents gathered to mourn the country’s losses. A man and his wife held an American flag as they sat in anguish. 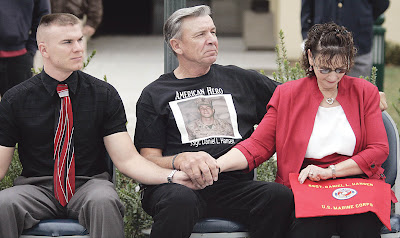 In those weeks that followed, there was a new sense of patriotism. I covered more assignments of people with American flags than ever before. I was given a small plastic flag that still sits above my desk to this day. A section of steel girder from one of the towers and a crushed New York City fire engine stopped in Tracy as part of a nationwide tour. The girder and fire truck were met by Tracy firefighters in a somber ceremony commemorating their profession’s losses. Tracy fire engines to this day carry a decal remembering the terrorist attacks.
But as the patriotism swelled, so did our fear.
People were scared, and their fear turned everyday items into threats. Soap spilled on a restaurant bathroom floor was called anthrax, and hazmat teams were called in to investigate. Barricades went up at the entrance to the Defense Depot on Chrisman Road as Tracy was turning into a different world on assignment.
We covered prayer meetings of Islamic groups in Tracy that were feeling the fear and prejudice as a backlash from the attacks. It seemed like things would never be the same.
In 2001, the war against terror was launched. And in 2003, the war in Iraq began, and Tracy began suffering the ultimate sacrifice as its sons returned home as casualties of war. 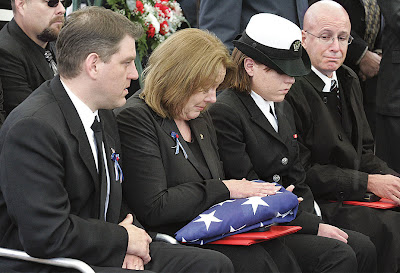 I think there has been no worse thing I have had to do than visit the family of a grieving serviceman. It’s a hard thing to intrude on their loss and pain. Tracy bears the distinction as having one of the highest per-capita casualty rates in the country.
In the years that followed, I would have to visit more families and see more mothers grieve their children. God forgive me, sometimes I forget their names, but I can still remember the pictures I took at the processions, the funerals and memorial services as their families and friends grieved their losses. The photos of the names etched into a black granite wall that chronicled our sorrows changed, as the list of names grew longer.
My Sept. 11 assignment never really stopped, I think. Through the years since that day, I have seen the city residents mourn and remember the events of that terrible day together.
My assignment continues this Veterans Day, as the name of David P. Senft will be added to the Tracy War Memorial, remembering his death in Afghanistan.
It was 10 years ago. It seems so long now — 10 years and many tears ago. 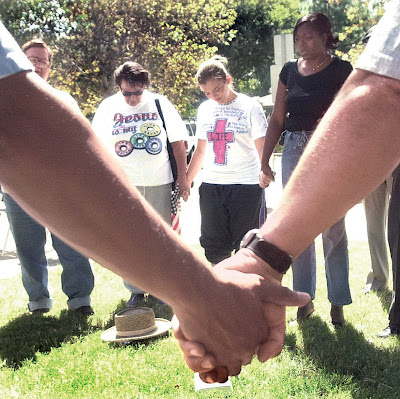