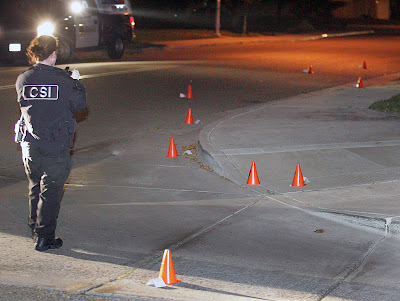 I was just about done with my shift today when a call came across the scanner of 10-57.  That is a report of shots fired.  The police department was getting multiple calls of shots fired in an area on the western edge of town near Fabian Park.  An ambulance and fire engine were staged nearby in case anyone was hit so I decided to head out and see how bad it was. 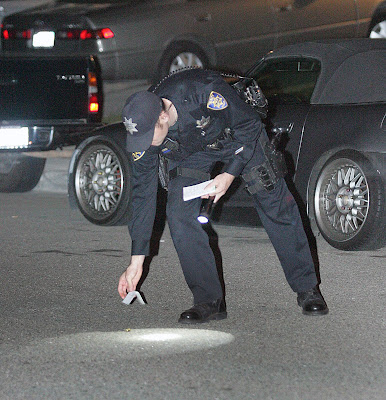 This was one of the oddest shootings I have been to and in some ways one of the most dangerous.  Reports were sketchy but someone had fired shots into the quiet neighborhood in a drive-by shooting just before 5:30 p.m.  A lot of shots 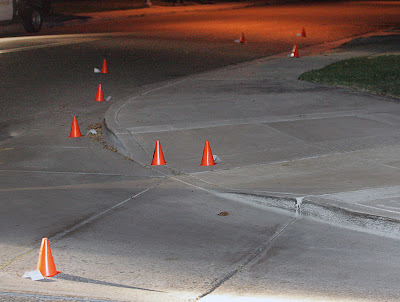 Some residents in the neighborhood heard five or six rounds fired off.  Others heard what sound like dozens of rounds being fired.  All told police recovered 14 shell casing from the street.  A two block stretch of Ogden Sannazor had five shell case spread over nearly two blocks where residents heard the shots and then a car race from the scene. 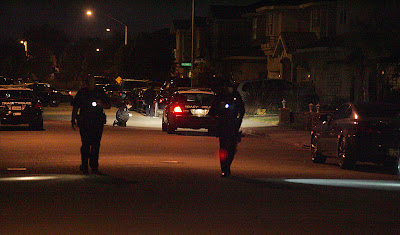 On Valencia Drive nine cases were recovered from an area no more than 30 feet long. Cones marked the path of the shooter down the street.   It was a  display of senseless gunplay.  Fortunately no one was hit and police could find no damage to nearby houses or cars. 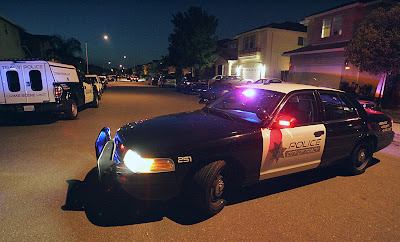 I hope this is not a new trend, random gunfire in quiet streets and hopefully this latest burst of violence is quashed quickly. I don't wish to return to the days of standing in the night behind the crime scene tape.  I am done with those days for certain.
Posted by Glenn Moore at 9:29 PM