A visit from the champ 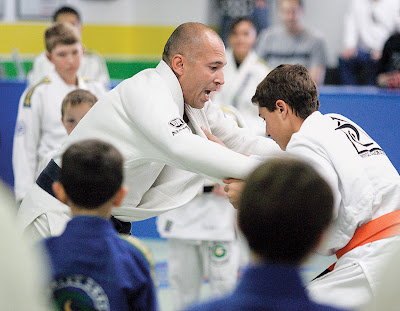 It's interesting  to meet famous people on assignment and last Friday I got a look at one of the all time legends in the mixed martial arts arena.  Three time Ultimate Fighting Championship title holder Royce Gracie visited his cousin Charles Gracie's Tracy Jui-Jitsu academy to lead a couple of classes. 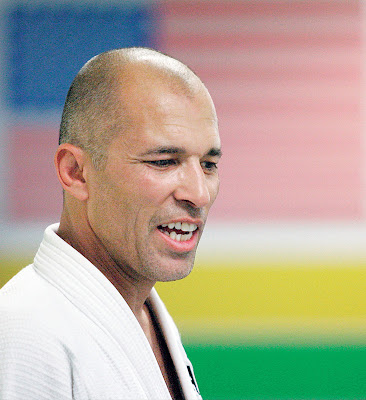 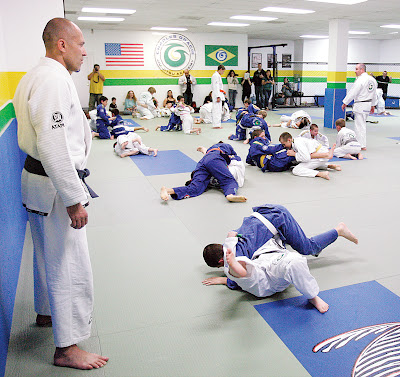 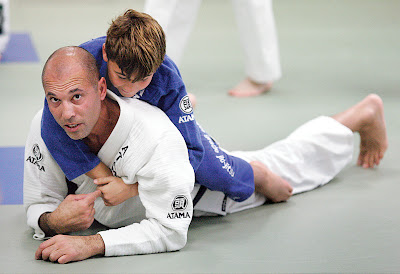 Royce Gracie is one of those guys that you just know could break both of my arms without breaking a sweat.  He was in town to leads a couple of classes in his Brazilian Jui-Jitsu that is now taught in the Gracie martial arts academies. 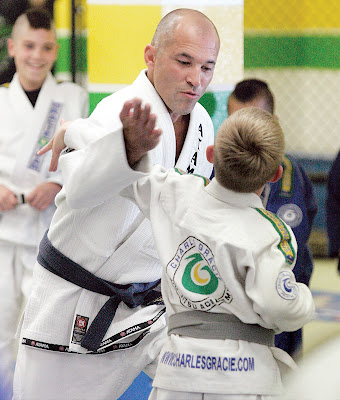 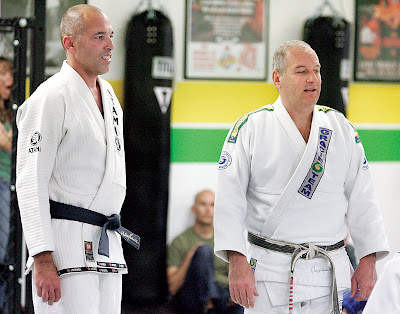 Royce was a great instructor working with kids who looked to be as young as 4-years-old.  The 7th degree red and black belt fighter wandered about the mat giving pointers to the students and demonstrating a drill he wanted them to work on. 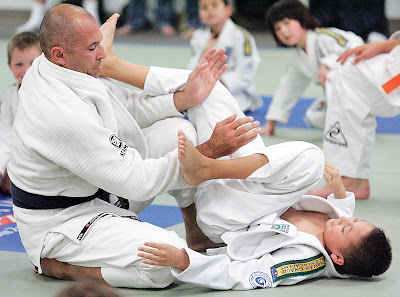 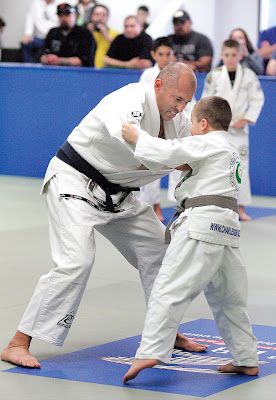 One of the highlights was letting one of the smallest students in the class get in the mounted position on him.  Someone called out that was a rare event for anyone to be mounted on a fighter of his caliber. 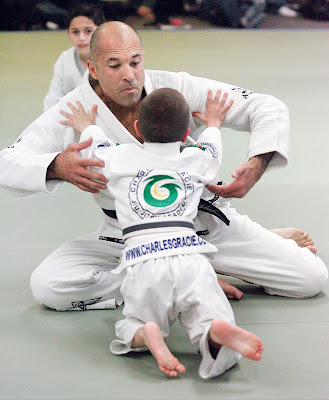 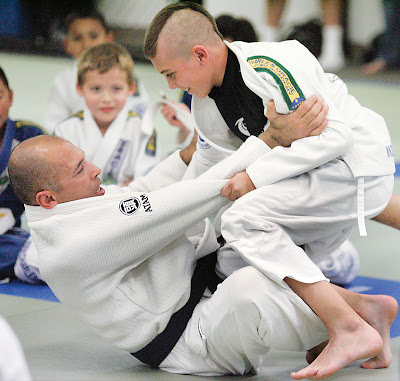 I have seen some of the footage of his championship fights and he is formidable foe in the ring.  It was a lot of fun taking the pictures and even better to see someone of his fame and stature helping out the beginners.
Posted by Glenn Moore at 3:12 PM