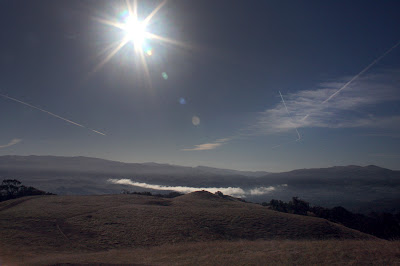 I hurdled a personal goal today.  It may not seem like much to most people but it means a lot to me. Somewhere on a stretch of the Ridgeline Trail at Pleasanton Ridge Regional Park I crossed the 200 mile mark for hikes this year. 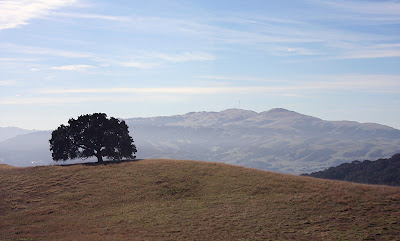 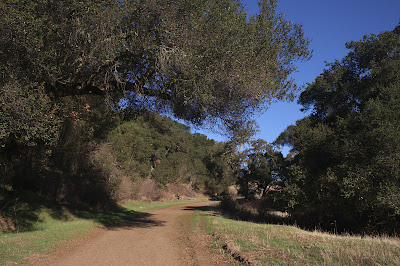 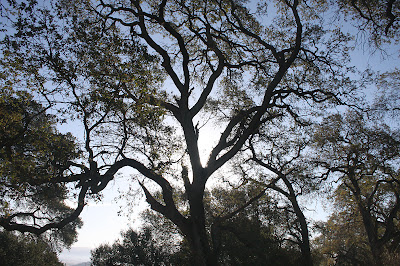 I couldn't tell you which steps did it but it felt like it had to have come climbing one of the hills. Somewhere in the early morning chill I crossed a mark I never really thought I'd reach and felt like such a long time coming. 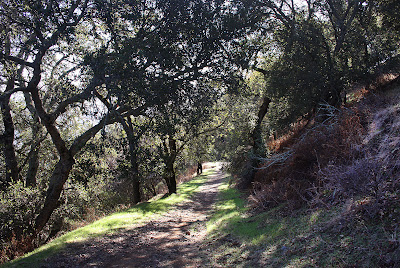 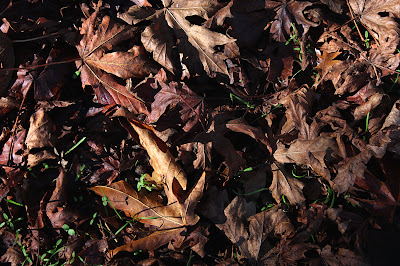 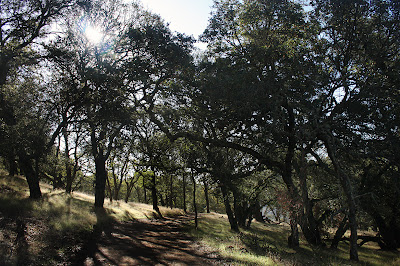 Early this year I set a goal to reach the 200 mile mark by December 31. I don't know why I picked 200, 150 miles seemed much more reasonable but I guess I thought 200 had a nice sound to it. But trudging along trail through the year I had my doubts I make it. 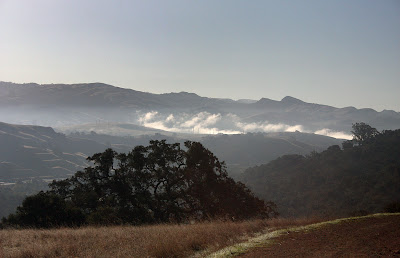 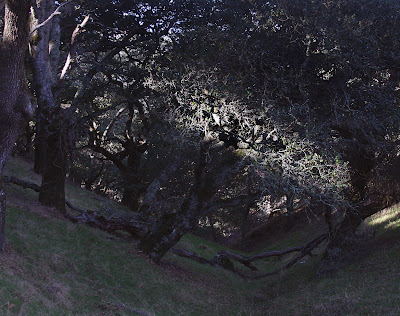 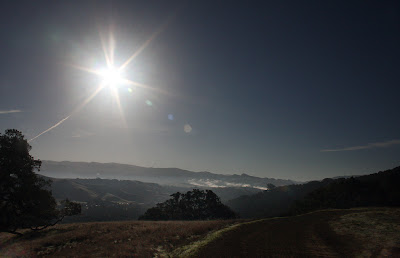 Two years ago I tore the meniscus in my left knee on a hike.  To this day it still gets tight and my running days are over.  I'm knocking on 49 years old and a tubby photographer to boot.  Sometimes I think my better days are long past but I still wanted to challenge myself this year. 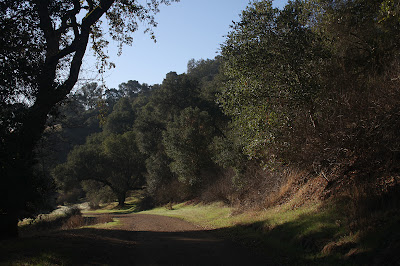 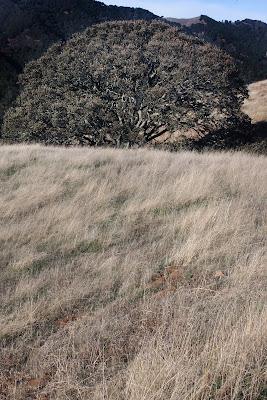 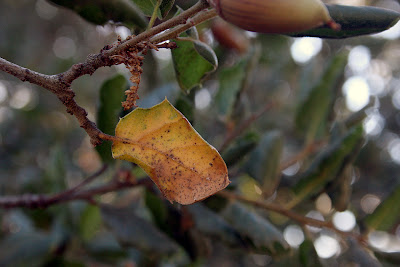 Most of my hikes have been solo adventures this year.  Hiking solo means I press a faster pace on the trail and I have picked some of the more demanding trails to test my mettle. Being alone on the trail I have lots of time to think and reflect. It's almost a therapy from the everyday pressures of work and life. With only the sound of the wind in the trees, the crunch of the gravel beneath my boots and the sound of my own breathing I drift off to another place and everything is forgotten except for the trail. 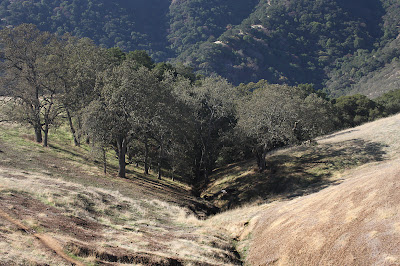 The hikes so far this year have not always gone off as planned. My near disaster in June taught me a good lesson in hydration and the Las Trampas Wilderness gave me a good test on a poorly marked trails.  I've learned a lot going solo this year, lessons I will put forward in future hikes but still through the good hikes and death marches I still had that goal in the back of my mind. 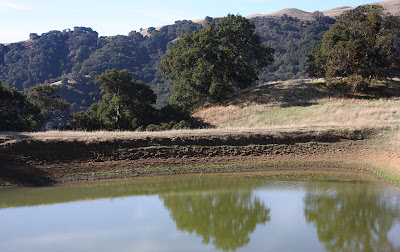 I have been inching closer to the 200 mile mark and in September it seemed like I had a chance to hit it.  I picked a few longer hikes to try and cover the distance faster as I whittled away the remaining miles.  With the coming of winter and sunset coming earlier I knew I had to make the push and get the mark this month. 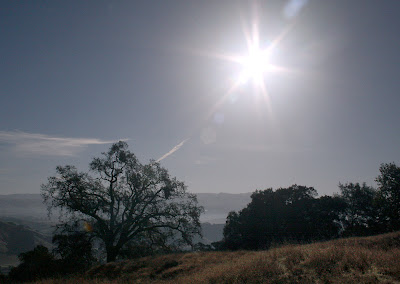 Down to just over 3 miles left to my goal I began to wonder where I should hike to reach my goal? I thought about Eagle Peak at Mount Diablo but I am saving that for the last hike of the year, a new tradition I have.  So then I got the idea to return to the site of my disastrous hike and do it right this time.  So just after 8 a.m. this morning I set out for a loop on Ridgleine and Thermalito trails at Pleasant Ridge. 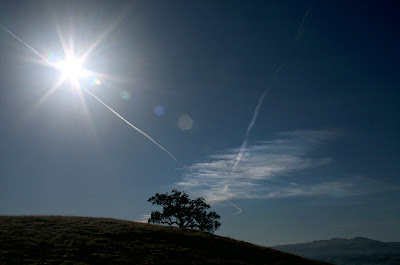 I knew I wouldn't have the same problem as I did this summer. it was about 60 degrees cooler to start my hike.  I packed light, my Canon 40D, the old kit lens and a a liter of water. The trail had a few mountain bikers, the occasional dog and owner but mostly gloriously empty trail and sunshine as I set out. 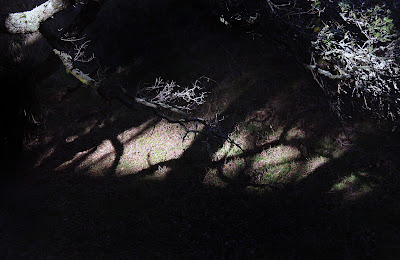 Except for a wispy line of fog in the distance and the thin line of jet contrails in the sky it was clear but chilly morning to start out.  I made it to the end of the first half of the loop in about an hour reaching the turn to the  Thermalito Trail.  I was busy admiring the shafts of sunlight filtering through the trees and didn't think but somewhere in that first leg of the loop I reached my goal.  200 miles. 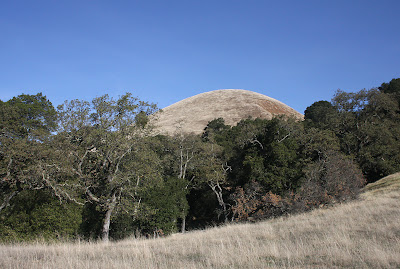 I guess I should have broke out some victory dance or at least snapped a self portrait.  I just kept hiking finishing up my 7.12 mile hike in just under 2 and a half hours. 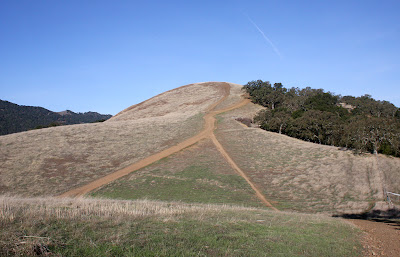 I know reaching 200 miles hiking in a year is no big deal.  People run marathons, ride the bikes climb all four peaks at Mount Diablo every month- what I did isn't anything special.  Except to me it is.  There was a time after I damaged my knee I wondered if I would ever be able to hike again. After my dehydration experience I wondered if I had enough trail savvy to go it alone safely. 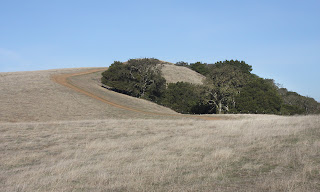 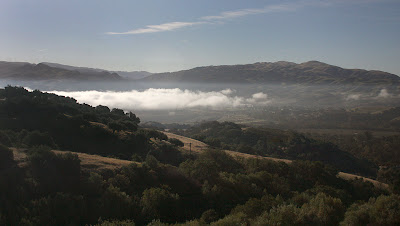 So today on my 28th hike of the year as tracked by my Motion X GPS I have hiked a total of 203.34 miles. That goes along with the 47,909 feet of trail I have climbed in those miles. I made it.  Through hardships, worry at work and crisis at home I made the effort and followed through.  I think weather permitting I will cruise in to finish the year somewhere near 215 to 225 miles. 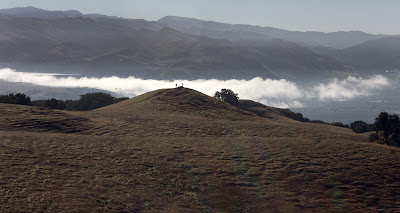 It was a long road, literally but I am glad I made the journey.  it may not rank with the some of the adventures other people do but it means the world to me.
Posted by Glenn Moore at 10:56 PM