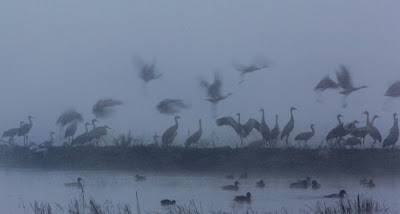 This was supposed to be a nice sunrise photo shoot but sometimes mother nature turns on you in the most interesting ways. Standing in front of the wetlands at the Isenberg Crane Reserve outside Lodi this morning I waited for the sunrise against the the gray. 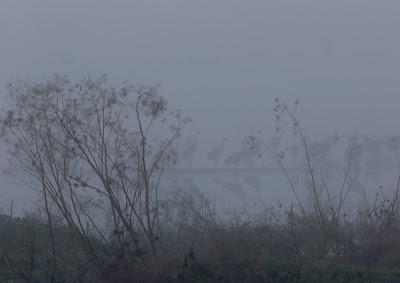 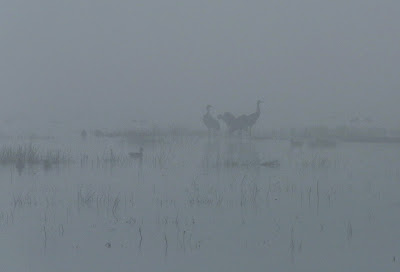 Fog.  Thick, nasty tule fog settled across the area early Sunday morning shooting my sunrise down in flames. No not flames, more like smothered in with a grey blanket. My 3:30 a.m. photo call was rewarded with a blank featureless scene with the sound of the cranes echoing in the thick mist. 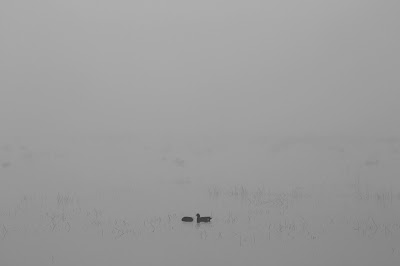 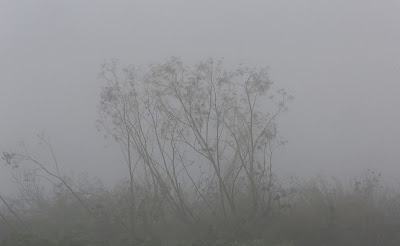 The forecast had called for patchy areas of fog through the Central Valley and on the road I hit the wall of white outside Stockton near 8-Mile Road. I was already committed to the attempt so I kept going toward Lodi and hoped for the best. 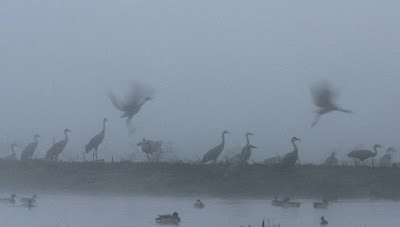 The fog pretty much dashed any hopes I had for some nice sunrise photos. I kept checking the time as sunrise was scheduled for 6:57 Saturday morning. Dawn broke shortly before 6:30 and the darkness was transformed into a featureless gray sea stretching out to the horizon. As the sunrise neared I could make out the murky shapes of cranes standing on a bank but the details were indistinct. 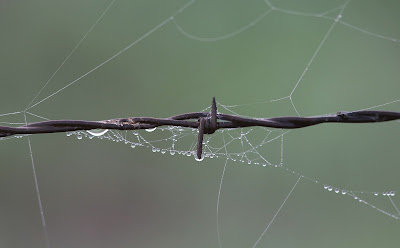 I put my 300 mm telephoto with a 1.4 extender which did nothing more than exaggerate the lack of contrast in the scene. I eventually switched to just the 300mm lens and set the camera on a tripod for time exposure shots. 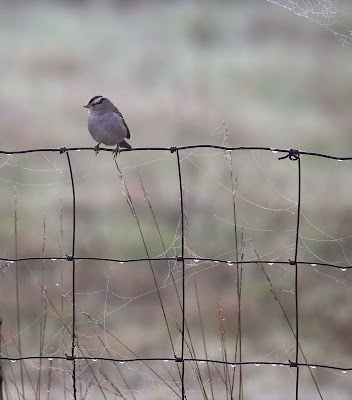 As the sun rose the fog seemed to grew denser in patches and drift across the wetlands. I could see the shapes of the cranes as they went in and out of my sight. I concentrated on a group in line on the nearest bank and captured their departure as best as I could.  As soon as they lifted off and gained a little bit of altitude they disappeared from sight. I could hear them as they circled the wetlands above me but they were invisible in the thick morning mist. 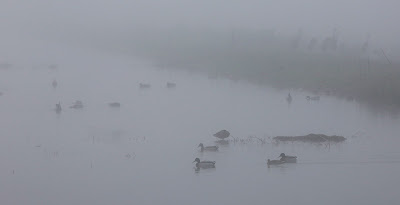 I did try and capture some of the feel of the scene.  The dark, still mood at the wetlands had a unique beauty all its own.  The photos I took this morning have a quiet feel to them, the low contrast and soft look from the fog give them a painterly quality I sort of like. 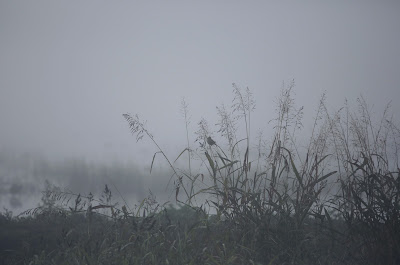 But I did want a sunrise so I will make the trek to Lodi sometime again in December and brave the bone chilling cold to capture my sunrise. But in the meantime I will enjoy my quiet moment in the grayness and think about my coming sunrise.