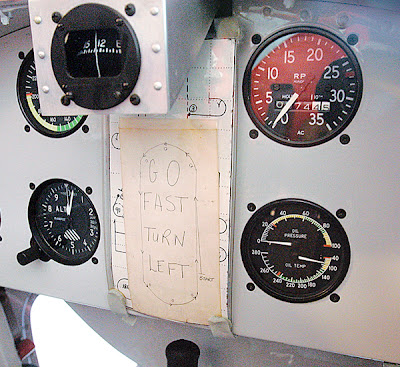 It is pretty hard to give a sense of speed in a picture when someone is standing still. That was my predicament when I was assigned to photograph Norman Way and his Pitts S1-S biplane he raced to a second place finish at the Reno National Championship air races. 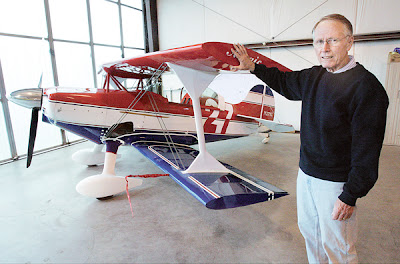 There are only so many ways to photograph the pilot and his planes but I think the best shot was detail picture of his instrument panel. Taped in the middle was a hand written note by his daughter telling him to what do on the race course. I really think that picture more than any other tells the story.
Posted by Glenn Moore at 11:16 AM