On the quail trail 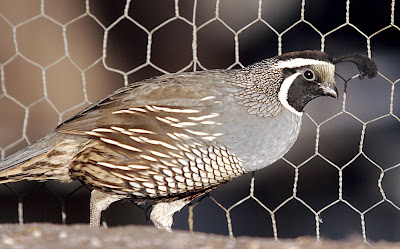 I was assigned to shoot a father and son team of quail breeders. This was my first real up close view of the California Valley quail which also happens to be the state bird. 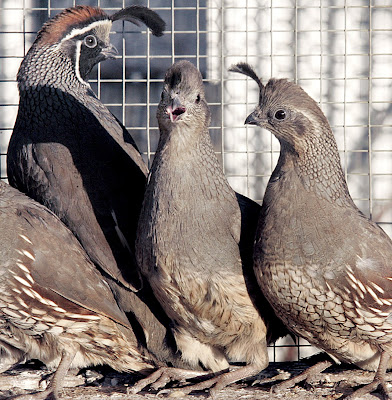 My first impression is that they are a skittish bird. shooting through the chicken wire fencing wasn't to bad but it was a task to try and follow the birds as theyr fluttered about their pen. 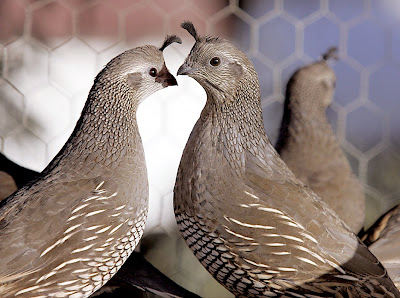 I tried for one special picture of a quail in flight but it was hard predicting when and which direction they would go. I settled for one of the breeders releasing a bird for a kind of action picture. 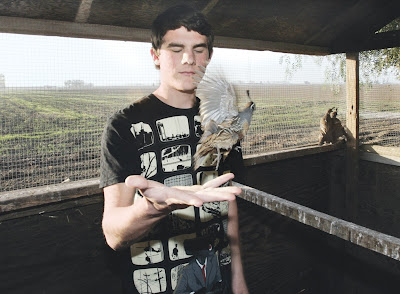