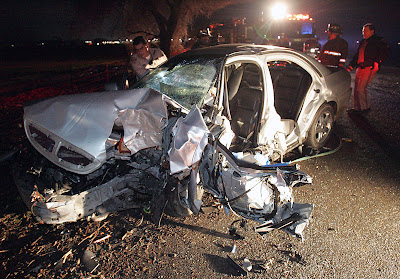 This was the scene off Von Sosten Road earlier this evening when a car veered off the road and struck a tree trapping the driver. 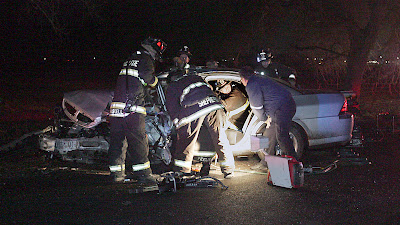 The original call had the driver trapped and the car on fire but people probably saw smoke or steam coming from the damaged engine compartment.  The driver was trapped and it took fire crew several minutes to free him from the twisted wreckage. 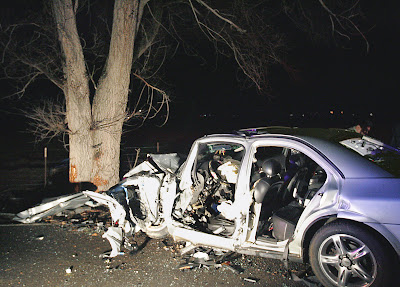 The driver survived, he does have a major leg injury but should be able to pull through and is thankful considering the amount of damage the car sustained to the front end. 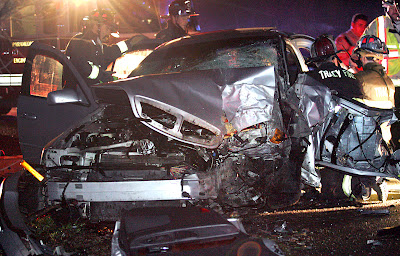 This could have ended tragically but thankfully for all involved the car turned out to be the only loss on the night. 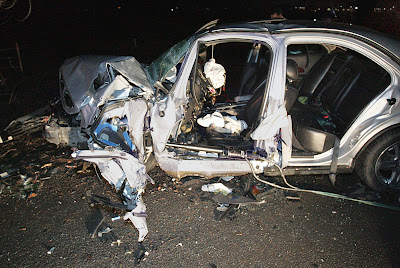 Hey There! My family was the first on the scene and helped the entire family in the accident. The car was on fire and my boyfriend put it out.