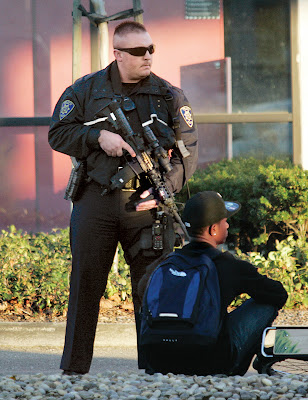 Someone commented on this photo on the Tracy press website wondering how we could put a photo up of a juvenile being detained by police.  Simple fact of the matter is there is no right to privacy at a news scene for minors.

The courts have rules about juvenile cases and defendants.  No media  is allowed into juvenile courts and the police are not allowed to give out names of juveniles in cases.  We aren't the courts.  There are no laws prohibiting photography in public places of news events. 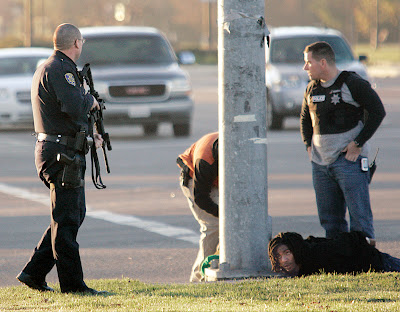 It is also nice to see that people don't read picture captions or the story where it says everyone that was detained for questioning was released.  We never said anyone was guilty.  These are the same people who probably commented how they wanted to take back the city and were going to show up in force at the council meeting and then flaked.
Posted by Glenn Moore at 5:40 PM