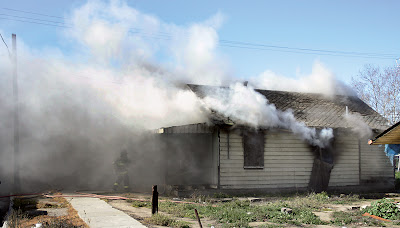 Contrary to what some people say the word "floosh" is actually used to describe a fire: 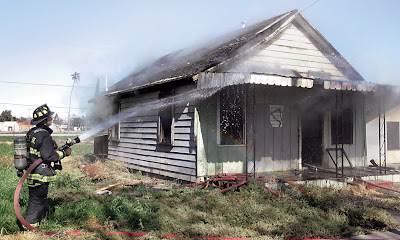 floosh  (verb) A fire usually in a house or other structure accompanied by smoke and hopefully flames.  Can also be used to describe a fire in a object such as a car or other vehicle. 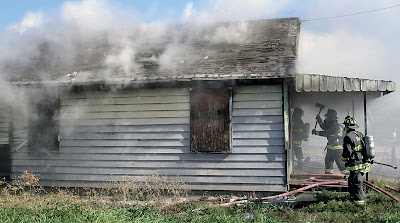 I got there and the house was floosh it had smkoke coming out the windows.