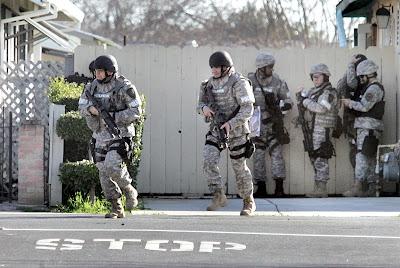 A nearly 4-hour standoff occupied a better part of my day today.  it may sound crazy but I am getting good at shooting behind the crime scene line. 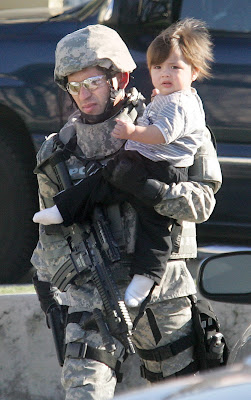 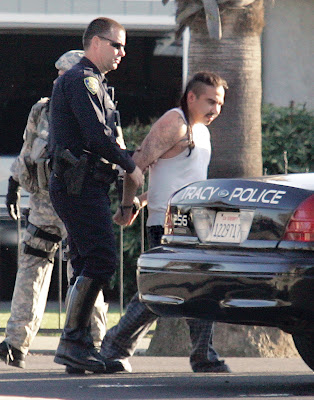 Today's adventure began on Clover Road when officers tried to serve an arrest warrant for a known gang member for a parole violation.  The man hid in side his home barricading himself inside with his 15-month-old child. 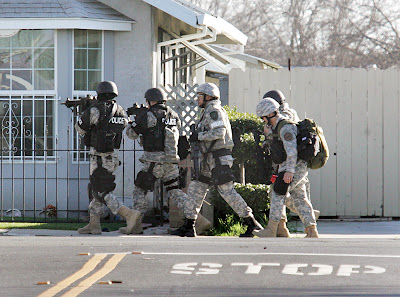 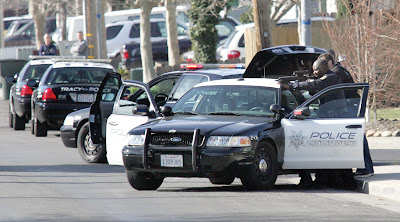 The event became a SWAT team call out, television stations arrived and it just was a mess for the residents in the surrounding neighoborhood. 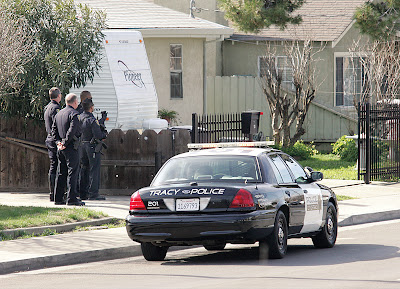 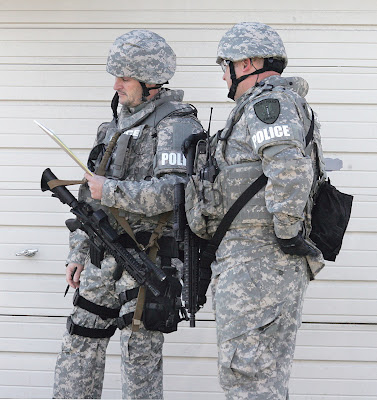 The child was taken safely from the home and the man eventually surrendered from his attic space hiding spot as officers brought in a canine to search the house.    He gave up still wearing wearing his pajamas. 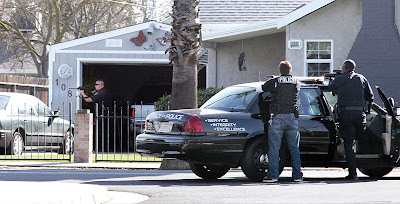 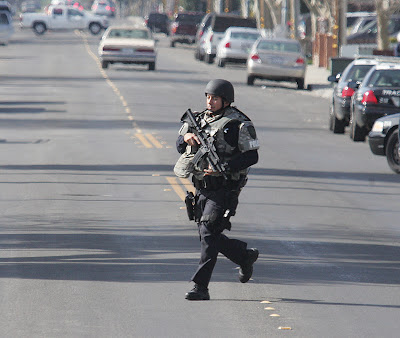 Just another day in paradise at the Tracy Press.
Posted by Glenn Moore at 6:13 PM