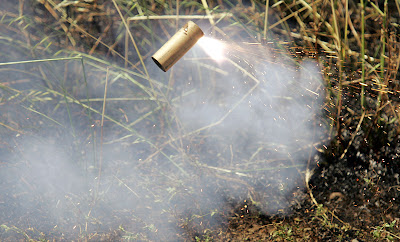 This was part of a wildlands grass fire training session at Tracy Airport with Tracy Fire and Cal Fire agencies.  While we were there Tracy Fire brought a bag full of confiscated fireworks to burn for a future fireworks safety story. 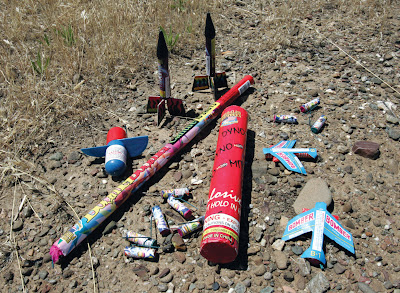 These were illegal fireworks, most of them confiscated from trucks delivering items to the prison outside of town.  Our plan was to light them off in the dry brush to show the dangers these fireworks can cause.  We had variety of items to work with from Roman candles to rockets and an ominous looking Dyno stick to fire off. 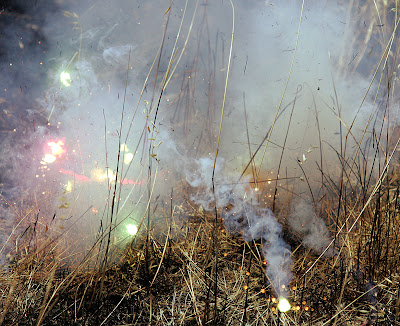 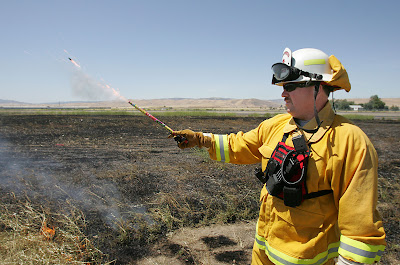 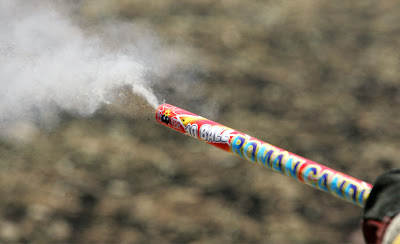 We started off with paper tanks that spewed sparks and rockets that took erratic flight paths before detonating in a shower of sparks.  A few started fires in the dry brush but it seemed more dangerous not knowing where these fireworks would head and how much incendiary material would come out of them. 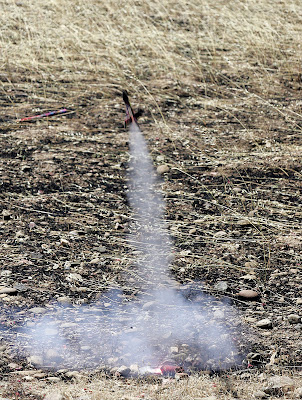 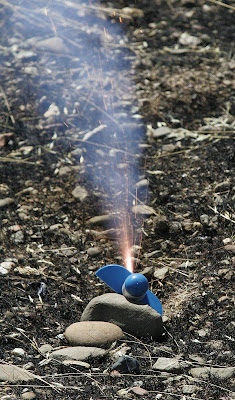 After launching several fireworks and setting a few small fires we broke out the big Dyno stick.  Styled like a stick of dynamite it looked like trouble waiting to happen.  To make matters worse the fuse was missing so the decision was made to ignite it with a flare. 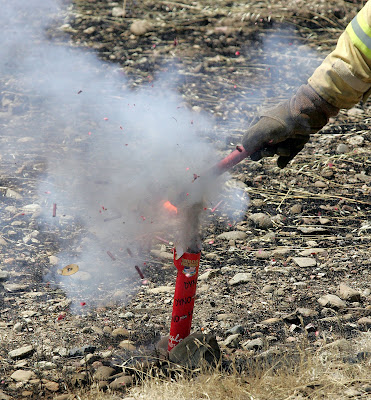 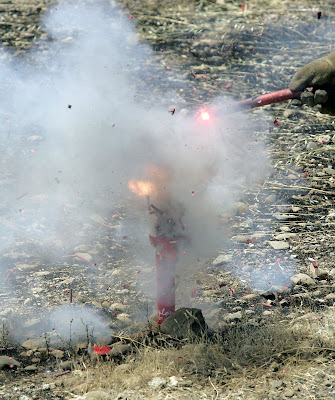 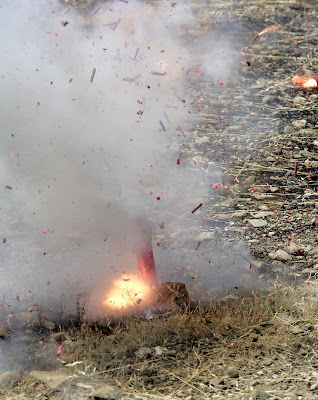 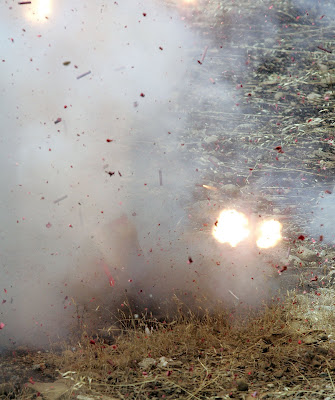 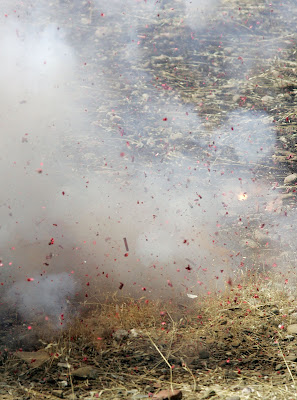 I focused on the stick not sure what to expect and to everyone's surprise as soon as the flare's flame touched the stick it erupted in a cloud of smoke and small explosions.  Thankfully the fire crew were wearing wildlands fire fighting protection gear including gloves and eye protection.  If this would have been a child or young adult they could have been seriously injured. 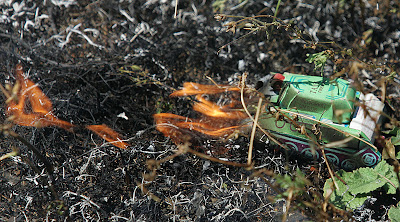 This was a good reminder of the dangers of illegal fireworks.  They can seriously injure or maim an unwary user or set a fire with devastating results.  It is best to leave the fireworks to the professionals at one of the many cities in the area that are hosting fireworks displays for the public.  Even the so called safe and sane fireworks should be treated with the up-most care and respect as they can cause serious injury as well.
Posted by Glenn Moore at 5:11 PM