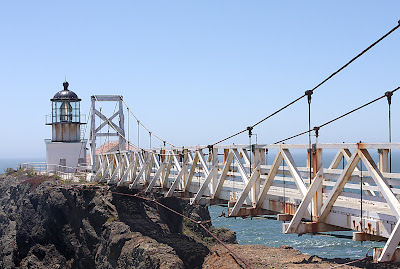 The Point Bonita Lighthouse in the Marin Headlands will see a lit bit of change soon.  The bridge connecting the lighthouse with the shore has seen better days and will be replaced with construction slated to start in August and last through April. 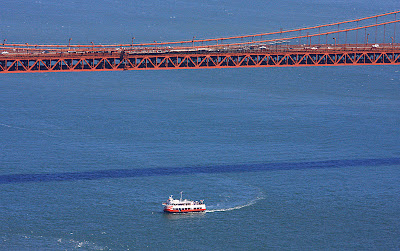 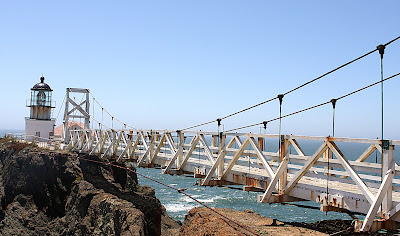 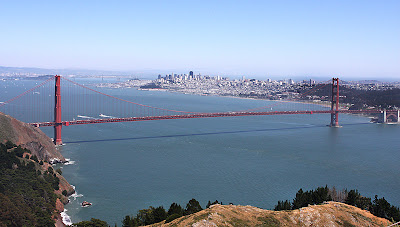 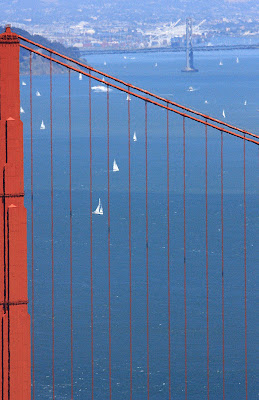 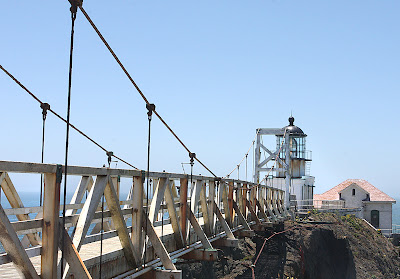 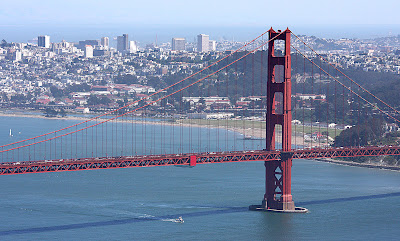 The suspension bridge was modeled after the nearby Golden Gate Bridge.  The redwood timbers and rusting bolts show the bridges age-constructed in the mid 50s.  Park personel said the new bridge will be identical to the one it will replace.  It will be built with the same materials and have the same layout. 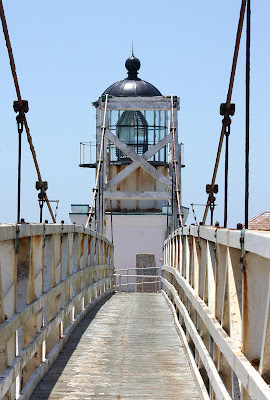 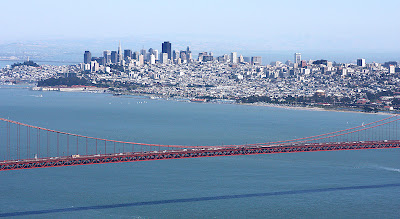 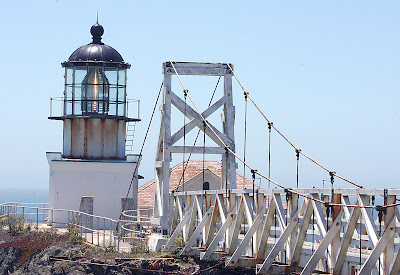 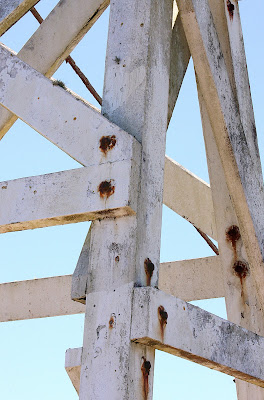 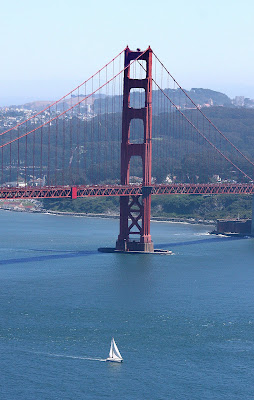 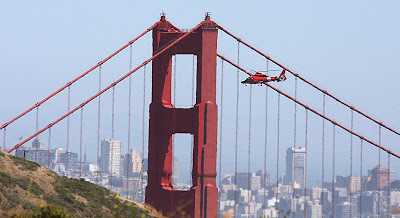 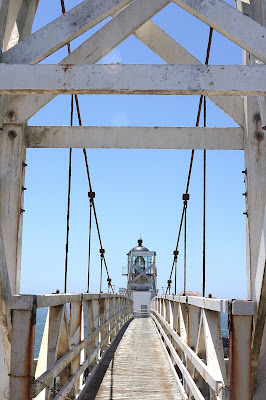 I will have to make a return trip to the bridge next summer and see the work came out.  Still it was a fun time comparing the bridge work of the two spans.
Posted by Glenn Moore at 11:22 PM