Living the dream, shattered and twisted 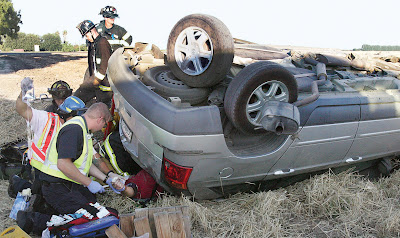 It's kind of hard to describe my job sometimes.  Work time time flows in to home time, sometimes it feels like I'm on call 24/7.  One minute I'm trying to relax after work at home the next I'm choking down dust as a helicopter takes off from a nearby field carrying a victim of a car crash.  Flip the switch, grab your gear and run.  Living the dream. Every day. 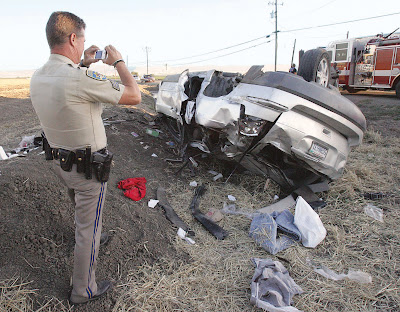 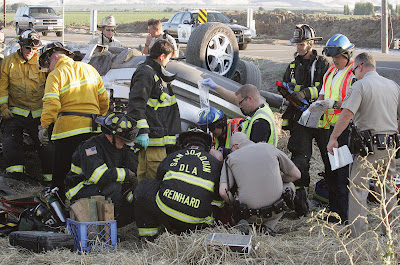 I was at home when I heard sirens, lots of sirens pass by.   It's that gut feeling something bad just happened.  I could have ignored the sirens but in this job the news never takes time off or some crap like that.  I switched the scanner on and heard the helicopter had landed at the crash scene where they were trying to free the driver. 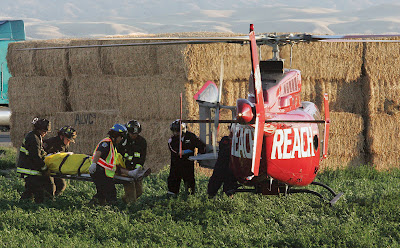 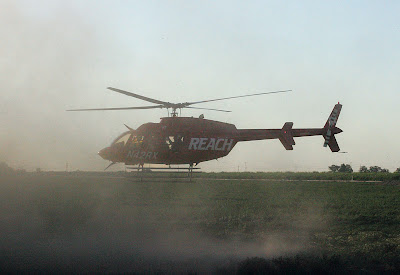 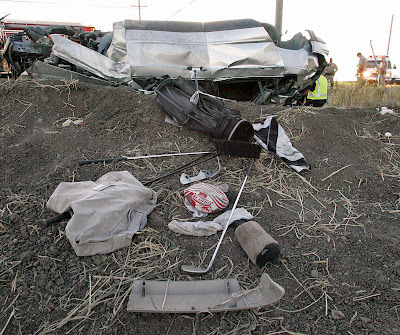 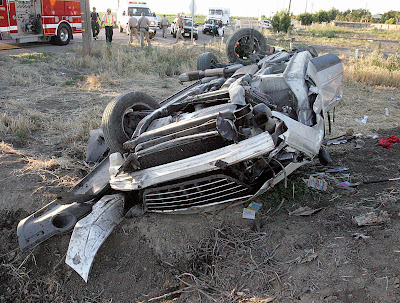 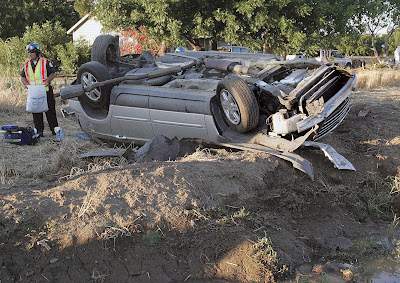 It's not even like I think about it anymore.  That journalistic instinct creeps in and starts shouting directions.  Grab the bare necessities and go.  I scanned the CHP CAD website and saw the crash was on south Bird Road.  Bad spot, speeds can high through that rural strecth so I had to get moving.  Forget about home time, no need to relax and unwind when there's carnage about.  Crossing 11th Street I could see emergency lights off in the distance somewhere near the Linne Road intersection.  Arriving at the crash scene I saw a air ambulance idling near a haystack.  Emergency vehicles filled the road as crews scrambled around a car that flipped over near a berm well off the roadway.  That mantra "I love my job, I love my job" came to mind as I crossed the road and took in the crash scene. 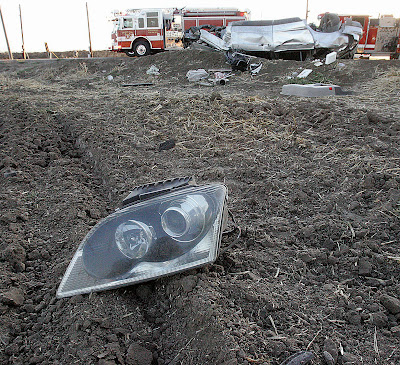 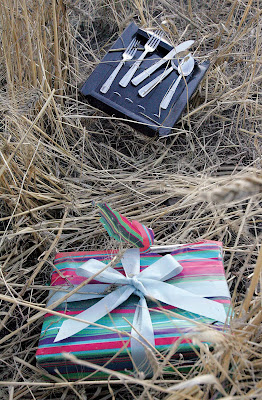 The car was a Chrysler Pacifica sport utility vehicle that had been traveling south on Bird Road.  For some reason it crossed over into the opposite lane, kept going and careened off the roadway through a home's yard, crashing through two chain link fences before flipping and landing on a berm crushing the driver's compartment and trapping the driver inside. 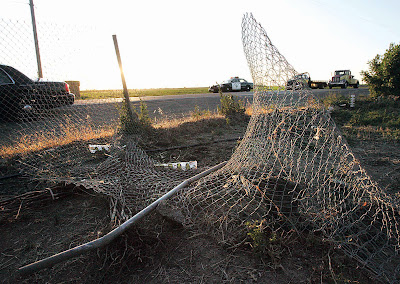 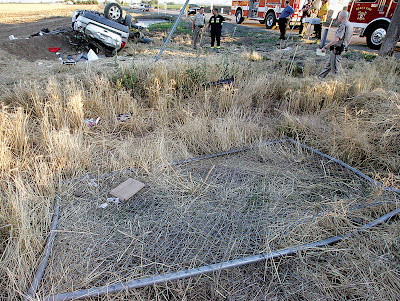 If you have ever been to a crash scene you know what to expect but this one was a true example of destruction.  Car parts lay strewn through the yard and field where the car finally landed.  Golf club, pictures, presents all lay scattered about, some nestled down in the torn grass that marked the cars path off the road.  Sometime you don't know where to start shooting with so much destruction but fire and ambulance crews were still tending to the victim as they tried to free him from the twisted wreckage 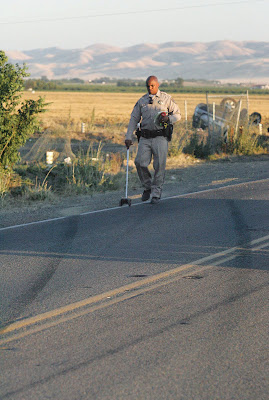 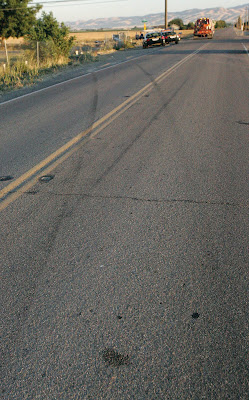 The car had finally came to rest upside down on a berm mere feet form a pool of standing water.  Sheet metal was crumpled and torn, but the driver was alive and conscious.  Crews were reaching the 30 minute mark as they worked to pry enough of the car away to free him when I saw his arm stick out. 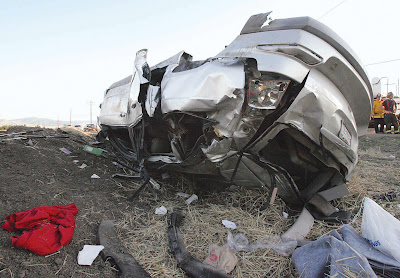 It didn't bother me, the driver wasn't dead and his arm lying crumpled beneath the car.  It was just the first sign of him being pulled to safety.  Still it was a little unsettling to see just an arm emerge with what appeared to be the whole weight of the car left upon.  Slowly they inched him free of the debris and loaded him on a backboard.  The air ambulance crew placed him in one of their yellow tarps and a group carried him to the waiting helicopter.  The engines revved and the helicopter lifted into the air in a storm of dirt that washed over all of us.  Spitting out the dust, I looked over  the remains of the car, now a shattered hulk laying in a dusty field strewn with debris and mementos.  Forty five minutes ago I was trying to relax at home.  Forty five minutes ago I hand't seen them yank a man from the twisted metal in front of me.  It's all good, I'm living the dream every day I guess. 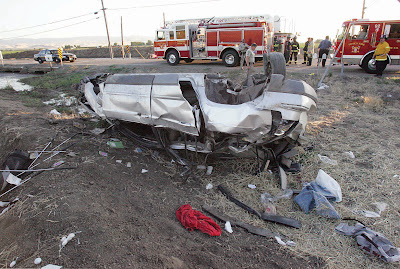 Heading back to my parked down the road it seemed almost surreal.  All the chaos and excitement 15 minutes earlier was reduced to a few flashing lights of a tow truck parked on the road.  A CHP officer took measurements along the road where the driver veered left and then crashed.  Wiping the mud and broken glass from shoes before I got in my car a flock of birds passed overhead.  They sounded like geese, I wasn't sure but they cackled and honked as they past by, heading for their roost as the sun slipped low on the horizon.  That's my life.  Boredom to chaos at the flip of a switch.  Looking back I don't think this is what I expected my life to be 20 years later.  Living the dream, one day at a time.
Posted by Glenn Moore at 11:27 PM