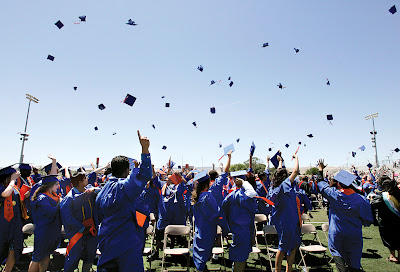 Saturday was another one of those moments when you capture a little piece of history.  On a windswept football field the Kimball High Class of 2012 bid farewell to high school.   Kimball High officially had their first-ever graduating class. 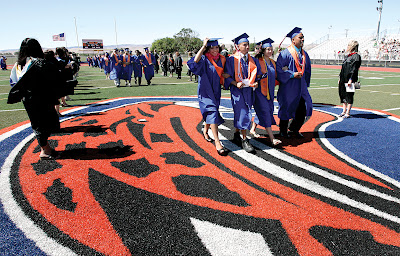 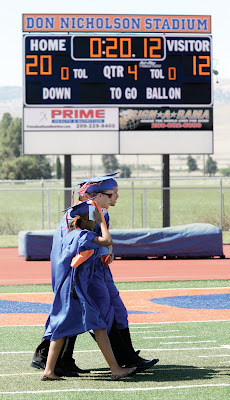 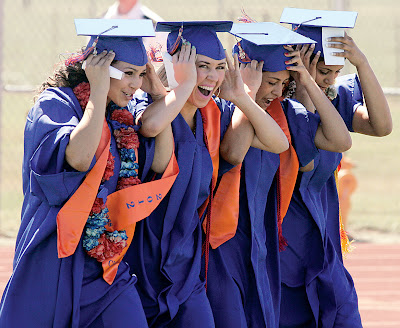 Graduations are a pretty easy assignment to shoot.  What was hard about Saturday was I would be bouncing between two different schools.  I would take West high's graduation ceremony firing off at 8:30 a.m. get would I could by 9:45 and then tear over to Kimball High for the 10:30 a.m. start of their ceremony.  Tracy High teacher Wayne Thallander was covering the Tracy High ceremony as there was just no way for me to get to all three and spend quality time at each ceremony. 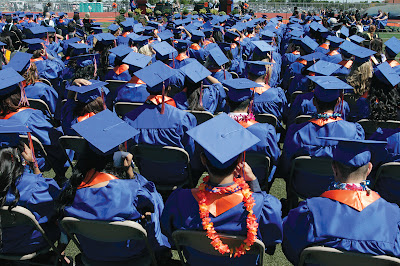 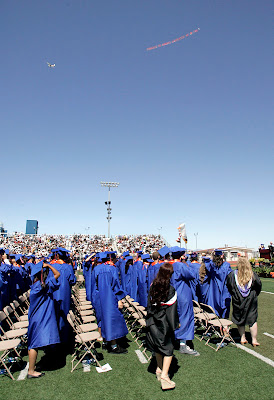 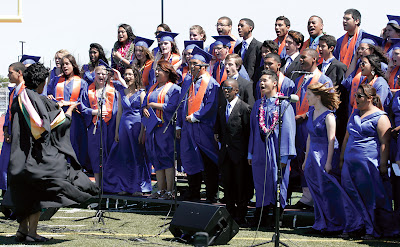 Kimball High graduates had to contend with a small hurricane that seemed to rip across the field during the entire ceremony.  I would see the occasional mortarboard or sash tumble across the football field driven by the winds. 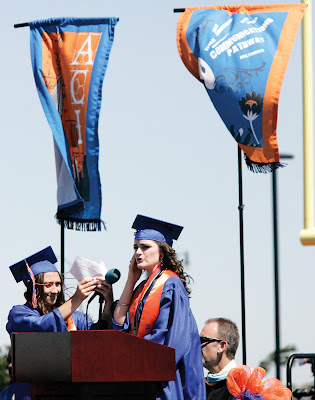 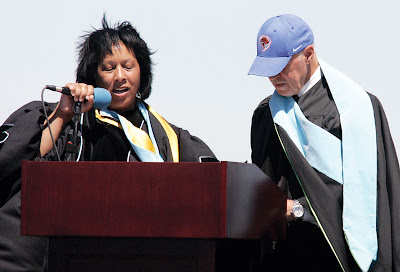 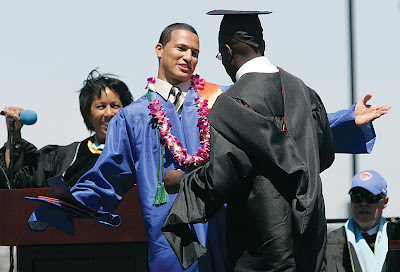 I couldn't hear much on the field between the wind whistling past my ears or the annoying parents firing off air horns in the stands  it was near impossible to hear a name as it was called. 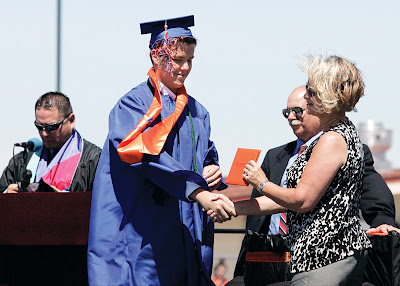 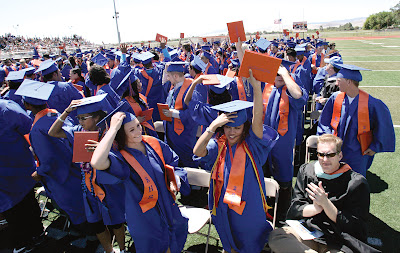 But beside all the hassles from the nightmare in the parking lot to the zephyr threatening to blow everyone over it was nice to watch a bit of history unfold.  You don't really think about it but it was a day of first.  The first time a senior class would march onto the field, the first graduation speech, the first diploma received by a Kimball student. 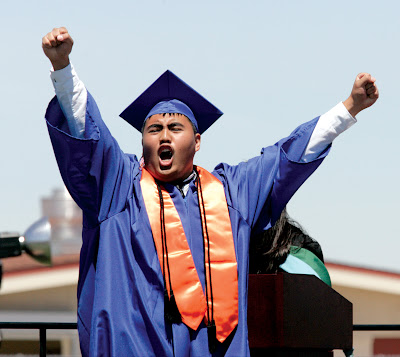 And it all ended with the first goodbye.  A moment where seniors turned into graduates with a long future ahead of them.  Hats flew into the air in celebration,the first celebration of an ending the first of many come in the history of the Kimball High Jaguars.
Posted by Glenn Moore at 11:19 PM