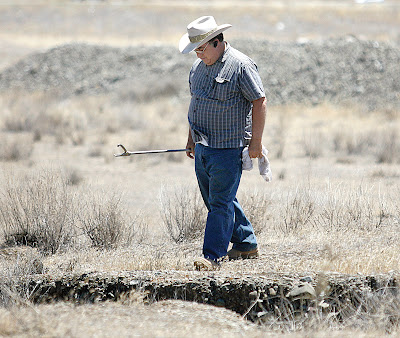 This is one of those times where a photo assignment didn’t really go as planned.  We were supposed to be doing a story on a rattlesnake wrangler and over four hours later it seemed like we wrangled everything but a snake. 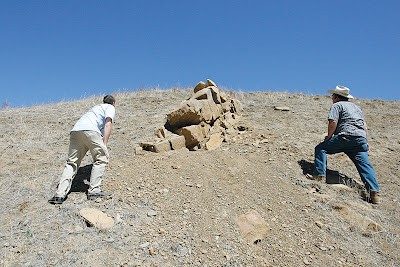 We would be tagging along with outdoor enthusiast Don Moyer and his son Donald as they searched the canyons at the start of the foothills south of town.  We started our hunt at the very end of Bird Road and headed out along the dirt roads through a sunbaked stretch of canyon in search of the rattlesnakes.
It’s not like I haven’t seen a rattlesnake in the wild.  I have had my fair share on the hiking trail with the most recent snake encounter coming on a Morgan Territory Trail.  To tell you the truth I was always try to avoid snakes on a hike.  It’s pretty much common sense you stay on the trail paths and watch your step. 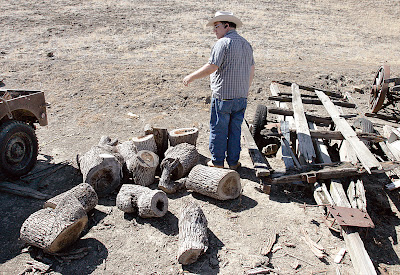 Snakes like to curl up just off the path in the tall grasses as they find some relief from the midday heat.  You learn to be careful around rocks, logs and holes-anywhere a snake might use for cover.  Today’s adventure was markedly different; we would be going out of our way to scour all those potential resting spots in our quest for a snake.  I was armed with my camera gear, a folding knife and my hiking snakebite kit just in case of a close encounter.  Our guide carried a snake catchpole and a bag.  We headed out a long a dusty, bumpy road stopping at the scatted rock piles and farm structures to peer into the shadows to see if they held a rattler. 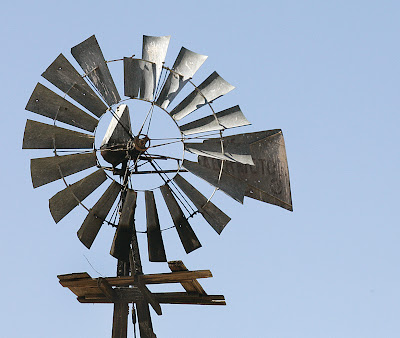 It was kind of weird, sneaking up on a windmill in the middle of nowhere.  But there I went, cautiously approaching the wooden base as I scanned the shade for any snakes.  Our searches were fruitless; from one barn to the next windmill to the clump up rocks on the hillside we found no sign of snakes in the canyon.  Maybe they were camera shy. 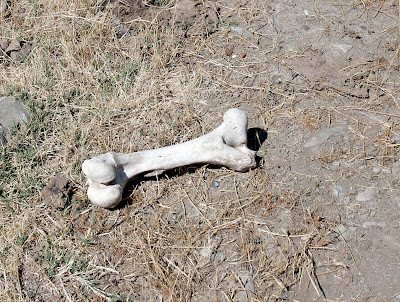 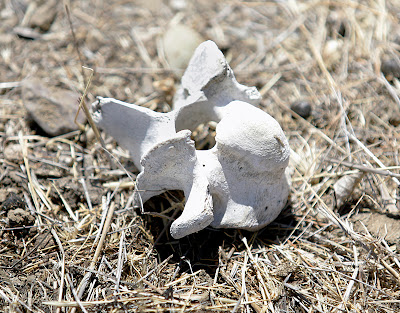 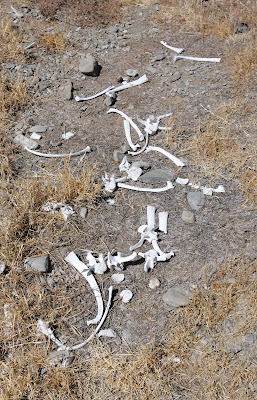 In the middle of this barren canyon we did find many unusual sights.  Bones from dead grazing cattle were scatted throughout the canyon.  Sometimes it was just a single vertebrae bone other times it was a pile of scattered bone bleached white in the sun. 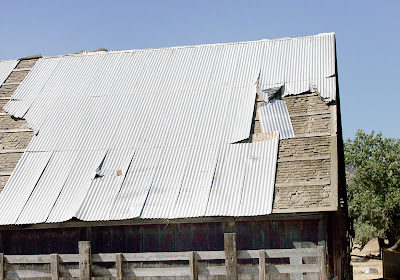 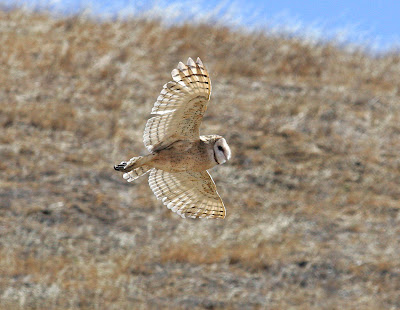 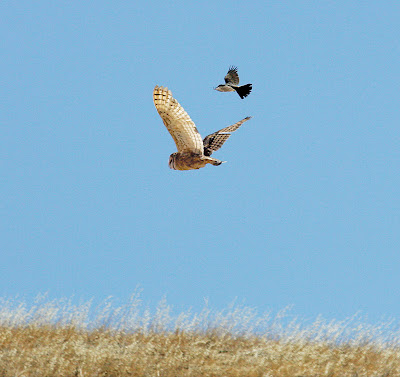 Windmills dot the canyon as they pumped water for the cattle grazing the nearby hills.  A dilapidated barn complete with owl sat off the road.  It was an odd collection of sights for sure.  Our hunt turning up empty we headed to a nearby ranch to search their property for snakes. 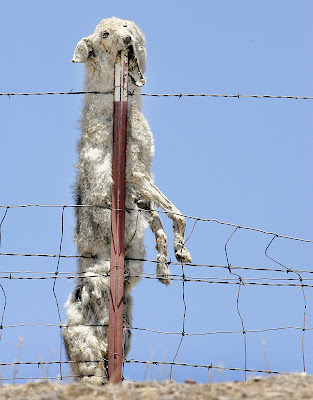 The first unusual sight I found there was the carcass of a coyote impaled on a fence line as a warning to his brethren not to near the sheep ranch blow.  Moving on the remains of dumping from years ago produced rusted appliances and a half-buried truck sitting silent near a dry creek bed.  It all seemed surreal. 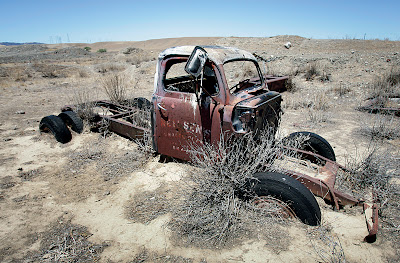 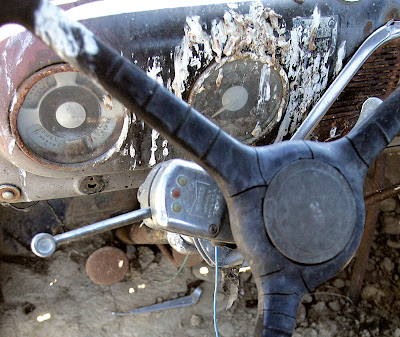 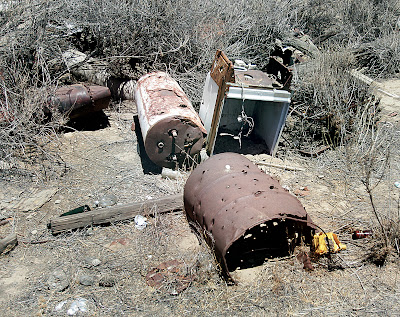 Poking in the cracks and crevices from the various objects strewn about we still saw no sign of our elusive and apparently bashful quarry.  Four hours into our hunt and we decided that they weren’t to be found today. 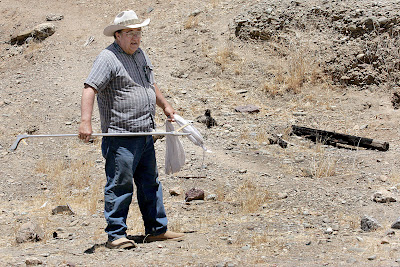 That’s the way it goes sometimes, the harder you look for something the less likely you are to find it.  I am sure that sometime this summer as I walk on the hiking trail I will be greeted by that unmistakable hiss and rattle as I stumble upon a rattlesnake enjoying a short repose along the trail, it will be just my luck.  I just hope he slithers around long enough for me to snap his picture.  I hate it when they are camera shy.
Posted by Glenn Moore at 8:48 PM