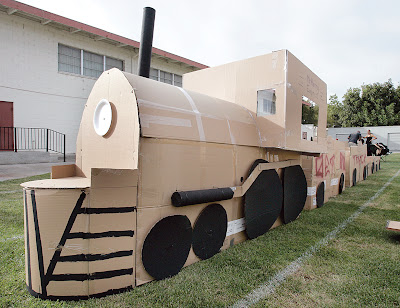 I shot the annual Kids in a Box fundraiser for the McHenry House family shelter the other day and I noticed a trend.  As the school field began to fill with boxes it quickly became a story of who could build a bigger box. 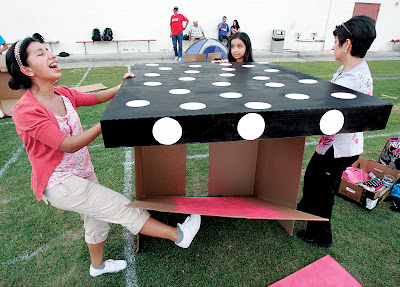 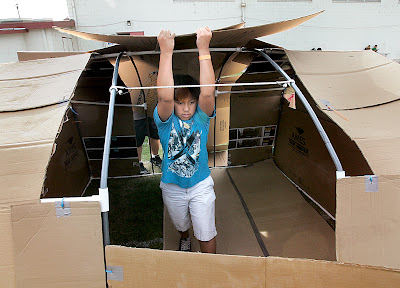 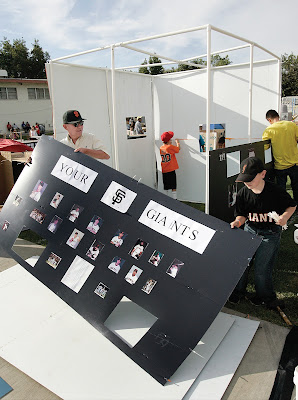 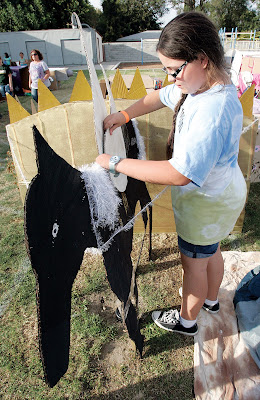 The event has certainly changed from its early roots when one girl camped out in the Lincoln park gazebo with a plain cardboard box for shelter. 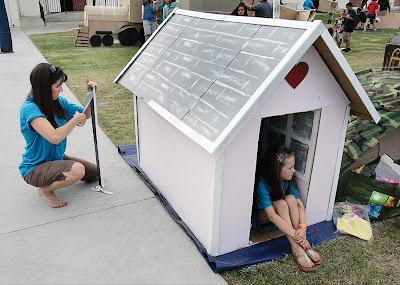 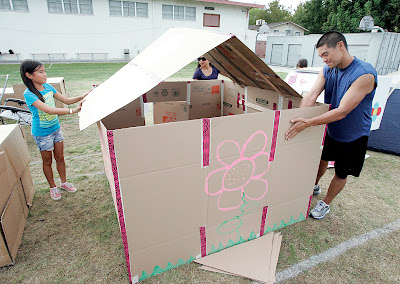 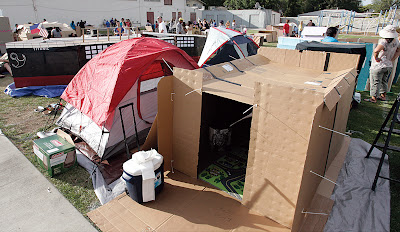 While there were still simple boxes to be found among the creative entries were a locomotive  ocean liner and horse and chariot. 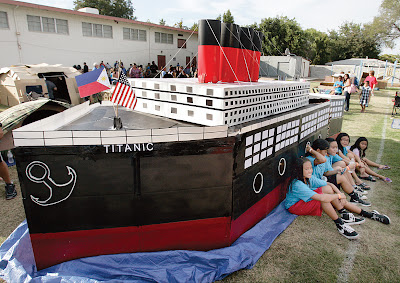