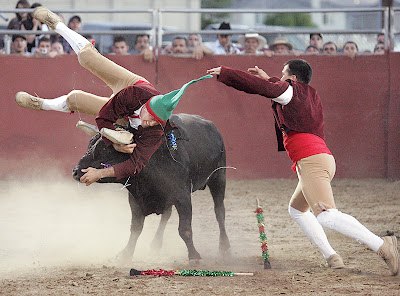 You wouldn’t think on a Friday night two blocks from downtown the air would be filled with the sound of a trumpet calling a matador to action. 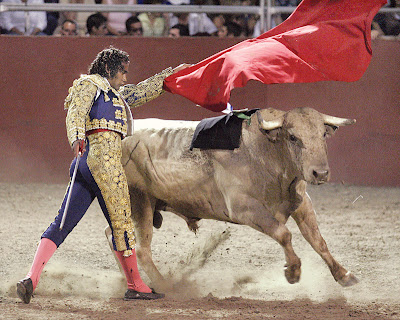 In decades old tradition the bullring at the Portuguese Hall on 9th Street was filled with spectators cheering on the bloodless bullfights that concluded the Holy Ghost festa celebration. 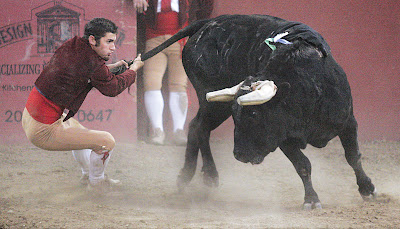 It’s an interesting sight to say the least. Colorfully clad matadors with purple and red capes swirling about the ring to entice an angry bull into action. A bullfighter on horseback opens the night’s events while most of the crowd waits for the “suicide squad” a group of diehard bullfighters that tackle the bull with their bare hands to prove their bravery. 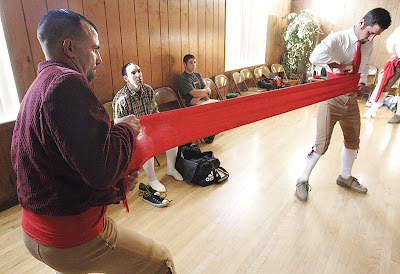 It’s a sport I photograph only once a year so it seems like the first time each year I shoot it. In the waning light a fast telephoto lens is the best option to capture the action as it scrambles about the ring. 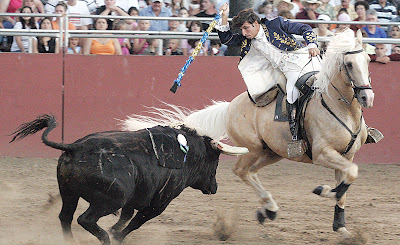 From the colorful traditional garb worn in the ring to the matadors sweep of the cape as the bull rages by it is a glimpse into a culture and heritage rarely seen and worth a night at the fights.
Posted by Glenn Moore at 3:22 PM