Saddest day at the fair 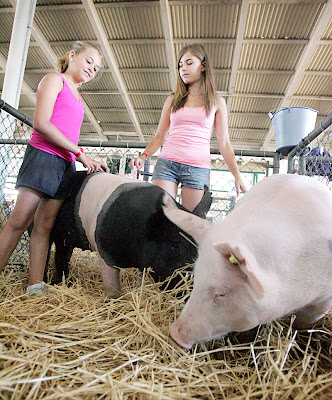 I was making the rounds at the livestock area of the San Joaquin fair this morning when I bumped into a group from Banta 4H. Four girls were spending their last morning with their market hogs before they were auctioned off later in the day. All four were somber and as I took their picture they told me that it was the saddest day of the fair, they had to say goodbye to their animals. 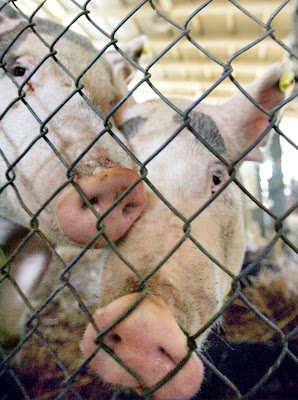 Students in the FFA and 4H programs spend many months tending and caring for their projects. From pigs to rabbits to beef and turkeys they labor for one moment when they parade their prized animals before the crowd at the auction ring. With the auctioneer’s call of sold they say goodbye as the animal is whisked away to its fate, usually a trip to the meat processor. 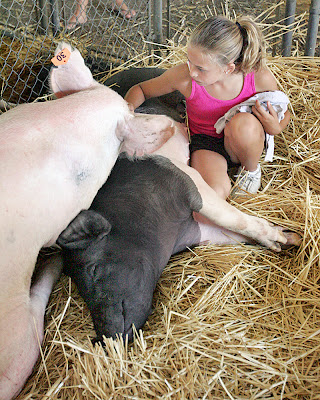 At the Banta 4H hog stall the girls said they thought their pigs knew their fate. The pigs, “Twinkie”, “Babe”, “Tinkerbell” and Piggy” brooded about their stall napping as the girls said their farewells and waited for their turn in the auction ring. 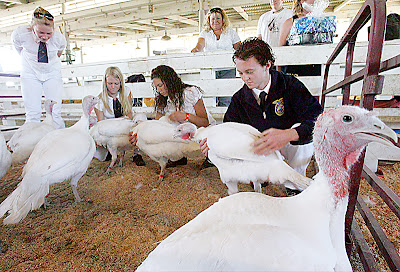 A FFA student with turkeys had a different view. He said they had no idea their future involved stuffing and gravy. Ignorance is bliss I guess. 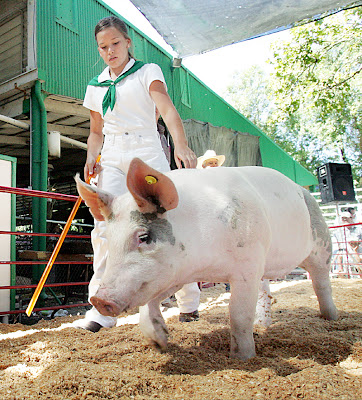 Others were trying to make the best of the brief appearance in the auction ring. Whether it was holding their sheep still for the buyers gaze or keeping their pig moving around the ring. In the end it was one last walk down the isle with their animals and then they were gone. 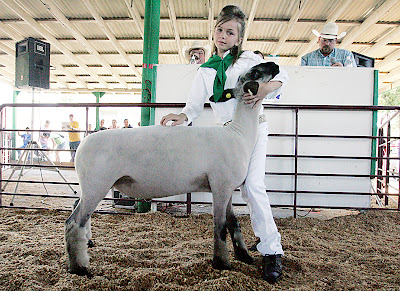 It may seem sad to the youngsters as they loose their animals, some of which might have become pets to them. But next year they will be back at the fair with another batch of livestock to show and auction off. The sadness just lasts a little while. 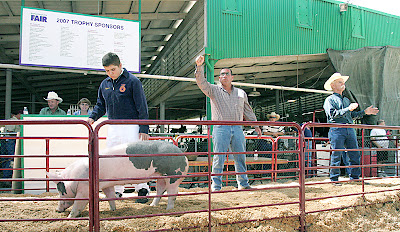