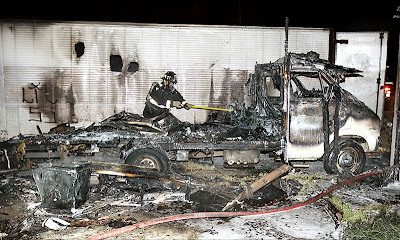 It seemed for a week or so there wasn’t any action in Tracy on the police scanner on the fire channel frequencies. I kept hearing sirens but I never heard any calls across the radio. As soon as I found out the frequencies had changed and I programmed the new Lifecom channels in the scanner was filled once again with bustle of emergency dispatches.

Late at night while I am relaxing at home playing around with iTunes I hear siren in the distance, steady for a few minutes. That’s not good I though to myself. I grabbed my portable scanner and switched to Lifecom Command and heard fire crews shouting to charge the second line and saying there were in the attack mode. The more I kept telling myself that’s not a good sign I decided to check out the fire on 3rd street which turned to be a motor home that was set ablaze. The fun of listening to the scanner at night. 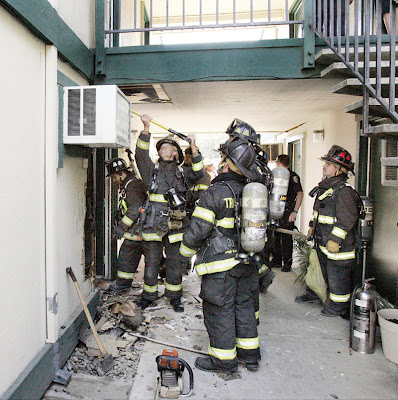 The next morning at work I settle down to process the night fire when the scanner sounds the alert tones for an apartment fire on Tracy Boulevard. The joys of being a scanner geek never end.
Posted by Glenn Moore at 10:15 AM