A wild and wacky week so far 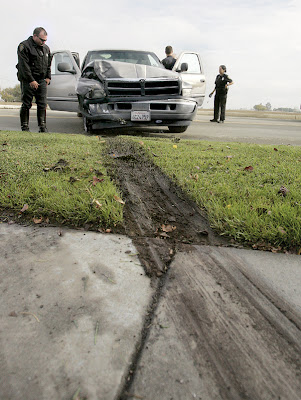 A mysterious death, puddles of blood with no victim and a drunk driver have made for an interesting start to my work week.

MONDAY: Just when I though the extent of crime drama I would see was a tree knocked over by a semi truck I found myself behind the crime scene tape in rural Tracy at the scene of a dead body found in a house. It was later determined the man died of natural causes but he had 600 marijuana plants growing in the bedrooms.

TUESDAY: Just when I am supposed to go photograph piano students practicing for a recital I was rerouted to Mac Arthur Drive where a drunk driver had careened through south side streets before crashing into a sound wall. The roadway was shut down for over an hour while they investigated the driver’s path. 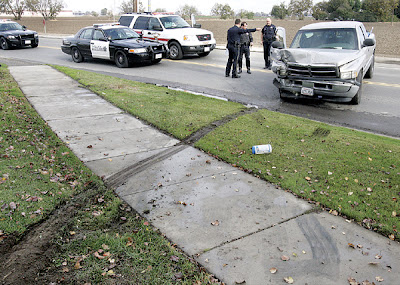 WEDNESDAY: Driving to work this morning I spot what looks like the entire Tracy police force parked in front of an abandoned house on Grant Line Road bordered by crime scene tape. It seems a city building inspector checking an open door on the property discovered pools of blood and the imprint of a body in the grass nearby. It was later found to be a drunk that had fallen in a stupor and bled on the property. 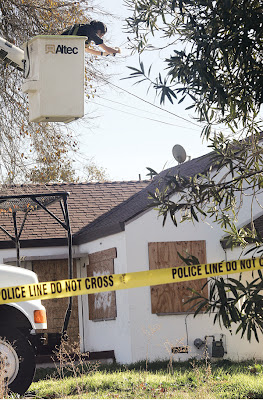 It has been a crazy start to the week and the month. I can’t wait for Friday to see how many more crime scenes I can cover.
Posted by Glenn Moore at 3:13 PM