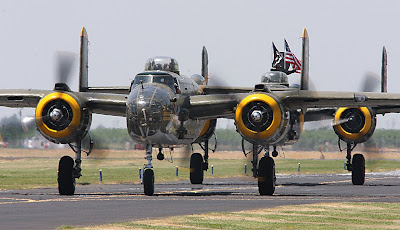 The saying goes that fighter pilots make movies and bomber pilots make history. Etched into the history books in the dark day following the attack on Pearl Harbor was the first strike against the Japanese empire by a small group of bomber pilots flying against incredible odds. 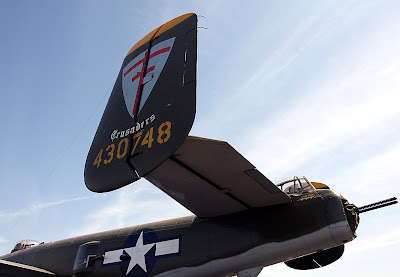 Launched from the aircraft carrier the USS Hornet the strike force of sixteen B-25 Mitchell bombers commanded by Lt. Col. Jimmy Doolittle attacked targets in the Japanese homeland including Tokyo. The attack helped raise the moral of the American public as the war began and has become known through history as the Doolittle Raid. 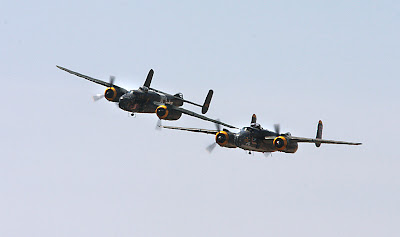 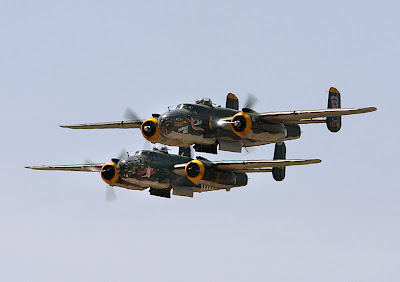 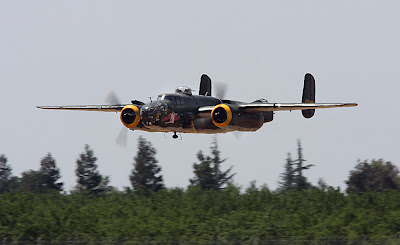 While all of the 16 Doolittle raiders were lost in the attack their legacy lives on. Restored B-25 Mitchell bombers are a staple static display aircraft at most major airshows and often make flying performances. Madera’s airshow was host to a pair of bombers named Executive Sweet and Heavenly Body. 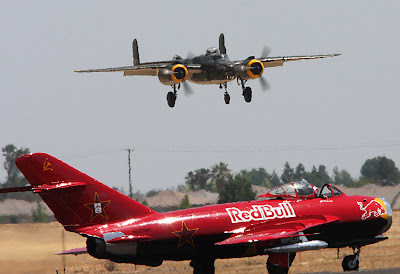 A tradition started in wartime and carried on the nuclear bombers of today is they are identified by their pilot-given nickname, often accompanied by colorful nose art. Of the two bombers at Madera, Heavenly Body took part a 1992 50th anniversary of World War II commemoration in reenacting the Doolittle Raid by launching of the flight deck of the aircraft carrier USS Ranger. 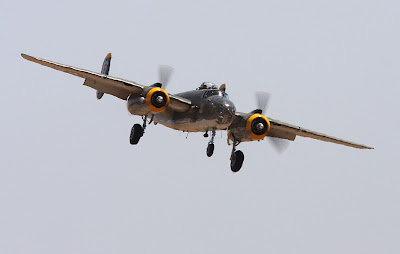 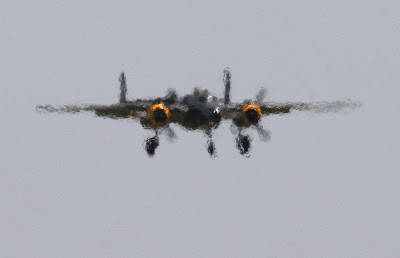 The B-25 is considered a medium bomber and is not a small airplane by any means. It was impressive to watch as the pair of bombers tucked into tight formation for passes along the runway. They then broke off for a series of high speed low passes along the crowd line before settling down for landing in the shimmering heat.
Posted by Glenn Moore at 9:06 PM