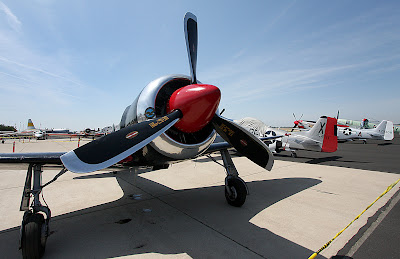 It had been three years since I have gone to an airshow and just about 26 years since I ventured to the sun-baked runway of Madera Airport to watch one there. Last Saturday I ventured back south along Highway 99 to that wide spot in the road to watch a collection of warbirds gather for a show. 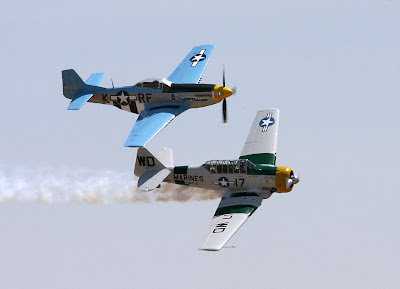 I love watching airplanes fly, and I said before if I could just take pictures of airplanes all day I would die a happy camper. My first airshow in three years and a Canon 40D with a handful of memory cards handy you know I was just itching to get some trigger time. I headed down south with my hiking buddy turned airplane photographer Alice for an afternoon of airplane adventures. 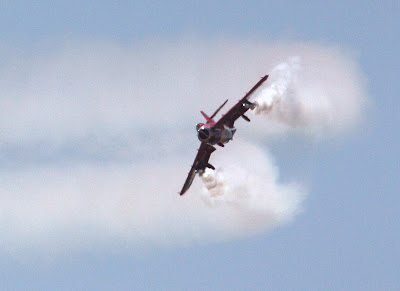 I packed my 300 mm telephoto, a 70-200 mm zoom, 1.4 tele-extender and a 10-22 mm wide-angle lens for ground displays. I brought about 20 gigs worth of memory cards and four fresh batteries to round out the camera equipment. 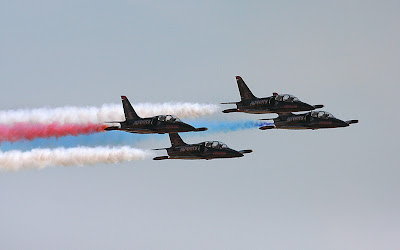 The crowd was thin at the Sunday show, very thin and our seating at the show was along the yellow tape separating crowd from airplanes. With no one around us we could stand, sit spread our gear out and just generally have a leisurely time shooting. Just the ticket to get back into the swing of airplane photography. 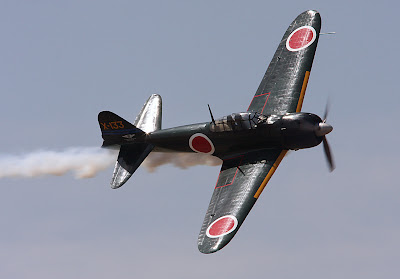 Looking back I was in the gray area where I was too close for one lens and not close enough with the other telephoto. I waffled back and forth and fought tight cropping issues the whole day but I still had a blast. Somewhere along the way I managed to fire off 3,817 frames during the show. It was good practice follow-focusing a jet traveling 400+ miles-an-hour, makes the speed of a Little league game see tame. 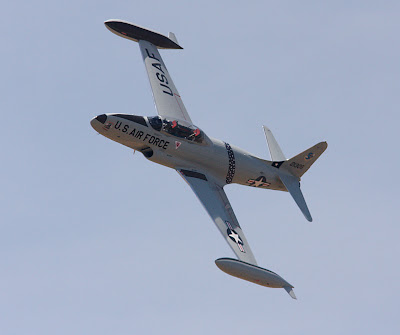 It only took three days to edit the near 4,000 images to my favorite 140 or so pictures. I will be placing different aspects of the show in the next days. Stay tuned for glimpses of performances from an At-6 trainer to a Russian Cold War fighter to prop driven fighters from a war a century ago now. The highlight of the show was the civilian four-ship jet team the patriots based out of Byron, California. 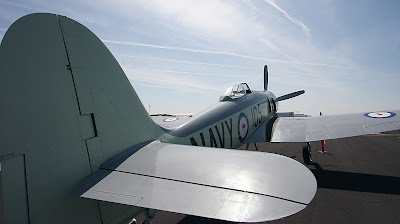 Great shots and sounds like great fun. remind me to ask about 40mb chips.