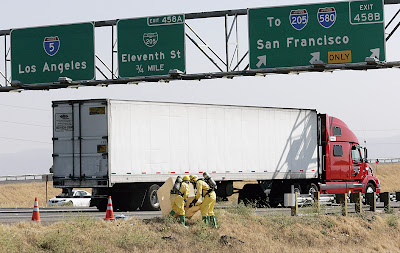 The scanner call for this news scene was a little odd. Dispatchers made an emergency call for any Hazmat (hazardous materials) specialist from any departemnt between Manteca and Escalon to go to the Interstate-5 and I-205 connector for a hazmat response. 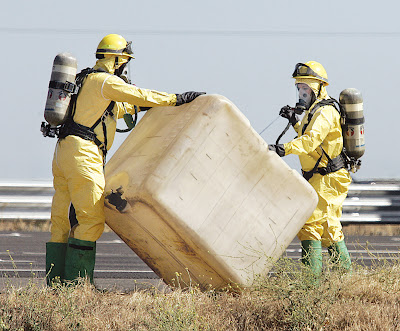 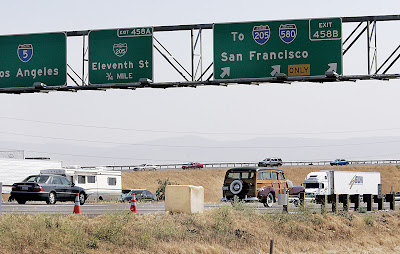 Naturally every hazmat team between Escalon and Manteca responded and I headed out to the scene as well following one of Tracy Fire's emergency response teams. With that many crews heading out to the scene I had vision of a tanker truck flipped over on the freeway spewing a toxic carg across the roadway unleashing a poionous vapor cloud toward unsuspecting drivers. 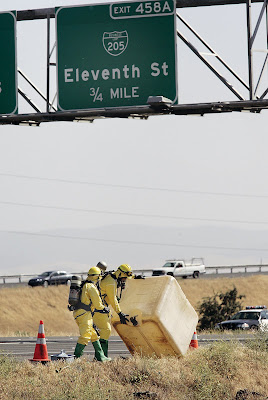 Pulling up on scene I was sorely disappointed. Sitting off to the shoulder of the roadway was a large plastic bin cordoned off by traffic cones. I felt jipped. No one knew where the box came from, Caltrans crews discovered it at around 1:30 pm and it became a hazmat callout when the authorities were notified. 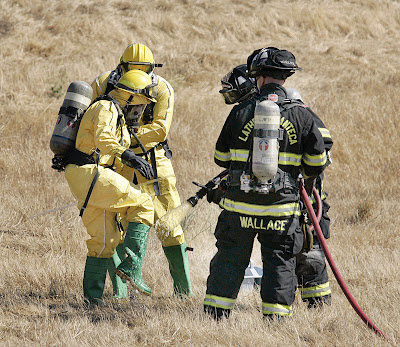 Hazmat scenes are pretty boring until the crews don their protective suits to venture out for a sample. I could just imagine what rush hour drivers must have thjought about the scene as crews in bright yellow suits sampled the tank. It turns out it was ahrmless oamount of mineral oil and could be safely disposed of but it still made for good pictures.
Posted by Glenn Moore at 2:13 PM