Of all the sports I shoot I would have to say my favorite is soccer. Nothing beats the fast paced action of a good soccer game with bodies flying in all direction up and down the field. I like to think of it as controlled chaos. You never know what is going to happen next or where. 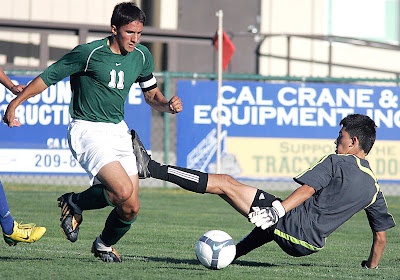 I guess I am supposed to like all sports that I shoot by I do have my favorites and my not so favorites. Shooting a golf match is like sipping Novocain; it just makes you numb after a while. Sure I do my bunker dance and pray I don’t get cracked in the lens by a wayward drive but there just isn’t any real excitement in it. 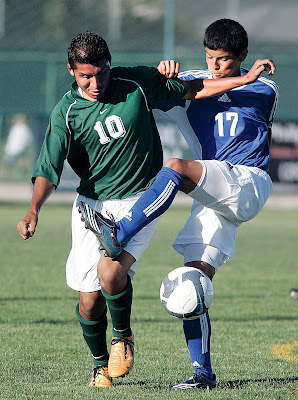 Baseball is good but some games can draw long as it whittles down to a pitchers duel. Then I try to stay awake by seeing how quick I am on the shutter release to catch the ball coming off the pitcher’s fingertips. 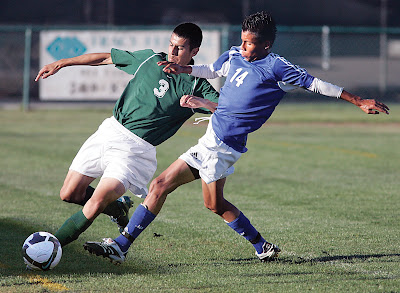 Waterpolo has a lot of action but it all tends to look the same after a period or two. One arm up in the air holding the ball, that's all there is. Sometimes I hope for a stray shark to enter the pool to liven up the game. 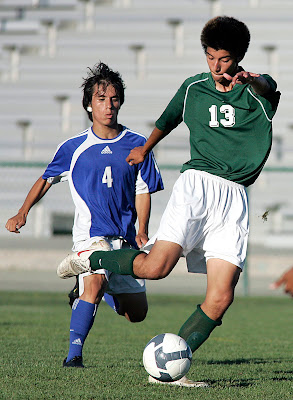 Football can be fun but all the up and down the sidelines it seems like I am on a hike at a real small park. You hope and pray for a run to your side of the field but just as the ball carrier draw near enough the referee steps into the frame. It is enough to make you cry. 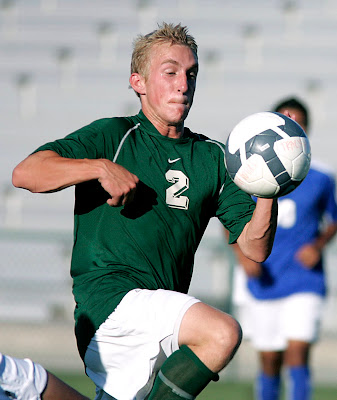 For non-stop action I’ll take the soccer game. The symphony of legs and arms colliding as they leap for control of the ball is music to my camera. The pictures can have a rhythm, as the players sometimes seem to take on a dance like pose in their runs. 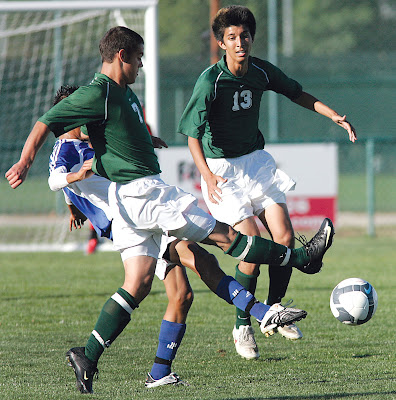 I am not sure why but I seem to do my best work covering soccer. Between the teeth rattling crash of two athletes going for a header or the dive of a goalie into the foot of a player to block the shot at the goal there is just more to look forward to. All we need now is one of those guys to shout at every score. GOOOAAALLL! 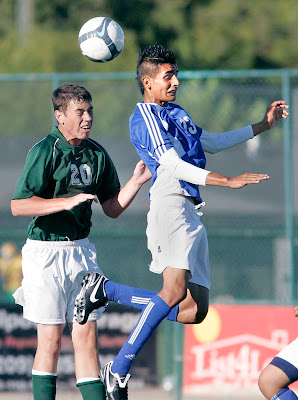 Your action shots are spectacular. I am starting to learn the joys of shooting soccer. I hope my daughter's team can get out of the "clump ball" mentality and start passing the ball around the field. The group shots of 10 or 15 girls hoping to get the ball are less than thrilling.