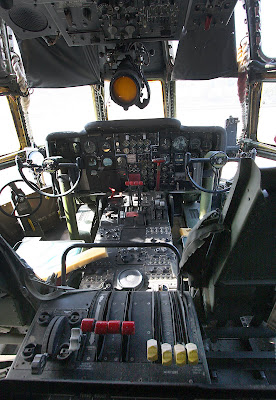 I have been to the Castle Air Museum many times. i watched several of their aircraft arrive for display, sometimes on the end of a aircraft tug, some landing at the nearby air base after their tour of duty was over. But in all my visits I was always viewing the planes from a distance. That was until this past Sunday when the roll out of the museum's F-15 Eagle coincided with one of their twice a year Open Cockpit Days. 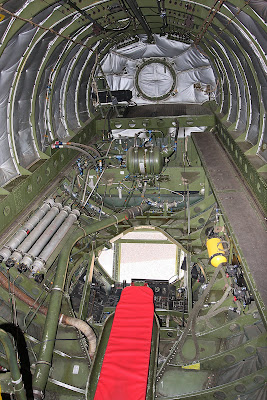 The concept is really neat, they let you carefully walk through some of the bigger airplanes on display and using boarding ladders take a look inside the cockpits of some of the smaller planes. No one was allowed to sit in the pilot seats of the airplanes but it was incredible to get a glimpse inside such mysterious planes as the British Avro Vulcan nuclear bomber or view the cockpit of the SR-71 Blackbird spy plane. 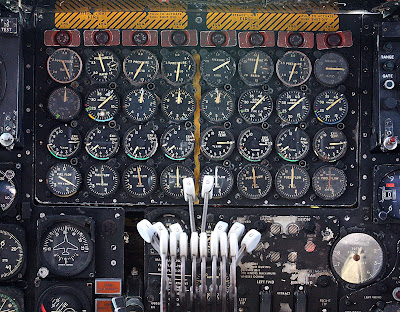 The museum hosts the open cockpit days twice a year, once in the fall and then once again near Memorial Day. 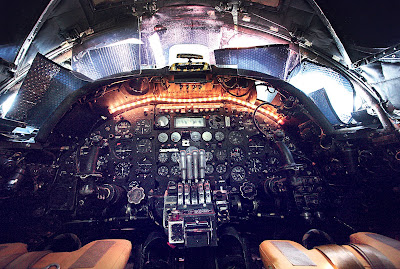 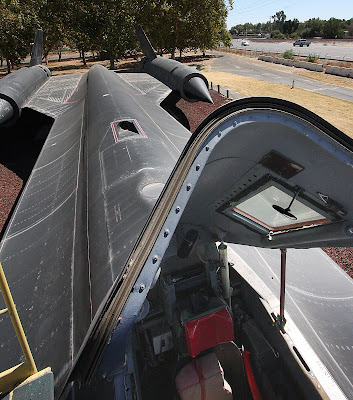