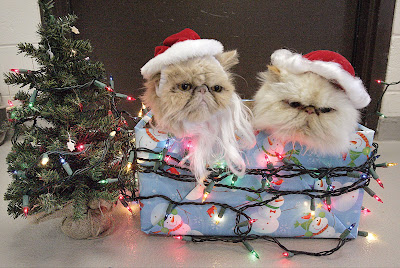 With all the bleak and depressing things that happened this year the thought of one assignment kept me going these weeks like the three kings following the Star of Bethlehem. One happy assignment I look forward to for months. Today we were going to “Dress the Dog” at the Tracy Animal Shelter for the holiday edition of the pet of the week. 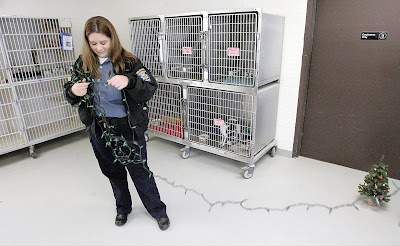 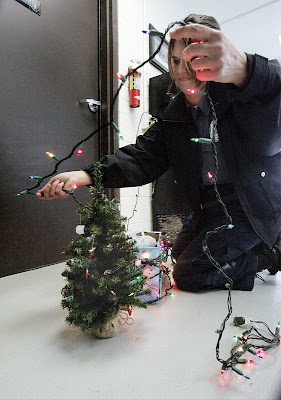 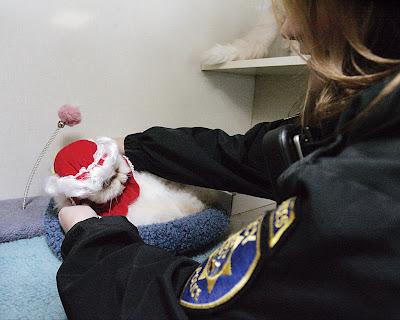 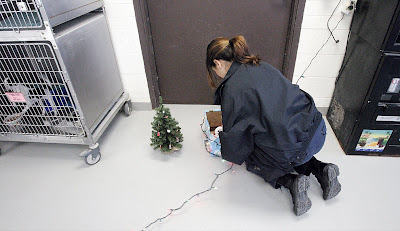 Yep today was the day where we take a festive tone on assignment and wrestle a Santa hat, scarf, maybe a pair of mittens and a string of lights on an animal shelter resident for their holiday portrait. The picture goes in the Our Town section and we try to give it a Christmas theme for one issue. At least that’s our excuse; it has become a holiday tradition to take the pet portrait and every year the staff tries to make the holiday pet of the week more spectacular than the year before. We had though about wrapping the dog with garland this year and maybe adding a tree somehow but when I arrived at the shelter they had come up with a new twist for this year. Forget about dogs wearing mittens, we were going to dress up a pair of cats. 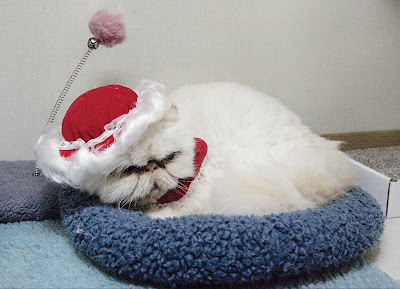 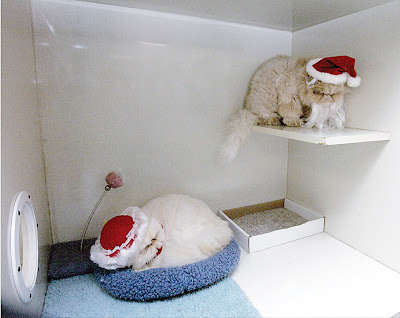 Cats you say? That was my first reaction. Dogs are bad enough try to make sit still but cats was going to be a whole other ball of yarn. And two of them? Are they insane? Have they been dipping into the eggnog early? Animal Control officers Lisa McDonald and Beth Palacios assured me they had a plan. They had even practiced dressing the cats up to make sure we would have smooth sailing in front of the camera. This was a recipe for disaster worse than any Christmas fruitcake. But bravely we picked up our box of lights and cat hats (yes, hats for cats) and headed to the cat kennels. 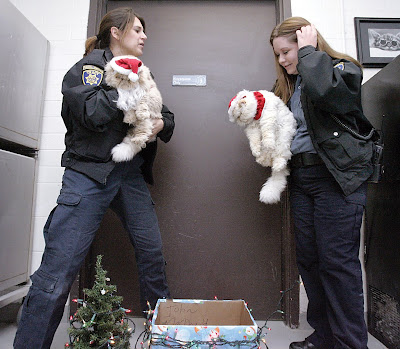 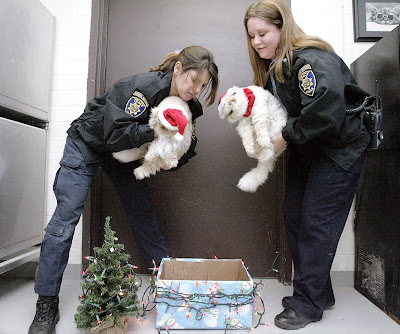 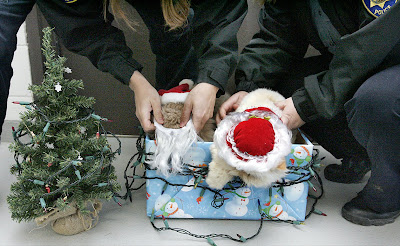 Our lucky models were two neutered male Persian cats named “Binx” and “Burton”. First step was to carefully put stocking hats to transform them into Santa and Mrs. Claus. This is where the fun begins. After a few attempts to figure out which hat went on which cat (“No not that cat, the other one”… pause… “No the other cat!” ….odd when there were only two cats in the cage). Finally attired with the finest in fake fur we set to placing them in their home-away-from-kennel, a wrapping paper covered box covered with Christmas lights. God help us. 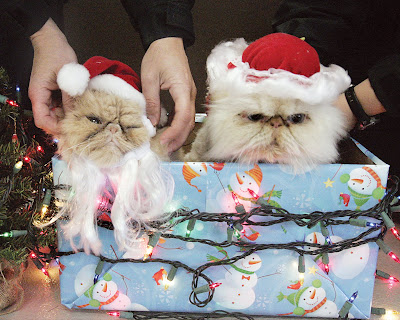 Ok so first of all cats don’t like boxes. Don’t believe what you hear they don’t like the concept of being stuffed in a boxed. Maybe stuffed is a strong word… they “placed” gently. Anyhow they don’t like it, especially when a camera is pointed at them. So the keep is to work fast. Shove ‘em in the box, hope they look at the camera and fire away. So then I discover that the cat wearing the Mrs. Claus hat doesn’t want to go along with the program. To show his displeasure with our plan he decides to bolt from the box. Now I realize we forgot the hot glue gun (just kidding, a staple gun would have worked much better). So it becomes a matter of retrieving the one cat, keeping the other cat from eating the plastic Christmas tree next to the box and making sure I have the camera focused. 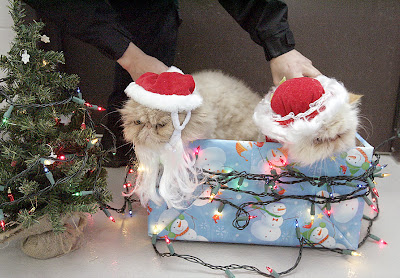 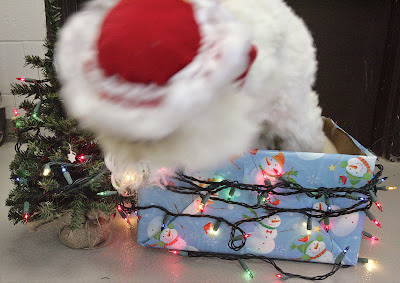 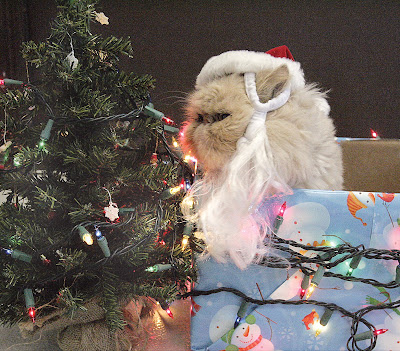 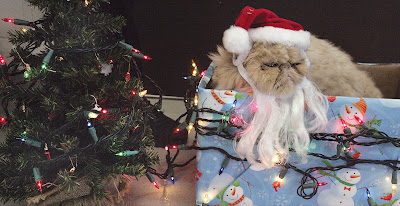 So after about 5 minutes of shooting the cats are humiliated enough to accept their fate and stare numbly at the camera. I fired away as they made a face sadder than a 2-year-old sitting on Santa’s lap for the first time. With thoughts of catnip dancing about their heads I took a few final shots and came up with our holiday picture. It was everything I had hoped for, Christmas lights, arguing and cuss words, just like the holidays at home. Yep it’s starting to look a lot like Christmas! 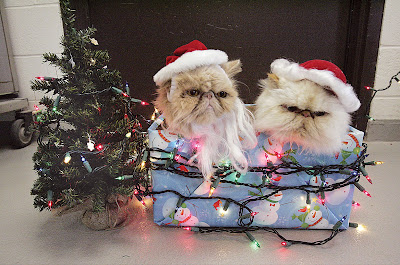 Merry Christmas, Happy Holidays and a Happy New Year to all!
Posted by Glenn Moore at 5:13 PM

Glenn, once again you capture the meaning of Christmas. Beautiful. :)