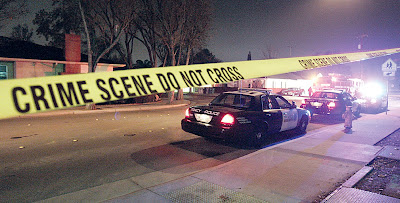 There is a saying “It’s always darkest right before it goes pitch black.” Standing in the darkness behind the crime scene tape for the city’s fifth homicide of the year things do look pretty dark. 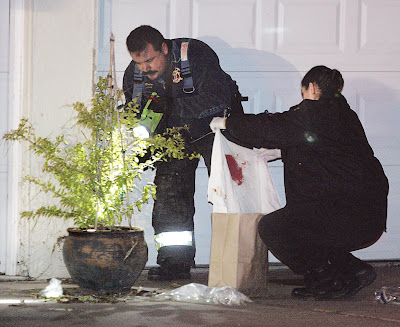 I sound like a broken record these days but consider the numbers. There were two shootings Friday night which made five for the week with three people being shot one fatally. If you look at just the month of December there were six shooting with four people being shot. It’s insane. 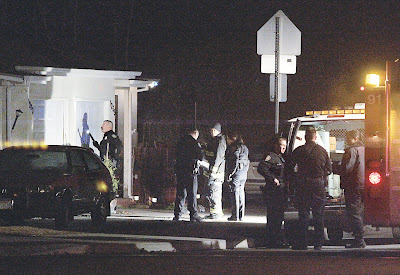 I walked around on my first two assignments this morning shell shocked. I crawled into bed shortly after 1:00 am Saturday morning after covering the shooting scene on East Street. Five hours later I am up and getting ready for a new day of assignments and while drinking coffee the early local television news reported the shooting victim had died. Five murders. I’ve lost count of just the general acts of violence committed in the city. There were other shootings, stabbings; someone tried to run over a kid with a car, bank robberies-it is getting too much. 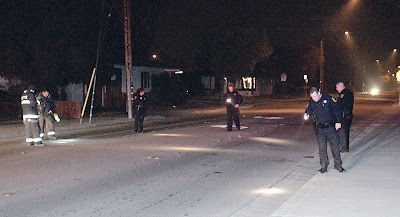 So here I am seven days away from Christmas and feeling like I am in the grips of the dead of winter. It is starting to feel like all we do is cover the dark depressing events. How could we go from zero homicides in 2008 to five in 2009? And it seems like we are getting off lucky at just five. Other shooting victims could have easily raised our body count to six or seven. 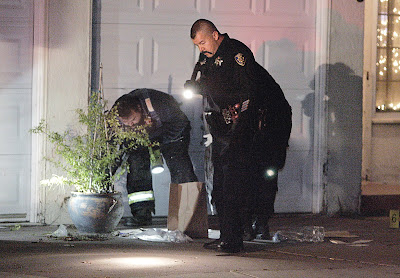 So what happened to us? No one wants to answer; everyone is too busy pointing fingers. Look at the comments section of the website and you see how scared people really are. Talk of packing guns and threats against anyone crossing their path seem more like talk to hide the fact of how frightened they have become. 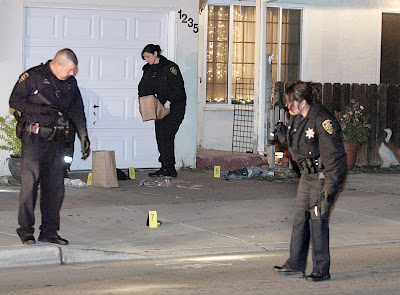 What’s worst for me is I have become resigned to my life behind the crime scene tape. It’s not a novelty anymore, it’s not unique, and it’s just another assignment. I wish things hadn’t turned out this way in our town.
Posted by Glenn Moore at 3:15 PM