The Year In Review: The end of the innocence Waiting in the city council chambers surrounded by dozens of other journalists I waited for the words none of us wanted to hear. Sandra Cantu’s body was found inside a suitcase dumped in a dairy pond north of town. She was dead and our hearts were broken. 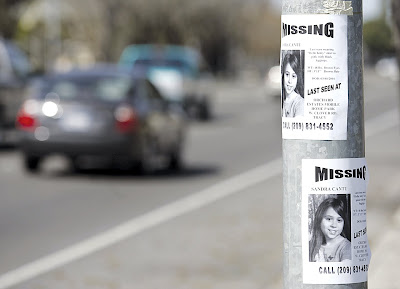 I was standing on a soccer field when I saw the helicopter hovering over a section of town up north. Right away I new something bad had happened. That was how the assignment started as search for a missing child. That Saturday morning would lead to probably the biggest story I have covered in my 20 years of being a journalist and certainly my saddest. 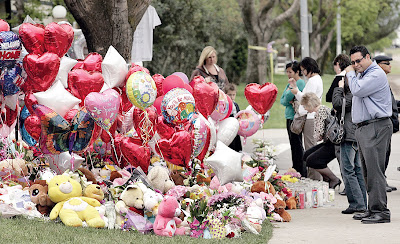 Those two weeks the Cantu story dominated my waking hours as I followed the frantic searches, candlelight vigils, press conferences and later on the homicide investigation. But the worst part about covering the story was the grief. The early days fear and suspicion would pass to inconsolable grief as community members and those who felt touched by Sandra’s death would gather at a memorial outside the mobile home park where she disappeared. 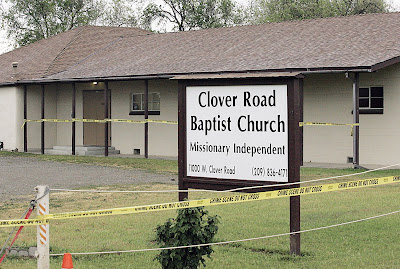 News of her death brought the hunt for her killer and assignments outside the Clover Road church photographing FBI investigators. Hoards of media descended on the town and everything seemed so surreal. It did not look like the same town as television trucks rumbled through town along with caravans of police cars and investigators. 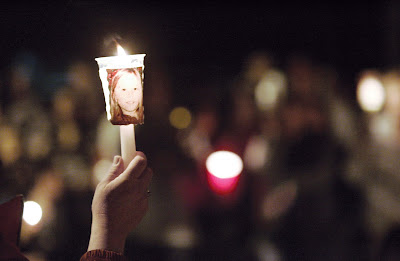 Among things that stand out most from those days were the candlelight vigils with strangers standing shoulder to shoulder in the cold as they prayed for a missing little girl. And there were the posters of Sandra posted everywhere. On light poles, store windows cars traveling through town-you would see Sandra’s face everywhere. After the announcement of her death the family asked for them to be taken, as it was too much to see her everywhere. 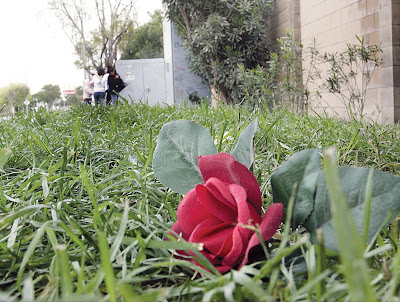 I think about those two weeks a lot, probably too much. I remember the video of Sandra skipping to her house and I feel sad thinking all the photos I took of the search, all the vigils all the effort we made to find her and she was already gone. 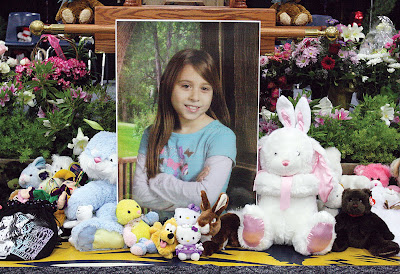 The tears have been shed, the memorials removed and life goes on. Our saddest moment made us stronger in some ways as we banded together in our search, joined together in our grief and remembered one life lost too young.
Posted by Glenn Moore at 10:18 PM