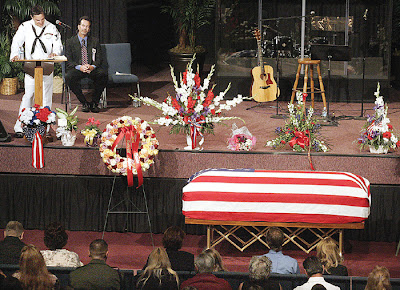 One of the hardest assignments you can ever cover for a newspaper is grief. The emotional outpouring over the loss of a family member or friend is hard to witness and even more difficult to photograph. 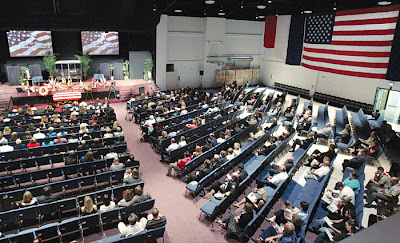 I was assigned to photograph the funeral for Marine Cpl. Charles O. Palmer II. Palmer was the first serviceman from Manteca to die in the Iraq war. 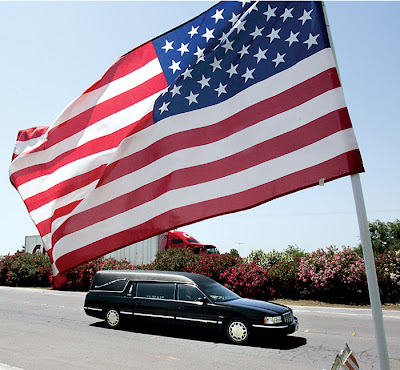 I have covered the stories of the Tracy soldiers and Marines that have given the ultimate sacrifice for their country. Six have died and I remember the various photos that have run in the paper. Parents watching the news of their sons death, a wife grieving over the loss of her husband, a mother clutching the flag that covered her son’s coffin. I sometimes struggle to remember all their names but I always remember the pictures. 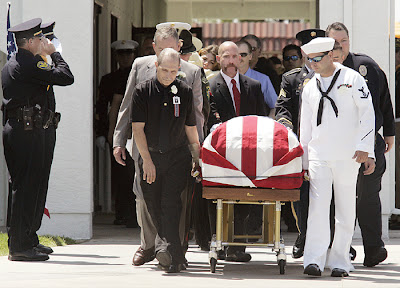 Maybe I am just getting numb to the war or God forgive me, I am getting accustomed to the losses we suffer. The funeral of Cpl. Palmer was a sad event but it didn’t bother me as much as some of the other memorials I have covered in the past. 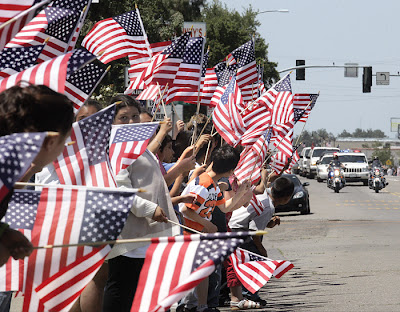 Back at the office I looked over the program they were handing out at the funeral. On the back was a copy of the handwritten letter Palmer wrote as he asked to reenlist in the Marine Corps. Sometimes it is just too much too bear. 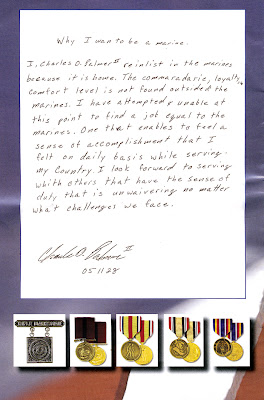 Mr Moore, Thank you so much for the how wonderful your site is. If there is anyway that you could send me some of the snapshots that you had taken it would be greatly appreciated. I'm putting together a book for the children.
my email is tmmundis@msn.com.
Thank you again.
Tanya M. Palmer