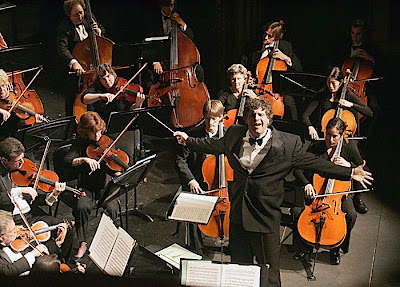 The Stockton Symphony made its first performance at the Grand Theatre and I was assigned to photograph the performance. 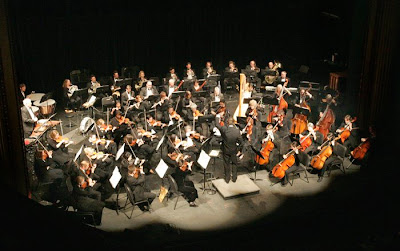 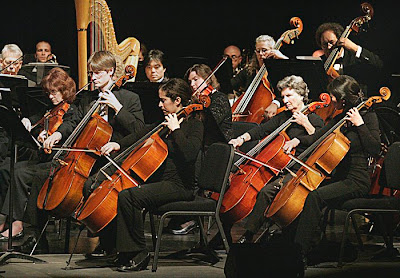 It was a little tricky, bright spotlights, black clothing black background made for a very contrasty scene to photograph. 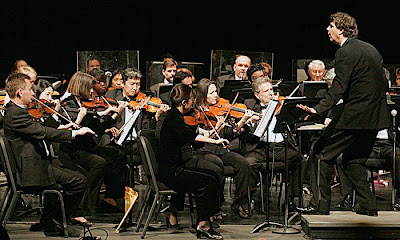 I basically underexposed the scene by two stops to hold some detail in the highlights and keep the black portions of the pictures reproducing black. 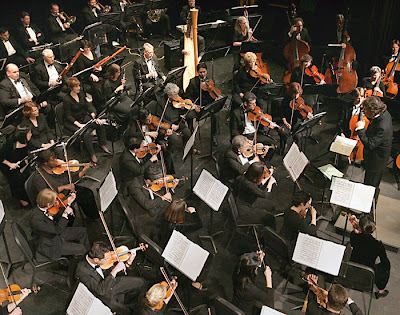 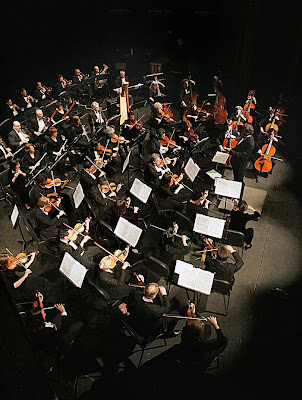 The best vantage point to photograph the concert I found was from one of the second floor balcony box seats. I had an almost straight down view of the entire group. I switched between wide angle and zoom telephoto lenses for some tight crop shots of the conductor.
Posted by Glenn Moore at 10:15 PM

Bravo wonderful pictures someday I will get inside for myself.

hello glenn.. what a wonderful pictures u got here.. I love it!