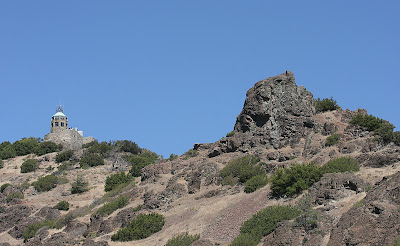 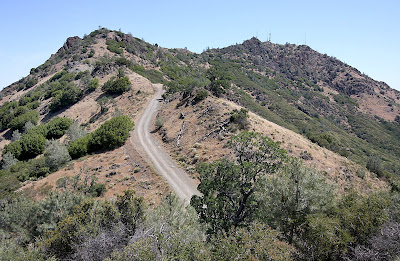 After a rough month at work I was ready for a break so it was off to the hiking trails with Alice DeLaurier O’Neil. We returned to the rugged trails of Mount Diablo for a special hike. For a different view we picked the Double Summit hike. 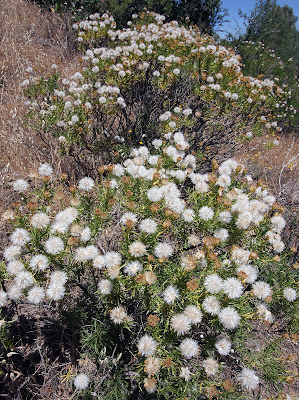 It doesn’t look to bad on the map, drive all the way to the Summit Building that sits at 3,849 feet, climb down a ways, hike over to the North Peak and climb to its top at 3,557 feet. Piece of cake right? 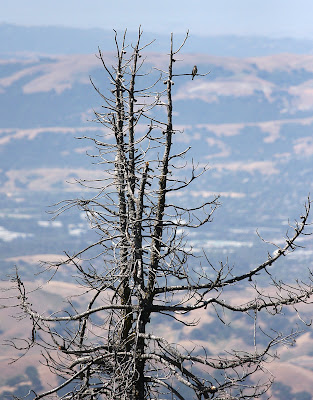 Loaded with water, hiking poles, Canon 40D cameras and granola bars we headed out along the small rock trails. It is was a little intimidating to look across and see the North Peak towering in the distance. We had planned on a four-hour hike for the down-then up-then back down-and up again journey across the two mountain peaks. 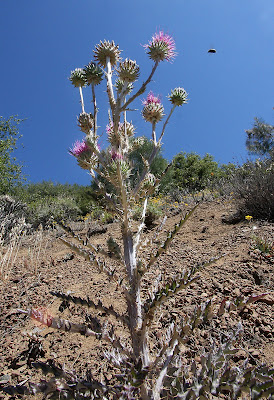 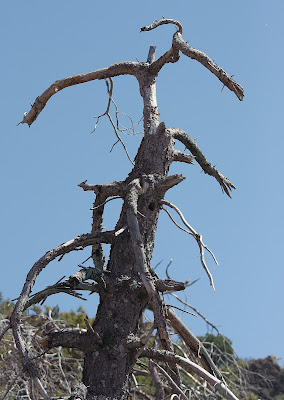 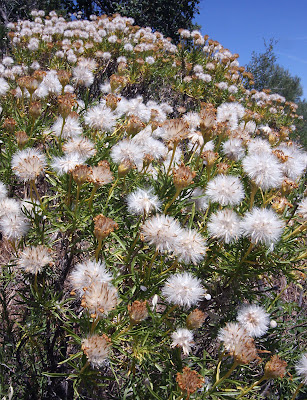 Heading down from the Summit building the trail was a rolling rocky affair with sparse plants and little shade. We took in the sweeping vistas looking out across the park. A few wildflowers dotted the trailside along with clumps of juniper plants scattered about. 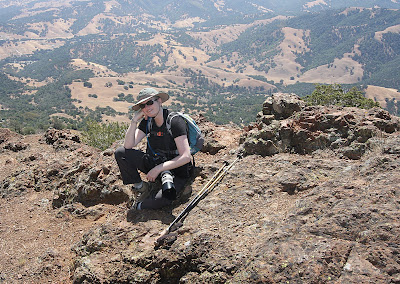 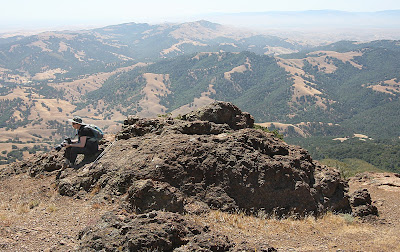 It was hot, slow going as we worked our way across the mountainside stopping for the occasional water break and to snap a picture. A rock formation was a great place to take a portrait of my fellow hiker Alice as we took in a cool breeze. 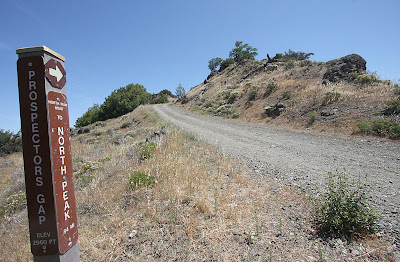 The footing was a little shaky as the narrow trail was covered with loose pebbles and rocks. After about two hours we reached the Prospectors Gap junction with the North Peak Road and were greeted with a view of the dizzying steep trail up to North Peak. 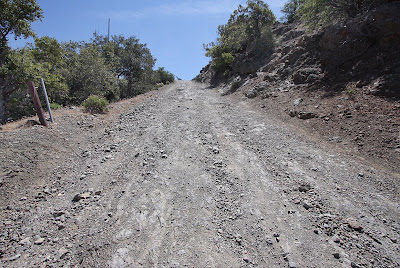 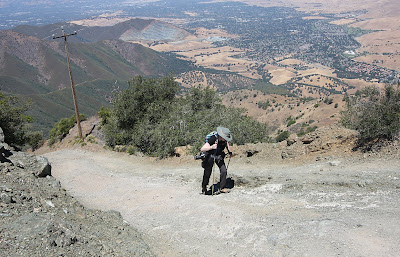 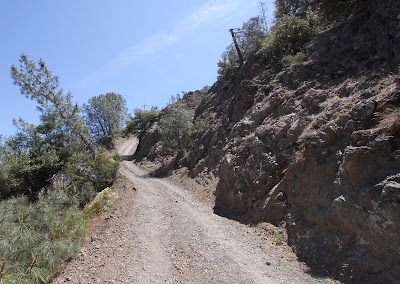 The further we climbed the steeper the trail became reaching almost 14-degree incline as we struggled our way up. Digging our hiking poles in we fought our way up to the top were a series of antennas and a simple marker let us we had reached the top. 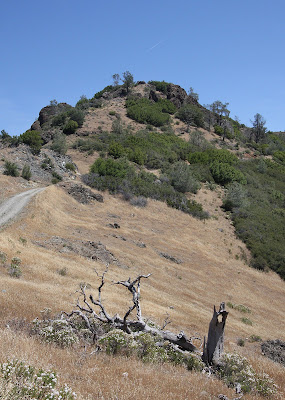 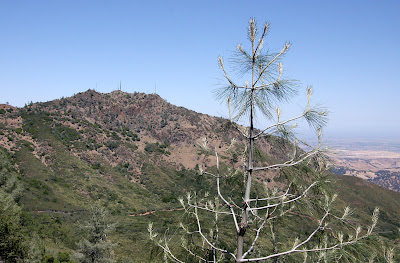 We stopped to catch our breath and celebrate our climb with a granola bar before we tempted fate and tried to make our way back down the dangerous incline. I took it slowly, a few feet at a time and prayed I didn’t tumble down the trail. 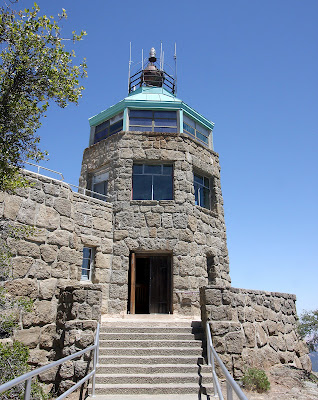 Finally back down on the Summit trail we started our long climb back up the Summit Building. After about four hours of huffing and puffing, hiking the 6.17 miles and climbing up and down 2,000 feet we were back at the Summit Building where I took one last shot of the visitors center and the North peak for the observation deck. 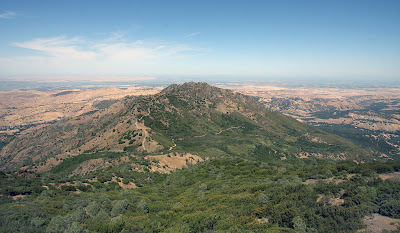 Tired and sore from our first strenuous hike of the season I was glad we made it before the really hot weather settles in. The Double Summit hike was one we had been talking about for awhile. We have now climbed three of Mount Diablo Park’s five peaks. Three down, two to go, maybe this fall will be a time to try for Mount Olympia.
Posted by Glenn Moore at 10:07 PM