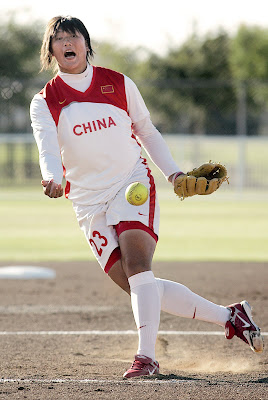 You wouldn’t think I could shoot a Tracy Babe Ruth team and the Chinese National softball team in the same week. But I actually managed that feat with out traveling too far from the office. 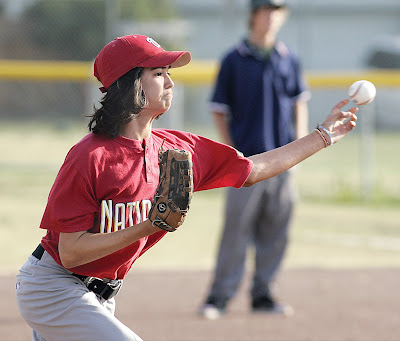 Across town and a world apart two vastly different teams took to Tracy ball fields for action. The 11-12 year old Babe Ruth team in their semi final game was one level of action while a visit from the Chinese National Softball team who will compete in the summer Olympics made a visit to the Tracy Sports Complex for a series of exhibition games before returning to China for the Olympics. 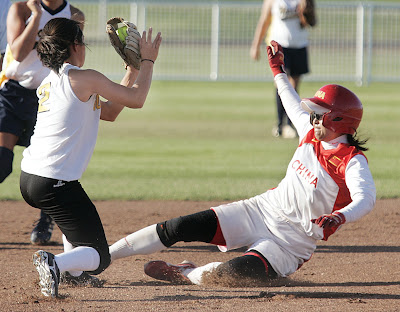 Apart from the uniforms the action looked pretty much the same. The speed of the players was much faster with the Chinese team as they are considered one of the top teams in the world. 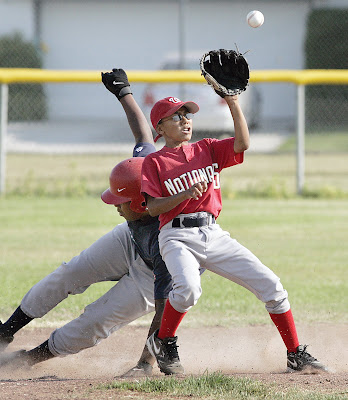 My greatest problem was a language barrier. I am not fluent in Chinese and the team was not very good in English so there was a large mountain to cross for even the smallest details like getting a roster from the Chinese team. I’ll never make it to the Summer Olympics but at least I got to see some of the action up close.
Posted by Glenn Moore at 2:20 PM