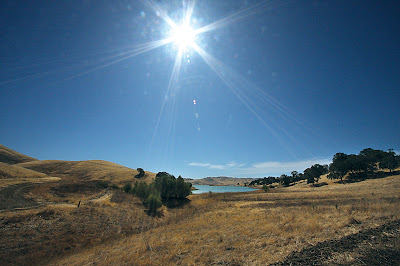 Ok, I may have made a mistake with this hike. While my hiking buddy Alice is In Africa I planned two solo hikes. The first was a solo trip to the summit of Mount Diablo that I made on August 15th. It was a nice hike; mild temperatures and all went well. My other planned hike was quick jaunt to the Los Vaqueros Watershed to take on the Peninsula Trail Loop. This would be a 10-mile trek across the mostly barren trails that run along the reservoir. I had figured the Mount Diablo summit hike would be a grueling ordeal but I was pleasantly surprised with a nice hike. I thought the Los Vaqueros hike would be a piece of cake in comparison. Well, not quite. The Peninsula hike quickly turned into my 4-hour death march that I was looking for this summer. 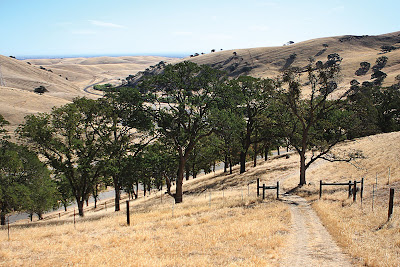 I knew I was in trouble when I opened my front door to load my car before the hike and I was greeted with a wave of heat like when you open the oven door. It was just about 8:30 in the morning and it was already warm. I should have taken that omen to heart and hiked to the couch to watch a movie. I decided to press on and headed on to the reservoir in Contra Costa County near Mount Diablo. 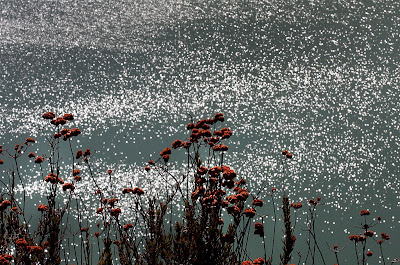 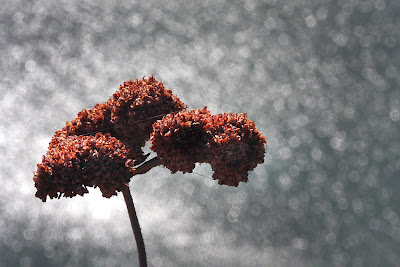 I had packed for a normal summer hike, one 70 oz. hydration pack of water, two frozen bottles of Gatorade and my Canon 40D with three lenses. I arrived at the parking lot a little after 9:00 and was on the trail by 9:30 am. It is a pretty straightforward hike I had planned, park near the Interpretive Center, pick up the Los Vaqueros Trail at the dam, follow it to the Peninsula Trail, and make the loop and head back. Sounded simple and Alice and I had made the same hike in January. The only difference was in January the temperature was about 40 degrees and I thought we were going to freeze on the trail. This summer hike was a little different. The temperature was a little warmer, about 60 degrees warmer. I didn’t know it but the daytime temps at the watershed were hovering in the high 90s to 100 degrees when I got started. 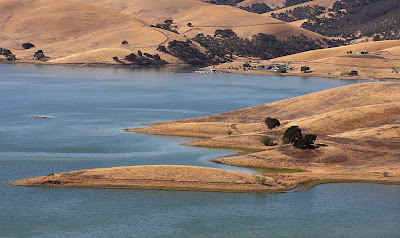 The Los Vaqueros Watershed is I guess what you would call an open spaces type of trail. There are 55 miles of hiking trails in the facility and almost all of it is in completely exposed terrain. Hardly any tree cover, no shade from hills, just lots of grasslands and sun-baked dirt trails. Looking back this trail and many others at the reservoir are best done in winter or spring with cooler temperatures. My last weekend in August hike was going to test my endurance and will as I navigated the 10 miles of terrain under the broiling sun. 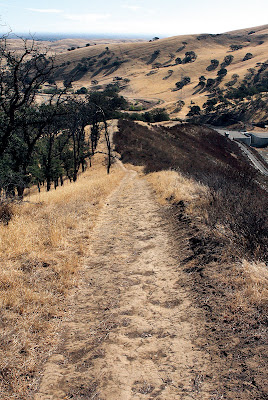 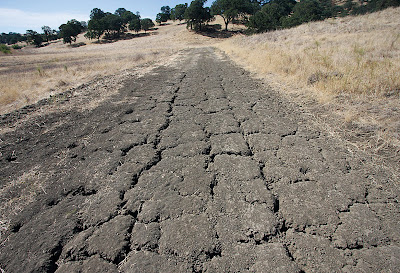 The route I picked is a challenge in any weather. Starting from the dam you have a steep climb to get to the top of a ridgeline followed by a series of switchbacks to carry you down to the reservoir shoreline. Once there a four mile or so course follows the peninsula jutting into the reservoir. You follow it back and around and eventually turn away from the water. There you are faced with another climb to get above another ridge and then drop down to meet the trail you came in on. From there it is retracing your steps back up the hills to the parking lot. My GPS unit mapped it out at about 10 miles with a total climb of 1,708 feet with a maximum elevation of 1,000 feet. Lots of up and downs on this trail. It’s a brutal hike and the hotter the weather the worse the climb. 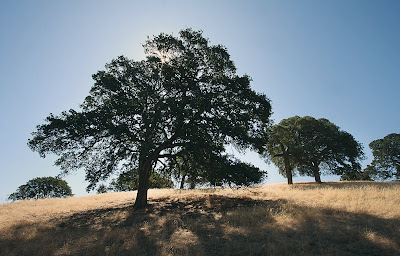 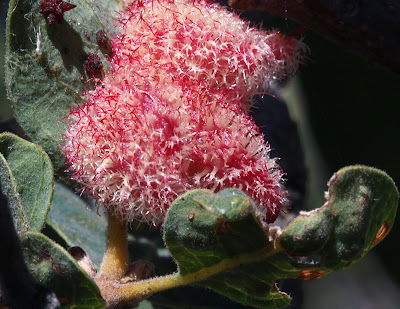 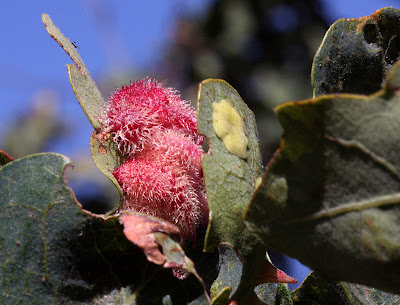 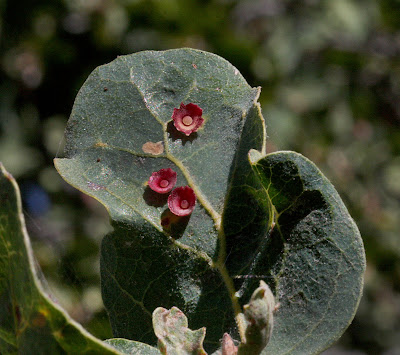 The first leg of this hike make you work hard. It is a straight shot up the ridgeline from the dam. The trail had been basking in the sun for a couple of hours and I could feel the heat radiate up into my face. I labored up the hill stopping every now and then to admire the view of the reservoir and the peninsula I would be hiking around. It was quiet except for the sound of me gasping for air as I climbed steadily higher. The trail finally tops off and then I began a series of switchbacks cut into the side of the hill to carry me down to the shoreline. 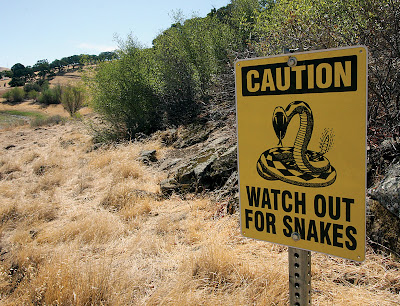 It was hot, no wind and the lack of shade was disheartening. I trudged along the dry grasslands toward the shore and thought about turning around. The air was stifling, the sun was beating down and I was not even an hour into the hike. I decided to just see how far I could gut it out and about an hour in to the hike I reached the junction of the Peninsula Trail. This would be about a four-mile section that winds along the shore and back into the hills. This section is mostly level with a few small hills to climb up and over to complete the loop. 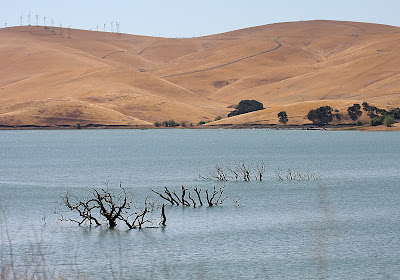 The worst thing about this hike was there was just no place to rest. If I wanted to take a breather I had to stop in the sun. There are no picnic tables under an oak tree, no benches to kick back on to catch your breath. You either walk or bask in the sun, it was my choice. I pushed on and after an hour and half of walking I found my first small spot of shade from a tree overlooking a section of the Peninsula Trail. I was almost done with my two bottles of Gatorade and was already working on the water supply. It was hotter than I had planned for and I was starting to feel those telltale signs of dehydration, lightheadedness, tingling in the lips and tongue and I wasn’t even close to halfway through the hike. I sipped water and continued on. 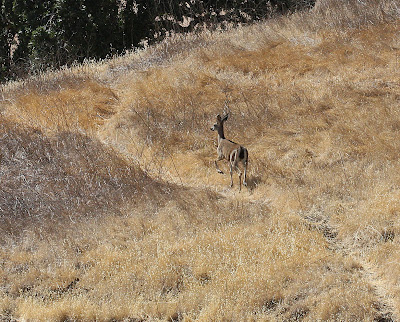 My one lone visitor on the trail was a deer I surprised getting a drink of water at the shoreline. He bounced up the trail at the sound of my footsteps and up the hill to a cooler spot to watch me hike on. A flock of pelicans watched from the water as I rounded the corner of the trail and headed back into the hills. I was nearing the homestretch but I could feel I was starting to fade. 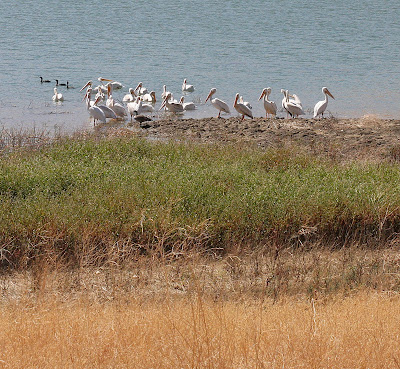 I was in a bad spot. I was too far to just turn around, I might as well finish the loop I thought. I started taking more stops on the trail, especially on a nasty climb that would take me back to the Los Vaqueros Trail junction for another climb back up. The heat was sapping me as I walked along. My camera gear was getting hot, the first few sips from my water bladder were warm as the pack and tube grew hot in the midday sun. I still had one last climb, the worst one through the switchbacks to get back to the parking lot. 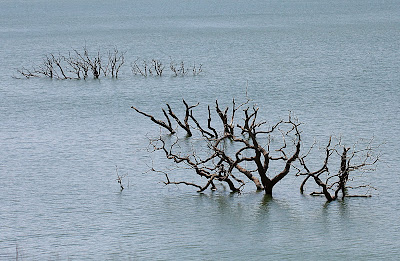 I was really starting to hurt now. I wanted to take a big rest but there just wasn’t any place to go. No shade, not even a rock to rest on. I felt my face it, was hot and dry, I think was starting not to sweat even though I felt clammy everywhere else. I was starting to regret this hike and thought it was just best to push on as best I could up. I risked taking off my hat to vent some heat and let a little bit of sunburn get on top of my head but I was just getting too hot. I was in a bad spot, still climbing, hot, nowhere to rest and then to make matters worse at the three and half hour mark of the hike I ran out of water. No way to hydrate until I got back to my car. It was sink or swim so I just pushed on and up. 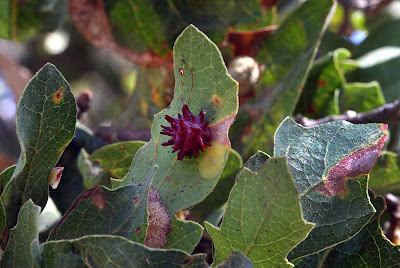 Finally I crested the hill and was greeted with that long straight down shot of the trail that leads to the dam. I was a little dizzy and not really paying attention when I either missed seeing a hole or got caught in a rut in the cracked dirt but I started to roll my left ankle. The pain jerked me back to reality as I flopped on down. Finally, fours later I reach the dam and the paved road leading to the parking lot. 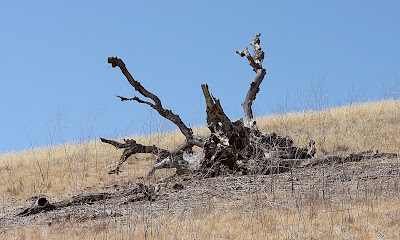 I was in bad shape. Dizzy and too hot I found a bench overlooking the dam and tried to rest. I haven’t been that hot in a long time and the dizziness and heat made me feel like I wanted to pass out. I really didn’t want to turn into someone else’s news story so I picked up myself the best I could and slowly made my way to the parking lot. It seemed to take forever where I quickly downed my third Gatorade of the day. I had survived my death march but just barely I thought. 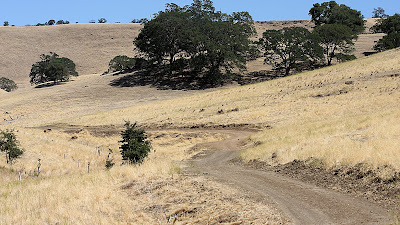 Looking back it wasn’t the best idea to hike such an exposed trail in late August. The summer months are better suited for coastal trials and cool ocean breezes. I did complete this one and it turned out to be one of the hardest hikes I have tried. I think this adventure is easily harder than a summit hike and is close to being in the eagle Peak category for testing physical endurance. My next hike will be a cool one for sure. I have my death march for the year, now I just need a walk in the park.
Posted by Glenn Moore at 3:28 PM

Glenn! Don't do that again!
I am happy to read you wore a hat, for once!

I've hiked all of that, can't imagine doing it in the summer heat. It's a miserable slog going back. Nice photos, nice to hear you made it safe and sound.

Could not stop reading... wanted to know if you ever got back or died on the trail...