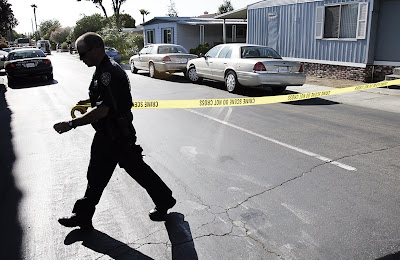 For the second time in five months I found my self at the entrance of a mobile home park photographing a police investigation into a murder. A 58-year-old woman lay dead inside her home at the Green Oaks Mobile Home Park from multiple stab wounds to her upper body. The second murder in five months in my hometown. Our town

It seems hard to believe. Murders are few and far in between, or at least that was the way it used to be. For those that think Tracy is a sleepy little Hamlet they are greatly mistaken. It has its share of crime and violence. I just can’t seem to remember it being so close together before. 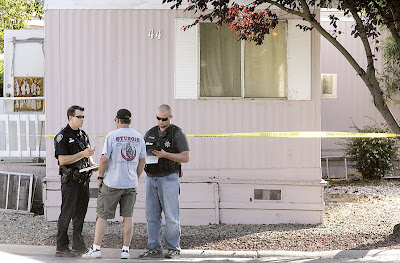 Through the years I have covered many spot news scenes. Bank robberies, shootings, assaults and the occasional homicide I photographed them all. One of my first assignments after joining the Press was the story of a young clerk working at the Chevron gas station on north Tracy Boulevard who was gunned down one night during a robbery. A senseless killing I remember photographing the family at the Tracy Police station as they sought clues about the killer who was eventually caught.

I don’t remember the names of a lot of the victims but I do remember the pictures. There was the SWAT team that arrested the killers of a young man shot in his home when gang members broke in looking for his parent’s firearms collection. The crying suspects in court of three people who strangled a man to death in his bed during a session of what they called “kinky sex.” 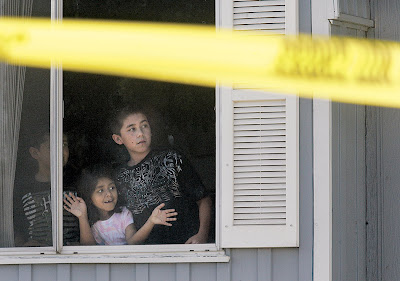 Just recently Tracy marked a somber anniversary as the parents of Jason Bowen And Samuel Salinas marked 10 years since their murders. I can remember being in the Bowen family’s home working on the story and the pain in their eyes. It never gets easy dealing with stories like this and even 10 years later it was hard to talk to the parents about the murder of their children.

The unsolved killing of a man in Alden Park was a lingering reminder that Tracy has its fair share of big city crime but nothing could prepare us for the Sandra Cantu murder case. If any residents thought they were living in Mayberry and could sleep with doors open at night that tragic two weeks brought them back to reality.

And now I I’m standing at the crime scene tape once again looking at another tragedy. A woman killed, no reason why yet, two suspects in custody and more proof that bad things do happen in our town. But things aren't as bad as they sound. 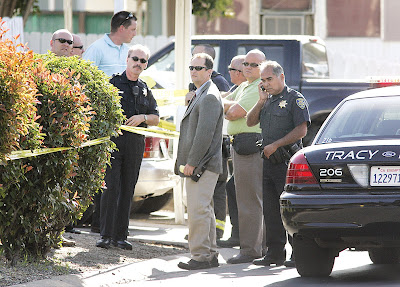 Look at the news coming from Stockton and the plethora of shootings that occur there on what it seems like a daily basis and you feel glad you’re sleeping in the Tracy city limits. Someone told me that Stanislaus County is up to about 18 homicides this year. I look at the San Joaquin Sheriff’s report every day at the roll call of crime and brutality around us in the county is enough to make some think of life in Alaska or some other remote location.

Our town does have its problems but it could be so much worse. I am glad that when an event like this murder happens it shocks the community. We are not living in a town where murders are common place. We don't live in fear of where will the next murder happen or who will die next. This crime happened here but it is not a sign of who we are as a community.

This morning I photographed the dedication of a new playground at Jacobson School in memory of Sandra Cantu. I think that is a true picture of who we are. Strangers and friends gathered together to remember a lost love one, helping one another and never giving in to fear. That is Tracy, our town. 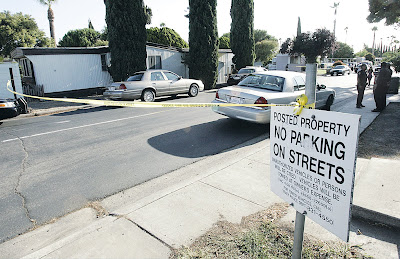 Glenn -- this is sad, but really very good.