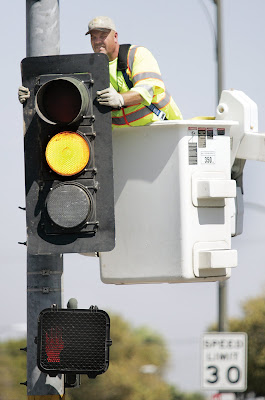 They say lightening never strikes the same spot twice. That may be true and most accidents never hit the exact same spot but here in Tracy one accident seems to happen on a regular schedule. On the south east corner of Central Avenue and 11th street sits a lonely traffic signal that has to be the hard luck light of Tracy. 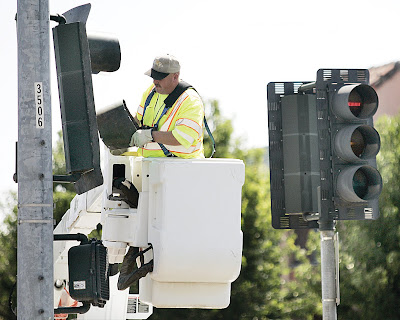 I can’t remember how many times this traffic signal has been smacked but it is a bunch. Recently the light has been struck twice in the last two weeks. Commercial trucks heading north on Central Avenue turning eastbound onto 11th Street are the usual suspects. 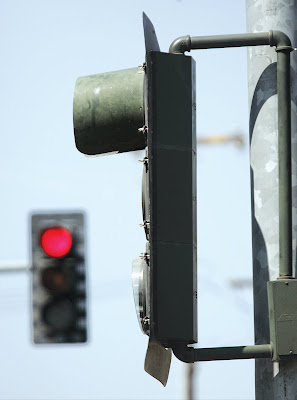 It happened again today and driving over I already knew which city worker would be there and what the photo would be. I kind of have it down to a science getting the shot with the mangled light and city worker in the same frame. I have had lots of practice over the years to get it. 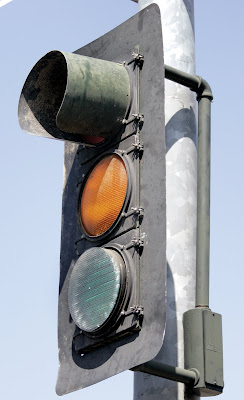 I think the city should invest in some fortifications for this beleaguered light. Maybe those steel tank traps they used to defend beaches from invasion during World War II might be a good deterrent for errant drivers. That or land mines, that might work too.
Posted by Glenn Moore at 4:37 PM