A glimpse of grief 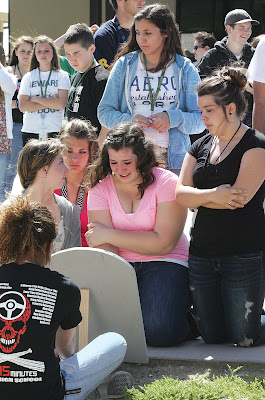 Tracy High school held their Every 15 Minutes program the other day and I was there to record the event.  For those who don't know Every 15 Minutes is a drunken driving austereness program for high school students.   A alcohol related fatal accident is staged using the students complete with an air ambulance and an arrest of the driver.  Leading  up to crash a student is taken out of class every 15 minutes by the grim reaper and their obituary is read.  This is a reminder of the statistic that a drunk driver kills someone on average every 15 minutes. 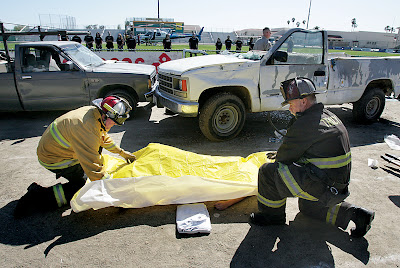 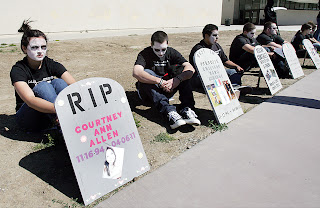 I have covered my fair share of accidents-including fatalities-and have seen all forms of despair, suffering and grief.  I have learned to build a wall against it-you have to if you want to stay sane in this business-and do my best best to move on after a horrific accident.  Sometimes the wall crumbles and I tend to feel too much but it is part of the job.  The Every 15 Minutes is a great program and I guess it is as real looking as they can make it so it was interesting to watch the students and staff reaction.  It's all make believe but for some the grief feels all too real. 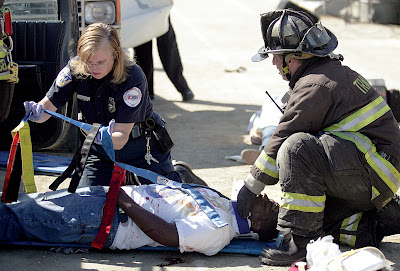 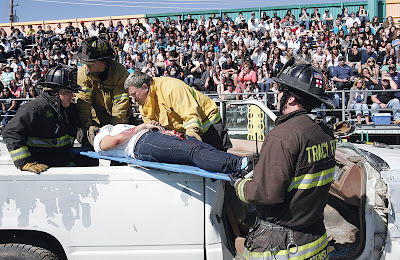 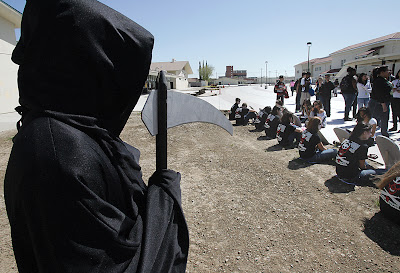 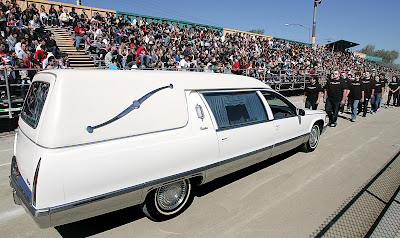 I followed along as the grim reaper removed a couple of students from their classroom to join the ranks of the walking dead.  A teacher reads the obituary to the class and you can hear the sobbing begin.  A quick glimpse around and you can groups of students doing their best to stifle their tears.  A single rose is placed at their empty desk and we left the classroom to their tears. 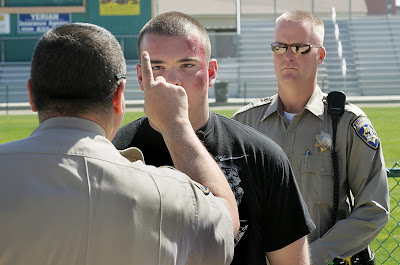 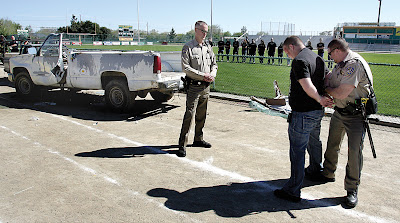 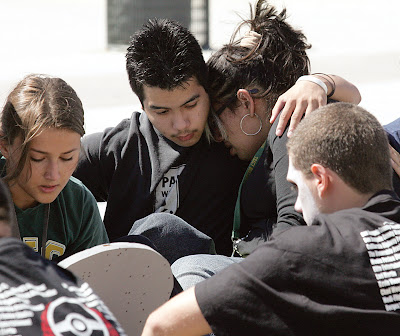 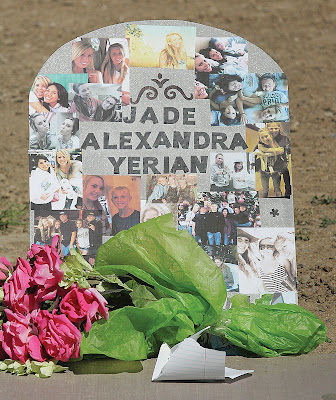 At the simulated accident I talked to the student playing the role of the fatality, I asked her if she had ever been to a real accident.  She had never seen one in person she told me.  Nothing can brace someone for the sight of broken glass, car parts and blood scatted about a crash scene.  At a fatal we in the media wait for that inevitable moment where a yellow tarp is placed over the victim.  It is a sight I would wish no one else would have to see.  I know the flood of emotions at such events and I could only imagine what students would be thinking if it really were their friends lying dead in the dirt. 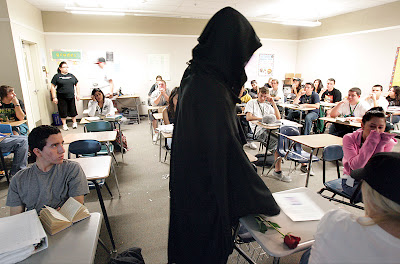 Later students portraying the dead gathered at their grave markers as their friends and classmates visited.  Some were overwrought with emotion as they cried in front of cardboard tombstones.  Some wrote notes remembering their friendship, a choir sang a song in the distance adding to the solemn tone.  It is a a brief glimpse of the pain and grief a real tragedy can bring  and the program's message seem to hit home on some of the students gathered. 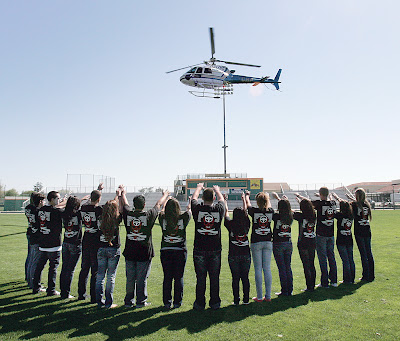 For me I have seen my share of sorrow.  I can live a happy man never having to see sights like this-real or imagined.  But down deep I know that won't happen and that one day I will be at the side of the road as a real tragedy unfolds before me and the grief that I see will be all too real.
Posted by Glenn Moore at 2:26 PM