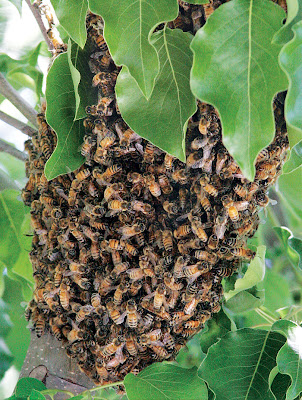 There was a new buzz around downtown this morning and it wasn't a new business.  It was the buzz of hundreds of honey bees gathering in a tree off Central Avenue as they swarmed downtown. 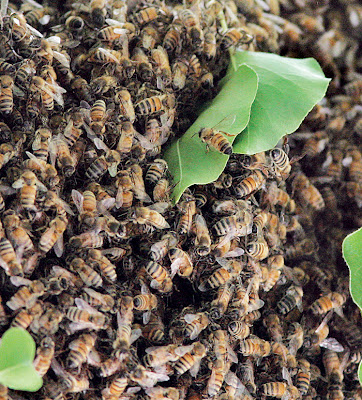 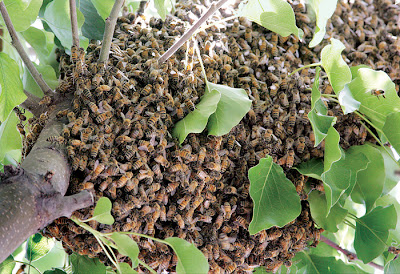 They seemed  calm enough as they clung to a branch about 15 feet above the sidewalk.  The occasional bee would leave the swarm and fly around the leaves before rejoining the mass on the branch. 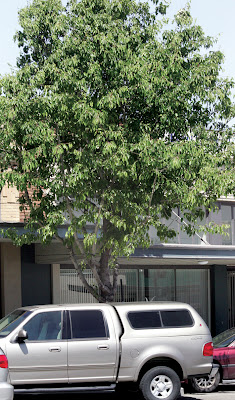 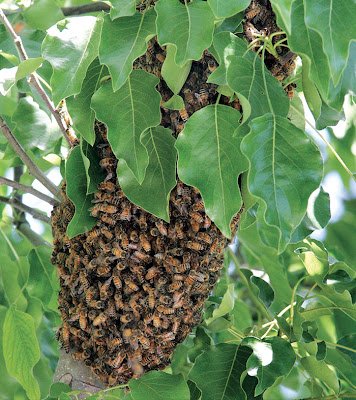 The city weighed their options of removing the swarm and settled on just leaving them be.  They are probably just making a brief stop as they search for a permanent hive location to set up shop with their queen. Until then there are the new biz buzz in downtown.
Posted by Glenn Moore at 2:19 PM