The year in review: The hottest assignment of the year 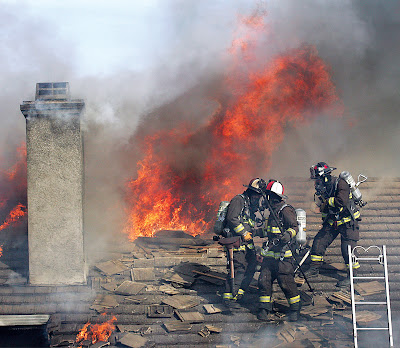 Turning east onto 6th Street I could see the line of flames and heavy black smoke pouring from a fence and house fire off Falcon Court.  I was still block away but I knew this wasn't going to end well. 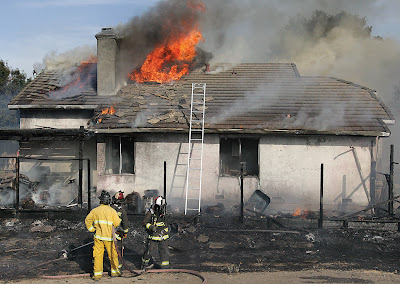 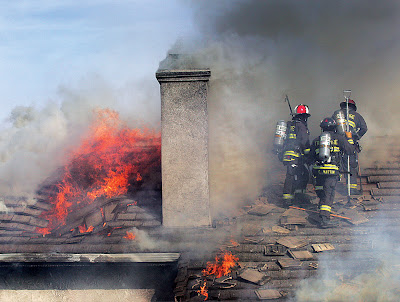 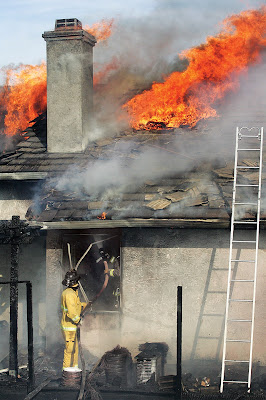 Kids plying with matches led to the biggest fire I covered during the year.  Getting on scene through the thick smoke I could see the flames licking across the front of the house.  I found a good shooting vantage point in the empty field next door and watched as flames devoured the roof. 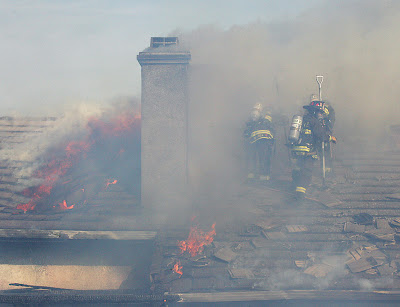 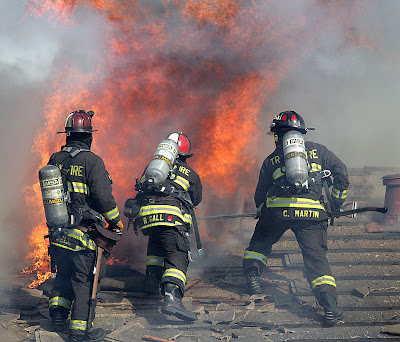 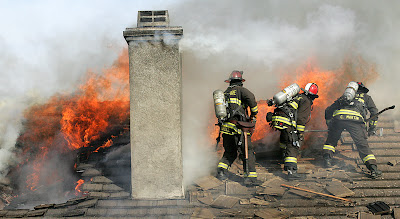 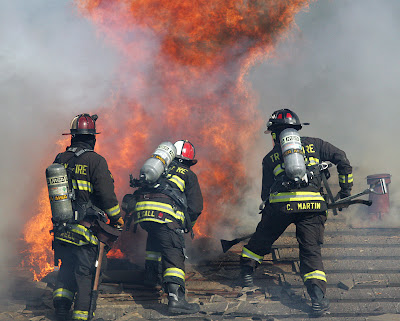 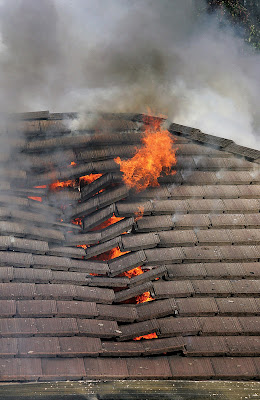 A fire crew went up the roof to ventilate the attic spaces and as I watched them work on the right side of the roof the left side began to collapse.  Flames were billowing up through the gaps as the roof began to buckle.  The crews cut their holes and left the roof and minutes later the right side where they had been standing caved in. 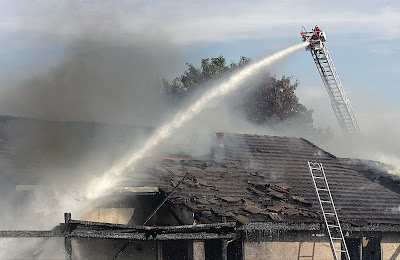 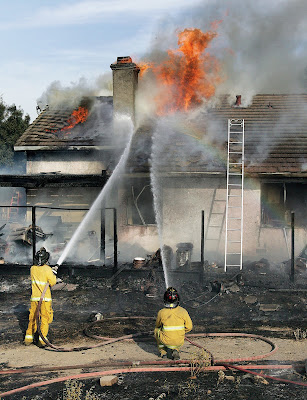 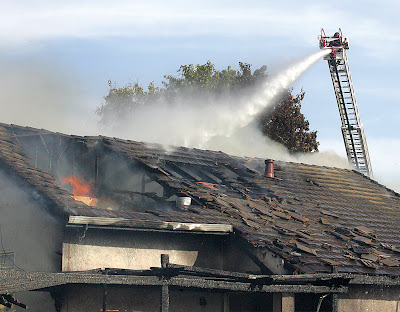 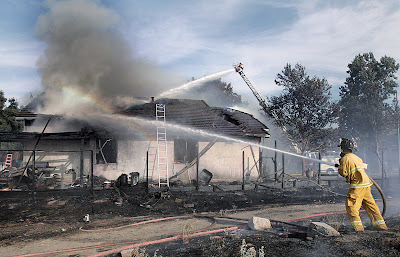 It has been some time since I saw a fire burn so fiercely in a home.  I talked to the crews that were ventilating the roof and they described it as one of the hottest fires they had fought.  Cutting the ventilation hole released a blowtorch of flames towards them.  The chainsaw they were using kept shutting off-the engine starved of oxygen in the the thick smoke from the fire. 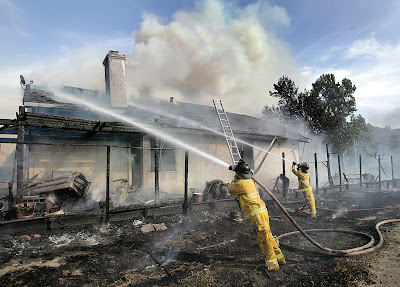 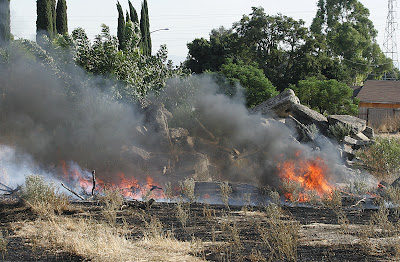 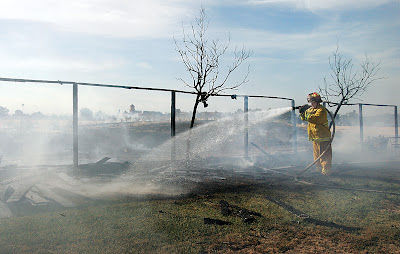 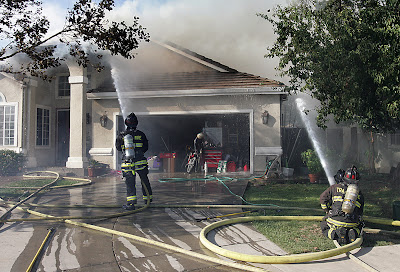 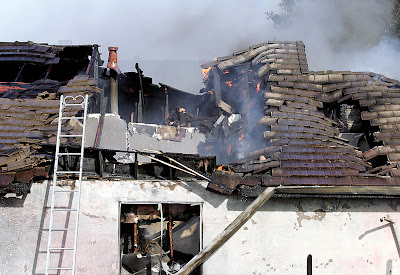 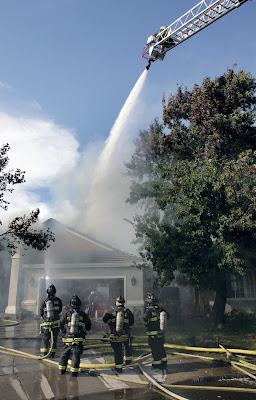 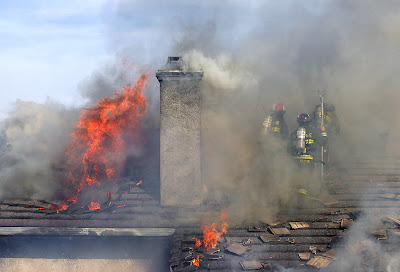 Thankfully no was injured in the blaze. It is tragic that the family lost their home in a criminal act but possessions can be replaced, a life cannot.  It was one of the more spectacular fires I have covered and probably the top spot news event of the year.
Posted by Glenn Moore at 2:37 PM