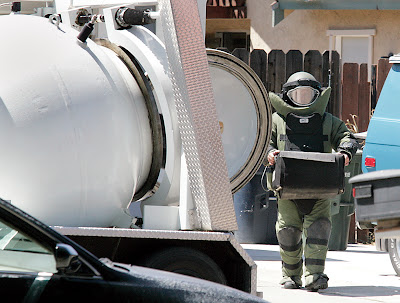 What a crap-tacular day.  I knew this day was going to go right down the toilet when I was turned away from my first assignment at 9:30 in the morning because we did get prior approval to talk to citizens at the Larch-Clover Center.  That bode well for the dung heap day in store for me.  From felony stops to learning of the death of  Tracy education leader to fighting our website's content management system I learned quickly I should have stayed in bed today.  But every dark cloud has even darker core ready to spew a shit storm down upon the weary and unsuspecting.  Cue Racquet Drive. 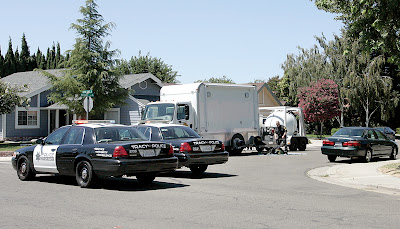 All morning long I had heard something about the San Joaquin County Sheriff's bomb squad being called to Tracy over the police scanner.  We made calls to everyone we could think of including the police but no one would talk about.  But as I sat down a little after to 2 p.m. to have a corned beef sandwich after a photo assignment scheduled for the same time fell through I heard the police announce the bomb squad was on scene and they were closing down streets off Tracy Boulevard. 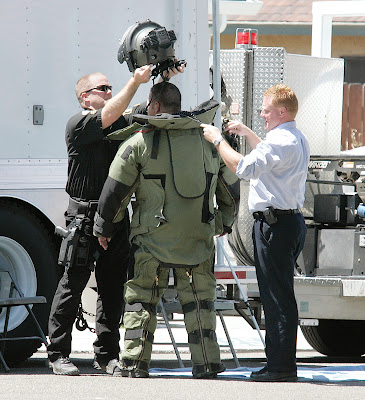 One of the things I hate about my job is the pure panic mode you have to be able to switch into at a moment's notice.  One second I'm eating a corned beef with smokey cheddar sandwich the next I am trying to get to Centre Court Drive as fast as I can to catch a glimpse of the bomb squad.   I pulled behind a pickup truck as the police cordon off a 60-yard perimeter around a house at the corner of Center Court Drive and Racquet Drive.  The bomb squad was  already on scene with their trailer and I have to figure out what is going on quickly so I can send the info back to the office so they can tweet it.  Hating life already.  So what brings the bomb squad and a small force of tracy Police officers to this street?  A first-aid kit. 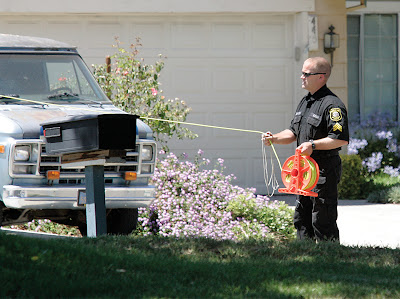 No lie, a 1930's era vintage Girl's Scout First-Aid kit was the culprit.  The Racquet Court homeowner had the first-aid kit listed on E-Bay.  Somehow they were told of a potential hazard with one of the kit's items, a bandage impregnated with a chemical used to treat burns.  Over the years the chemicals can crystalize and become unstable leading to the possibility of fire or explosion.  Cue the bomb squad. 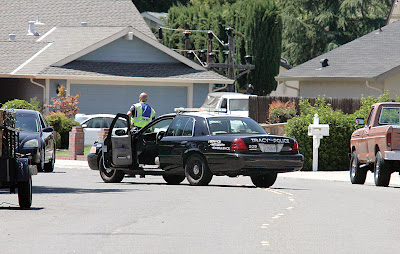 So this became a full sheriff's office bomb squad event complete with the dude in the green bomb proof suit.  It's photo ops like this that we look for, like the fire department guys in the blue rubber suits at a hazmat call.  So I get the standard shots, bomb squad guys putting on their gear, getting the equipment ready, roadblocks on the street and even manage to capture my car sitting near the ambulance blocking the street.  Nice, I'm probably in the blast zone but today who cares? A bomb blast could probably be a good thing. 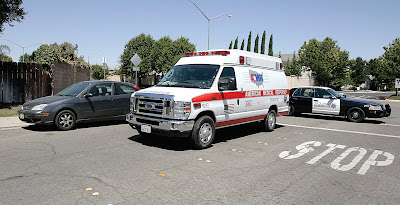 Then it just becomes a waiting game for the money shot, the bomb squad guy in his puffy green suit carrying the would-be deadly Girl Scout kit to the bomb trailer.  I fire off a sequence off as he walks to the trailer and shoves the box in the trailer and then its all over.  I wait for the roadblocks to lift so I can drive back to the office and finish the now cold remains of my corned beef and smokey cheddar sandwich while I process the bomb scene photos. 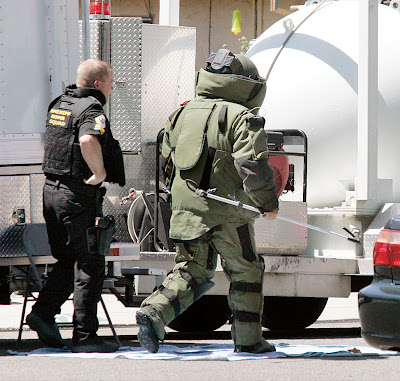 Run and gun, that what this whole week has been.  I need a hike to clear my mind.  Too much of this crap lately.  One of the last calls I heard on the scanner before I headed home was a call for police to go to the Sonic restaurant at the mall where two men are tossing cats around.  Cat juggling in the late afternoon.  Fitting end to a crappy day and week.  Later I got to thinking it might have a better call if the bomb squad had been called to remove a box of Girls Scout cookies.  Hell I might have even tried to go in there myself get them out. 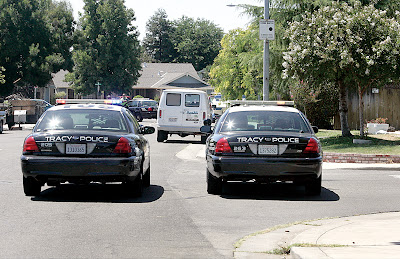